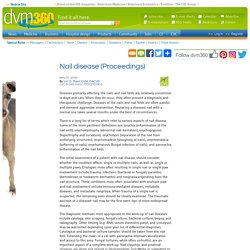 When they do occur, they often present a diagnostic and therapeutic challenge. Diseases of the nails and nail folds are often painful and demand aggressive intervention. Replacing a diseased nail with a normal one takes several months under the best of circumstances. Laboklin - Labor für Klinische Diagnostik. Diagnostic Tests: Tips from the Dermatologist #2. Article by Rosario Cerundolo DVM, DipECVD, CertVD, MRCVS Posted on Jun 13, 2013 | This is the second in a series of short articles with the aim to encourage colleagues in practice to become familiar with and use more often this diagnostic test. 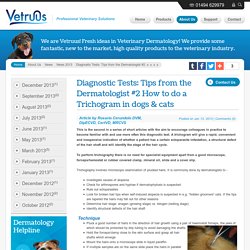 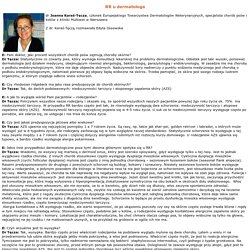 Before prescribing Trilostane...(Discussion of UTK adrenal panel) [Archive] - Canine Cushing's Information and Support Forums. Marianne, this is probably no surprise to you but I can't remember any members who have reported return of symptoms, despite twice daily dosing and a current acth stim showing effective control of cortisol. 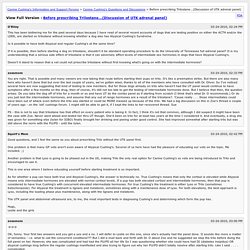 I am aware that Dr. Oliver reports that some dogs do fine initially on Trilostane but may have problems down the road because of increasing intermediate hormones but where is the documentation by UTK or anybody else for that matter? You would think that with the UK and a number of European countries that have a lot more history with Trilostane and who have conducted a number of studies on the drug, there would be something out there mentioning this phenomenon. On the flip side, however, there is research showing that the majority of dogs treated with Trilostane, particularly for Alopecia X, demonstrated improvement despite no change, and in some cases, an actual increase in 17OHP concentration. 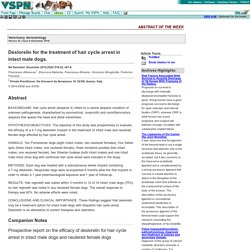 December 2014;25(6):519-22, e87-8. Francesco Albanese1, Eleonora Malerba, Francesca Abramo, Vincenzo Miragliotta, Federico Fracassi 1 Private Practitioner, Via Giovanni da Verrazzano 19, 52100, Arezzo, Italy. © 2014 ESVD and ACVD. Abstract. Different Types of Pet Hair Loss - Conclusion. There are many diseases and conditions which can cause a dog to lose hair; some more common than others. 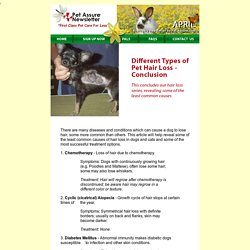 This article will help reveal some of the least common causes of hair loss in dogs and cats and some of the most successful treatment options. 1. Chemotherapy - Loss of hair due to chemotherapy. Symptoms: Dogs with continuously growing hair (e.g. Dermatology Details: Dermatologic Markers of Internal Disease in Dogs & Cats - Today's Veterinary Practice. Chris Reeder, DVM, Diplomate ACVD Dermatologic diseases comprise about 20% of a practitioner’s caseload. 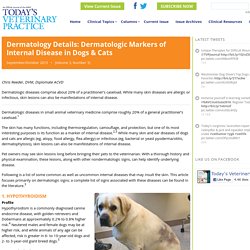 While many skin diseases are allergic or infectious, skin lesions can also be manifestations of internal disease. Dermatologic diseases in small animal veterinary medicine comprise roughly 20% of a general practitioner’s caseload.1. Sea Salt wound care. You may have heard the news that the AMA has publicly come out against excessive sodium consumption and salt in particular. 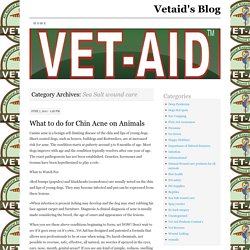 Suddenly, the alternative health community is engaged in a whirlwind of debate on the topic. But wait, if salt is a major risk factor in heart and renal diseases, why is anyone upset? Quite simply, the issue is that not all sources of sodium and salt are the same. As far as the body is concerned, there is no connection between the chemically-cleansed sodium chloride table salt you buy in the supermarket, which is added to virtually every processed food you buy, and the mineral rich organic sea salt available in health food stores.

One can kill you; the other heals you. One point everyone can agree on is that the body needs sodium to function. Everyone can also agree that just like anything else, salt or sodium should not be consumed in excess. Dermoid Sinus - Rhodes 2 Safety. You may have heard of something called a pilonidal sinus. 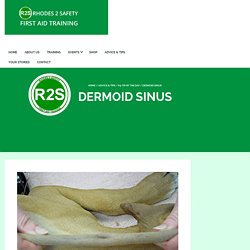 This is a problem that humans can experience and some people also refer to dermoid sinus’ in dogs as a pilonidal sinus too. However, a true dermoid sinus is actually a neural defect. As a puppy grows in the mother’s womb, there is a connection between the puppy’s skin and the spinal cord. This connection separates during the embryonic stage and the tract is closed off. Dog Skin & Hair Problems. While the initial purpose of this page is to provide educational information on a large number of POSSIBLE skin or hair-loss issues in dogs, it is important to point out one thing: The most prominent issue concerning dog owners these days centers around itching and scratching, along with various degrees of skin problems and/or ear infection issues. 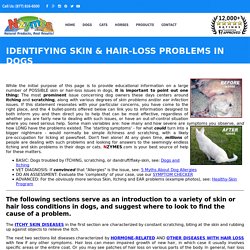 Die Arbeit gibt einen Überblick der aktuellen wissenschaftlichen Literatur. Die klinische Wiederherstellung der Tiere war nach 10-15 Tagen abgeschlossen. Literaturhinweise l. Companion Animal Dermatology in South East England. Ear disease (‘canker’, otitis externa) is a common, recurrent problem in many dogs, and some cats. Treating the secondary infections will often result in only a short to medium term resolution. Recurrence is very likely unless the primary cause is detected & treated. Causes of Hair Loss (Alopecia) in Dogs. Causes of Hair Loss (Alopecia)in Dogs There are many diseases and conditions which can cause a dog to lose hair.

Some of these may be considered normal, others can indicate a serious disease is present. Most of the conditions which result in hair loss are included in the table below, though some of them may be rare. This extensive list helps you understand why a quick diagnosis may be difficult to make, and various diagnostic tests may need to be performed. Hipoestrogenizm.