Who were the greeks and where did they come from?

Ancient Greek History for Kids - Fun Facts to Learn. National Geographic Kids - 10 facts about the Ancient Greeks. The first great civilisation in Greece was the Minoan culture on the island of Crete, around 2000 B.C. 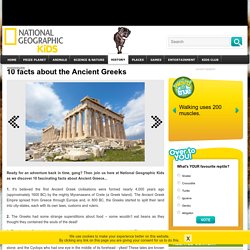 In 1450 B.C., the Minoans were conquered by the Myceneans from the mainland. During ancient times, the country was divided into city-states ruled by noblemen. The largest were Athens, Sparta, Thebes and Corinth. Each state controlled the territory around a single city, and they were often at war with each other. Facts about Ancient Greece for Kids. The earliest Greek civilizations thrived nearly 4,000 years ago. 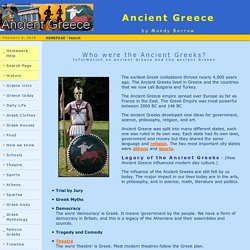