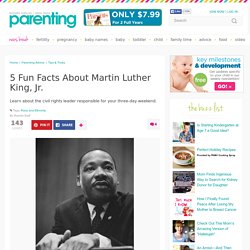 Martin Luther King, Jr. didn’t just become the leader of the civil right movement: He helped to start it. In response to Rosa Parks’ famous refusal to give up her seat on a bus for a white passenger, King led the black community in Montgomery, Alabama, in the first nonviolent civil rights demonstration in the United States in 1955. Their bus boycott lasted for 382 days (that’s more than a year of finding another way to get to work!) , until the United States Supreme Court ruled that laws segregating buses were unconstitutional. 2.

As he noted in his famous “Letter from a Birmingham Jail” (read the full text) King served as president of the Southern Christian Leadership Conference, which had more than 80 affiliated organizations throughout the South. 3. Martin Luther King, Jr. and his wife Coretta Scott King had four children: Yolanda Denise, Martin Luther III, Dexter Scott and Bernice Albertine. And Still I Rise. Beyoncé Knowles - Film Actress, Singer. Beyoncé Knowles is a multi-platinum, Grammy Award-winning recording artist who's acclaimed for her thrilling vocals, videos and live shows. 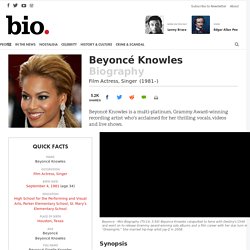 Synopsis Born on September 4, 1981, in Houston, Texas, Beyoncé Knowles first captured the public's eye as lead vocalist of the R&B group Destiny's Child. She later established a solo career with her debut album Dangerously In Love, becoming one of music's top-selling artists with sold-out tours and a slew of awards. Knowles has also starred in several films, including Dream Girls. She married hip-hop recording artist Jay-Z in 2008. BIOGRAPHY: Lewis Hamilton Lifetime. He stayed with Manor for another year and won the championship in 2003. 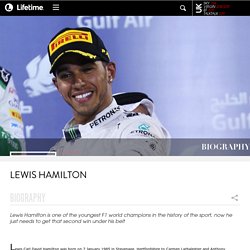 The same year, he made his debut in Formula Three by racing in the season finale and later at the Macau Grand Prix and Korea Grand Prix in 2004. Hamilton was almost signed to Williams but BMW refused to fund him. Instead, he returned to McLaren and continued to win races in Formula Three. Hamilton ended the 2005 season having won 15 of the 20 rounds. BIOGRAPHY: Mo Farah Lifetime. Derek Redmond's Incredible Olympic Story - Injury Mid-Race. First Lady Michelle Obama. When people ask First Lady Michelle Obama to describe herself, she doesn't hesitate to say that first and foremost, she is Malia and Sasha's mom. 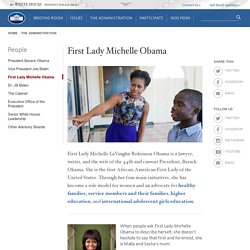 But before she was a mother — or a wife, lawyer, or public servant — she was Fraser and Marian Robinson's daughter. The Robinsons lived in a brick bungalow on the South Side of Chicago. Fraser was a pump operator for the Chicago Water Department, and despite being diagnosed with multiple sclerosis at a young age, he hardly ever missed a day of work. Marian stayed home to raise Michelle and her older brother Craig, skillfully managing a busy household filled with love, laughter, and important life lessons.

A product of Chicago public schools, Michelle Robinson studied sociology and African-American studies at Princeton University. Fun Facts on Barack Obama for kids *** Official Website of England & Sunderland AFC Striker. Looking back on my childhood, it was evident that my future career was already set in stone. 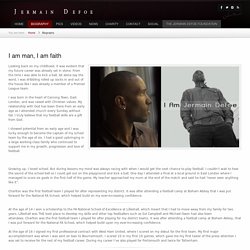 From the time I was able to kick a ball, let alone say the word, I was dribbling rolled up socks in and out of the house like I was already a member of a Premier League team. I was born in the heart of Canning Town, East London, and was raised with Christian values. My relationship with God has been there from an early age as I attended church every Sunday without fail. I truly believe that my football skills are a gift from God. I showed potential from an early age and I was lucky enough to become the captain of my school team by the age of six. 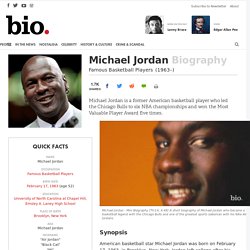 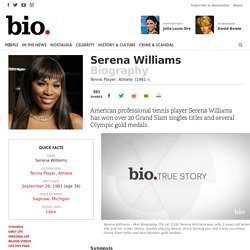 The youngest of Richard and Oracene Williams's five daughters, Serena Williams, along with her sister Venus, would grow up to become one of the sport's great champions. Serena's father—a former sharecropper from Louisiana determined to see his two youngest girls succeed—used what he'd gleaned from tennis books and videos to instruct Serena and Venus on how to play the game. At the age of 3, practicing on a court not far from the family's new Compton, California, home, Serena withstood the rigors of daily two-hour practices from her father.

The fact that the family had relocated to Compton was no accident. Usain Bolt - The Path To Greatness.