What Happens to Your Brain When You Stop Believing in God - Tonic. My belief in God didn't spontaneously combust—it faded. 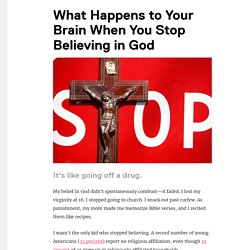 I lost my virginity at 16. I stopped going to church. Freedom Of Religion According To Thomas Jefferson. Much blood has been shed during human history in the name of religion. 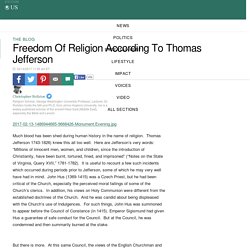 Thomas Jefferson 1743-1826) knew this all too well. Here are Jefferson’s very words: “Millions of innocent men, women, and children, since the introduction of Christianity, have been burnt, tortured, fined, and imprisoned” (“Notes on the State of Virginia, Query XVII,” 1781-1782). It is useful to recount a few such incidents which occurred during periods prior to Jefferson, some of which he may very well have had in mind. Obama Signs New Law Giving Protection To Atheists - Progressive Secular Humanist. This Short Animation Will Make You Quit Your Job. Screencaps via. 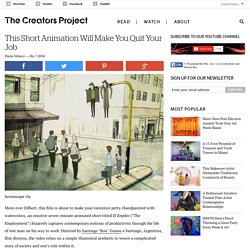 Evolution, Creationism, Intelligent Design. Next, we'd like to ask about your views on two different explanations for the origin and development of life on earth. 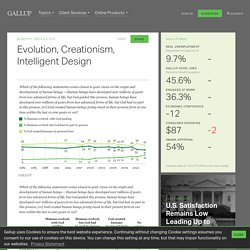 Do you think -- [ITEMS ROTATED] -- is -- [ROTATED: definitely true, probably true, probably false, (or) definitely false]? A. Evolution, that is, the idea that human beings developed over millions of years from less advanced forms of life. Christian "Truths" That Aren't Actually in the Bible. Good News: Christian Influence In America Is Dying.

Thank you for your interest in Patheos newsletters! 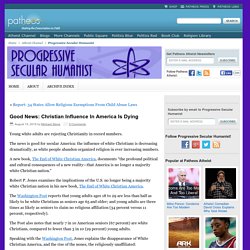 Please enter your email address below and click the "Subscribe" button. Thank you for your subscription. You can visit your Preference Center to complete your profile and see what else we have to offer. We apologize, we were unable to complete your subscription at this time, please try again later. If this error persists please contact us at communications@patheos.com. Arabic Translation Of ‘The God Delusion’ Goes Viral. Thank you for your interest in Patheos newsletters! 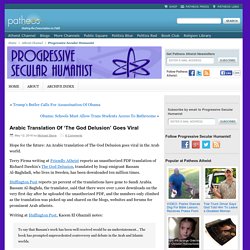 Please enter your email address below and click the "Subscribe" button. Thank you for your subscription. You can visit your Preference Center to complete your profile and see what else we have to offer. We apologize, we were unable to complete your subscription at this time, please try again later. Lawmakers Find a Multi-Million-Dollar Way to 'Legally' Defund Planned Parenthood.

Last week, Missouri passed a $27-million-dollar budget, and of those funds, a grand total of zero dollars are going to Planned Parenthood because the organization provides abortion services. 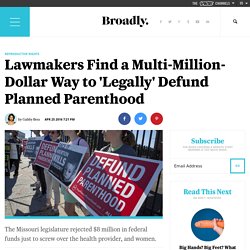 Following the actions of 24 states that have sought to defund Planned Parenthood and make women's access to abortion care impossible, Missouri's 2017 budget stamps out federal funding to the health provider. The state rejected more than $8.3 million in federal Medicaid funding for family planning and reproductive health and instead allocated money from Missouri's general revenues for those services, according to the Associated Press.

The man behind the green beer and myth. On March 17, revelers will drink green beer (and eat corned beef) in celebration of the man who, according to David Plotz, "didn't rid the land of snakes, didn't compare the Trinity to the shamrock, and wasn't even Irish. 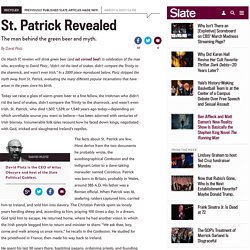 " In a 2000 piece reproduced below, Plotz stripped the myth away from St. Patrick, evaluating the many different popular incarnations that have arisen in the years since his birth. Today we raise a glass of warm green beer to a fine fellow, the Irishman who didn't rid the land of snakes, didn't compare the Trinity to the shamrock, and wasn't even Irish. St. Patrick, who died 1,507, 1,539, or 1,540 years ago today—depending on which unreliable source you want to believe—has been adorned with centuries of Irish blarney. Another misguided believer claims that science is based on faith. I guess it was too much for me to hope that my 2013 Slate essay, “No faith in science,” would once and for all dispel the claim that science is just like religion in depending on faith. 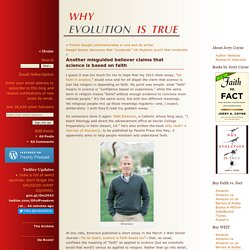 My point was simple: what “faith” means in science is “confidence based on experience,” while the same term in religion means “belief without enough evidence to convince most rational people.” It’s the same word, but with two different meanings. Yet religious people mix up those meanings regularly—and, I expect, deliberately. Disbelieve it or not, ancient history suggests that atheism is as natural to humans as religion. Despite being written out of large parts of history, atheists thrived in the polytheistic societies of the ancient world – raising considerable doubts about whether humans really are “wired” for religion – a new study suggests. 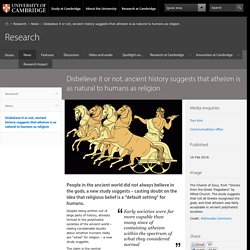 The claim is the central proposition of a new book by Tim Whitmarsh, Professor of Greek Culture and a Fellow of St John’s College, University of Cambridge. How the Satanic Temple forced Phoenix lawmakers to ban public prayer. Religious countries are more unhappy. Six days ago, I wrote about some data (presented by the Telegraph and Christian Today) showing the degree of religiosity among various countries in the world—the proportion of inhabitants who agreed that “religion was very important in their lives.” A subjective look at the rankings suggested that the most religious countries were also the least well off. That impression is statistically supported by Greg Paul’s observation of a negative correlation between religiosity and well being, the latter quantified by using the “Successful Societies Scale.” In short, countries having more successful societies are, on average, also those that are less religious.

'Pastafarian' wins right to wear colander in driving licence photo. How the Bible Condones Terrorism. Islamists aren’t the only ones with instructions for terrorism in their holy book. Last fall, Dutch pranksters put a cover from a Quran over a Bible and then asked passersby to read aloud homophobic, violent, or sexist passages that violate modern moral sensibilities. The texts shocked people who had never immersed themselves in the Iron Age world of the Bible writers, a world in which daughters can be sold as sexual slaves and most of us deserve the death penalty—you included.

George Takei on How Kim Davis Violated the First Amendment. How one enterprising Iranian expat family and its allies successfully pushed for U.S. -Iran rapprochement—and now stands to make a fortune from sanctions relief. When the world’s major powers struck a deal over Iran’s nuclear program in Vienna in July, it represented a victory not just for the Islamic Republic, which has now been granted international legitimacy as a nuclear threshold state, but also for a small but increasingly influential lobby in America, one which has long sought rapprochement between Washington and Tehran and now seeks to leverage a successfully concluded nuclear deal as a means to that end.

This Iran lobby, publicly represented by the National Iranian American Council (NIAC), has become a staunch institutional ally of the White House selling the Joint Comprehensive Plan of Action, as the nuclear deal is known. Little known to the American press, the Namazis have rarely acted as spokespersons for their own cause. The 12 worst ideas religion has unleashed on the world.

Son of a bigot. Healthy Perspective: The latest health & wellness news with a dose of conversation. All the Single Ladies. How to suck at your religion. Pope Francis says Big Bang theory does not contradict role of God. Atheist's View On Life Could Make Anyone Cry. 4 Minutes In, The Interviewer Almost Gets Choked Up. Atheists Face Discrimination On A Shocking Level (INFOGRAPHIC) It’s okay to marry a Republican or Democrat, just not an atheist. Heaven is for neuroscience: How the brain creates visions of God. Apollonius of Tyana.

The problem I have with religion version 2.0.

Is The Internet Killing Religion In America? Brain Activity Shows Basis of Near-Death 'Light' There may be a scientific explanation for the vivid near-death experiences, such as seeing a shining light, that some people report after surviving a heart attack, US scientists said Monday. Apparently, the brain keeps on working for up to 30 seconds after blood flow stops, according to a study published in the Proceedings of the National Academy of Sciences.

Train kills 37 pilgrims in eastern India. Researchers Aggregate 63 Studies and Find ‘Significant Negative Association Between Intelligence and Religiosity’ Pakistan's Malala, shot by Taliban, takes education plea to U.N. Respecting religion. Religious Differences. Religion. This is a good analogy for religion. U6zu3Xs.jpg (806×704) The Skeptic's Annotated Bible (book) 8202471945_bf8862b0a6.jpg (500×400) It all makes sense now. Usury. 9D47l.jpg (720×453) L5UFn.jpg (720×360) How to suck at your religion. Faith leaders across England in 'HIV healing' claims. 24 September 2012Last updated at 01:14 ET By Andy Dangerfield BBC News, London Synagogue Church Of All Nations website shows videos of people it claims have been "cured" Dangerous cases of faith leaders who tell people with HIV to stop taking their life-saving drugs have been identified by African-led community groups in a number of locations across England.