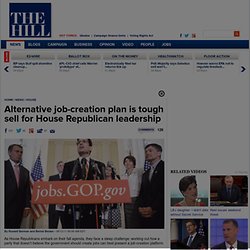 While a newly aggressive President Obama pushes another round of infrastructure spending and temporary tax cuts to spark the economy, Republicans argue that the recipe for jobs is to get rid of excessive government interference in business. Libya - Aug 31, 2011 - 20:29. Rachel Maddow: Corporate profits does not mean new jobs. Republicans Complain About Cuts to FEMA Hurricane Relief...You Know the Cuts They Wanted. Sarah is a current editor for FutureMajority.com. 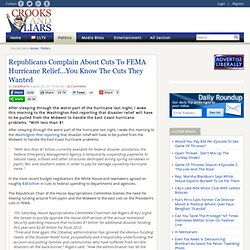 She is a former partner in the online media firm Mixed Media that worked in Kansas and Oklahoma and manages social media and online marketing for non-profits and political candidates in two states and Washington DC. Previously, Sarah worked for Skyline Public Works where she helped state based youth organizations connect with major funders across the country. Stop Coddling the Super-Rich. To understand why, you need to examine the sources of government revenue. 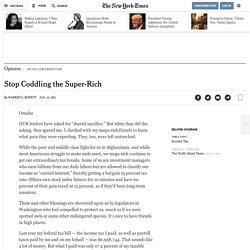 Back in the 1980s and 1990s, tax rates for the rich were far higher, and my percentage rate was in the middle of the pack. According to a theory I sometimes hear, I should have thrown a fit and refused to invest because of the elevated tax rates on capital gains and dividends. Photo. ‪Incredible Keith Olbermann Special Comment On Taking Back Governance From Politicians‬‏ How Republicans Screwed the Pooch - Print View.

The Lone Star State has led a surprisingly progressive overhaul of its incarceration system. 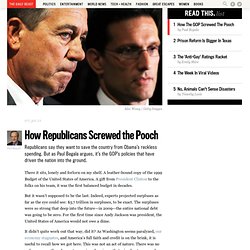 The story behind the bipartisan push that GOP contenders may be extolling come 2016. It appears Rick Perry is going to run for president again in 2016. Perry, 65, will leave the governor’s office next January after serving for 14 years, beginning in 2000, when George W. Bush resigned to prepare for the presidency. In recent months, Perry has appeared in both Iowa and South Carolina. Taxes and Billionaires. Eric Cantor, House G.O.P. Leader, Leaves Budget Talks. The breakdown was set off by the surprise decision of Representative of Virginia, the House majority leader and one of two Republicans participating in sessions led by Vice President Joseph R. 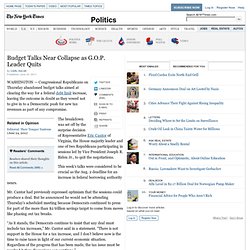 Biden Jr., to quit the negotiations. This week’s talks were considered to be crucial as the Aug. 2 deadline for an increase in federal borrowing authority nears. Mr. Cantor had previously expressed optimism that the sessions could produce a deal. But he announced he would not be attending Thursday’s scheduled meeting because Democrats continued to press for part of the more than $2 trillion savings target to come from moves like phasing out tax breaks. “As it stands, the Democrats continue to insist that any deal must include tax increases,” Mr. “President Obama needs to decide between his goal of higher taxes, or a bipartisan plan to address our deficit,” Mr. Democrats Explicitly Call Out GOP For Sabotaging The Economic Recovery. They've made it explicit. 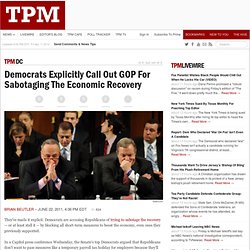 Democrats are accusing Republicans of trying to sabotage the recovery -- or at least stall it -- by blocking all short-term measures to boost the economy, even ones they previously supported. In a Capitol press conference Wednesday, the Senate's top Democrats argued that Republicans don't want to pass measures like a temporary payroll tax holiday for employers because they'll improve President Obama's re-election chances. "Our Republican colleagues in the House and Senate are driven by putting one man out of work: President Obama," said Senate Majority Whip Dick Durbin (D-IL).

The harshest denunciation came from Sen. Debt Ceiling Negotiations Break Down Over Taxes. Just when it was looking as though the two parties were moving ahead with a debt ceiling deal, negotiations between Republicans and the White House broke down on Thursday over taxes. 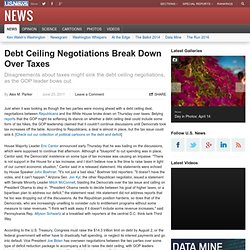 Belying reports that the GOP might be softening its stance on whether a debt ceiling deal could include some form of tax hikes, the GOP leadership claimed that it couldn't continue discussions until Democrats took tax increases off the table. According to Republicans, a deal is almost in place, but the tax issue could sink it. How to Kill a Recovery. It’s too bad that so many people, mainly on the political right, want to send us sliding right back down again. 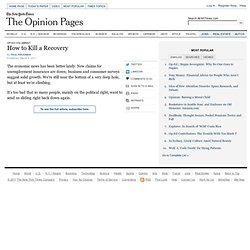 Before we get to that, let’s talk about why economic recovery has been so long in coming. Some economists expected a rapid bounce-back once we were past the acute phase of the financial crisis — what I think of as the oh-God-we’re-all-gonna-die period — which lasted roughly from September 2008 to March 2009.