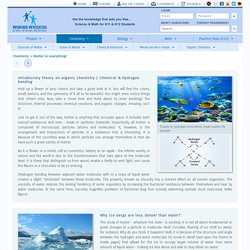 You will find the colors, smell, texture, and the symmetry of it all to be beautiful. You might even notice things that others miss. Now, take a closer look and think about its inner workings: the structure, internal processes, chemical reactions, and organic changes. Just to get it out of the way, matter is anything that occupies space. Be it a flower or a metal, cell or cosmetics, battery or an apple ‐ the infinite variety in nature and the world is due to the transformations that take place at the molecular level. (Hydrogen bonding between adjacent water molecules with in a mass of liquid water creates a slight “stickiness” between these molecules. Modern nuclear powered submarines. Nuclear–powered submarines Nuclear–powered engine requires no air. 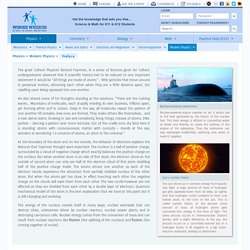 Theory of constant magnetic field generator and electromagnetic equation. Paper clip motor This motor demonstrates the Lenz's law clearly. i.e., passing a current through the coil creates a magnetic field around the coil, which consists with a magnetic field of magnet. 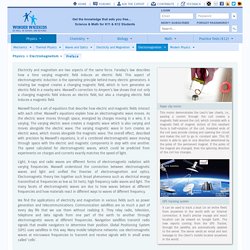 Action of this resultant force is half–rotation of the coil. Insulated ends of the coil axes provide closing and opening the circuit and makes the coil to go in constant spin. This DC motor is able to spin in one direction determined by the poles of the permanent magnet. Physics of magnetic energy generator. Electrostatic jellyfish When a PVC pipe gets rubbed with a woolen cloth, it acquires electrostatic negative charge. 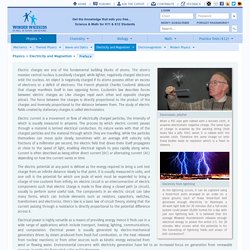 The same type of charge is acquired by the packing string (that looks like a jelly fish), when it is rubbed with the woolen cloth. Therefore the same charge on both these bodies leads to repulsion which is a feast to observe. Electricity from lightningAs the lightning occurs, it can be captured using a three–foot bolts arranged in an order on a plane ground. Each of these three–foot bolt generates enough electricity to illuminate a 60–watt light bulb for 20 minutes. But a full–scale system could power 30,000 homes for a day with just one lightning bolt. Physics optics and waves of transverse, longitudinal, electromagnetic. Ocean waves Ocean waves are an example of circular superposition of longitudinal and transverse waves. 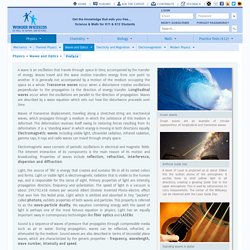 Artificial Guide StarA beam of Laser is projected up at about 100km hits the sodium atoms of the atmosphere. It excites them to emit yellow light in all directions, creating a glowing Guide Star in the upper atmosphere. This is used by astronomers to carry measurement. Energy sources of Geo thermal physics, gasoline engine & Heat convection. Bike rider - energy input By eating food, the total internal energy of our bodies increases and this energy eventually goes into work and heat flow from the body according to the first law. 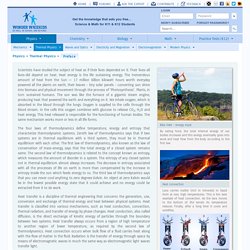 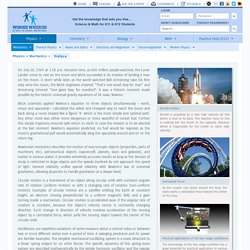 The reaction force to this is nothing but the thrust in the opposite direction which is responsible for the rocket to reach high velocity. Centripetal ForceAs the coaster cars zoom around the loop, the track exerts a centripetal force toward the center of the loop. Practical applications of the two-stage oscillationsThe technology of the two-stage oscillator has a great potential for practical application in various fields: electricity generation, water pumping, irrigation, water purification, desalinization, geothermal heat pumping, oil pumping, pressing and hammering.

On July 20, 1969 at 3.18 p.m. Houston time, as 600 million people watched, the Lunar Lander come to rest on the moon and NASA succeeded in its mission of landing a man on the moon. Oscillations are repetitive variations of some measure about a central value or between two or more different states over a period of time. Conservation of Wind & nuclear energy.

Neutron discovery In 1930 it was discovered that Beryllium, when bombarded by alpha particles, emitted a very energetic stream of radiation. 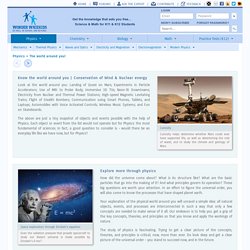 This stream was originally thought to be gamma radiation. However, further investigations into the properties of the radiation revealed contradictory results. Like gamma rays, these rays were extremely penetrating and neutral since they were not deflected upon passing through a magnetic field. However, unlike gamma rays, these rays did not discharge charged electroscopes (the photoelectric effect). Irene Curie and her husband discovered that when a beam of this radiation hit a substance rich in protons. Important contributions to Modern Physics Modern physics draws from two theories: Einstein's Theory of relativity and Quantum Mechanics. The outcome of quantum and relativity theories has forced a re-think on the nature of physics. Physicists are now more inclined to say that if A occurs, there is an 'X percent' chance that B will follow.