WordPress | For Noobs! MyPillow®: Official My Pillow Site. Want to thank that MyPillow company for making a product that is made in the USA and being honest about your product. 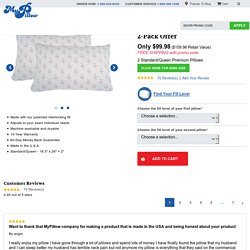 Blue Nile: The Source of Brilliance™ - Joaillier diamantaire en ligne. Google Scripting Folder Tricks – Bionic Teaching. Pure Play Open Cloud. A dash of Salt(Stack): Using Salt for better OpenStack, Kubernetes, and Cloud. Code Cards. Oh, shit, git! Our People - Curse Inc. Bitcoin/Cryptocurrency Exchange. The largest Git repo. Broadly speaking this is true, but note that in some ways CVS and SVN are better at scaling than Git. - They support checking out a subdirectory without downloading the rest of the repo, as well as omitting directories in a checkout. 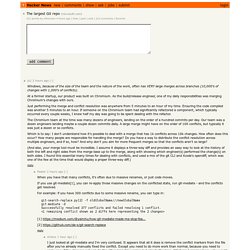 Indeed, in SVN, branches are just subdirectories, so almost all checkouts are of subdirectories. You can't really do this in Git; you can do sparse checkouts (i.e. omitting things when copying a working tree out of .git), but .git itself has to contain the entire repo, making them mostly useless. - They don't require downloading the entire history of a repo, so the download size doesn't increase over time. Going Dark: Fact vs. Fiction on the Dark Web. Initial Setup and Activation - Desk Phone - One Talk. Typeform. 6 Simple Steps to Writing Seductive Web Copy. Heroku CI Is Now Generally Available: Fast, Low Setup CI That’s Easy to Use. Today we are proud to announce that Heroku CI, a low-configuration test runner for unit and browser testing that is tightly integrated with Heroku Pipelines, is now in General Availability. 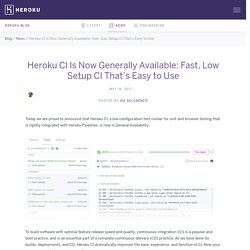 To build software with optimal feature release speed and quality, continuous integration (CI) is a popular and best practice, and is an essential part of a complete continuous delivery (CD) practice. As we have done for builds, deployments, and CD, Heroku CI dramatically improves the ease, experience, and function of CI. MakeUseOf - Technology, Simplified. Chris Cornell, Soundgarden and Audioslave Frontman, Dies at 52 - NYTimes.com. IRC Logs for #vagrant. Blueprint Designer - UrbanCode. The blueprint designer accelerates application testing and deployment by provisioning cloud environments and deploying application components to those environments. 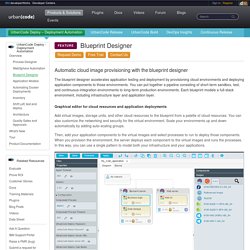 You can put together a pipeline consisting of short-term sandbox, test, and continuous-integration environments to long-term production environments. Each blueprint models a full-stack environment, including infrastructure layer and application layer. Graphical editor for cloud resources and application deployments Add virtual images, storage units, and other cloud resources to the blueprint from a palette of cloud resources. You can also customize the networking and security for the virtual environment. Codecademy. Ruby Primer - Introduction to Objects. We will begin our journey with objects. 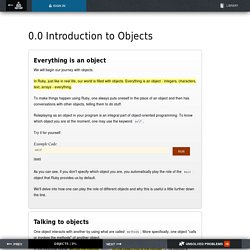 In Ruby, just like in real life, our world is filled with objects. Everything is an object - integers, characters, text, arrays - everything. To make things happen using Ruby, one always puts oneself in the place of an object and then has conversations with other objects, telling them to do stuff. Roleplaying as an object in your program is an integral part of object-oriented programming. Codewars. Review.openstack Code Review. Installing Passenger + Nginx - Passenger Library.

Introduction Passenger can be installed through a variety of installation methods. 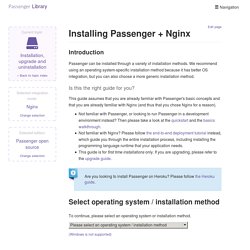 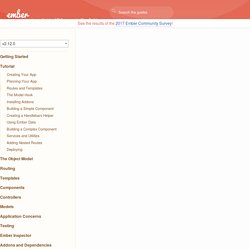 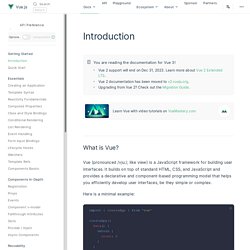 Vue (pronounced /vjuː/, like view) is a progressive framework for building user interfaces. Unlike other monolithic frameworks, Vue is designed from the ground up to be incrementally adoptable. The core library is focused on the view layer only, and is very easy to pick up and integrate with other libraries or existing projects. On the other hand, Vue is also perfectly capable of powering sophisticated Single-Page Applications when used in combination with modern tooling and supporting libraries. If you are an experienced frontend developer and want to know how Vue compares to other libraries/frameworks, check out the Comparison with Other Frameworks. Getting Started The official guide assumes intermediate level knowledge of HTML, CSS, and JavaScript. 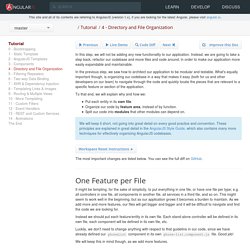 In this step, we will not be adding any new functionality to our application. Instead, we are going to take a step back, refactor our codebase and move files and code around, in order to make our application more easily expandable and maintainable. In the previous step, we saw how to architect our application to be modular and testable. What's equally important though, is organizing our codebase in a way that makes it easy (both for us and other developers on our team) to navigate through the code and quickly locate the pieces that are relevant to a specific feature or section of the application. To that end, we will explain why and how we: Anatomy of an HTTP Transaction. The purpose of this guide is to impart a solid understanding of the process of Node.js HTTP handling.

We'll assume that you know, in a general sense, how HTTP requests work, regardless of language or programming environment. We'll also assume a bit of familiarity with Node.js EventEmitters and Streams. If you're not quite familiar with them, it's worth taking a quick read through the API docs for each of those. Create the Server Any node web server application will at some point have to create a web server object. Var http = require('http'); var server = http.createServer(function(request, response) { // magic happens here!}) The function that's passed in to createServer is called once for every HTTP request that's made against that server, so it's called the request handler. 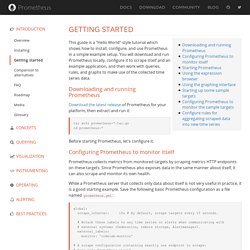 You will download and run Prometheus locally, configure it to scrape itself and an example application, and then work with queries, rules, and graphs to make use of the collected time series data. Downloading and running Prometheus Download the latest release of Prometheus for your platform, then extract and run it: tar xvfz prometheus-*.tar.gz cd prometheus-* Before starting Prometheus, let's configure it. Configuring Prometheus to monitor itself. Habitat - Download. A remote server automation and deployment tool written in Ruby. How to Install Firefox Developer Edition on Ubuntu Linux (Debian) – Lookami. Firefox developer edition has a lot of cool tools to help web developers, designers, and those who want to build for FirefoxOS.

Of course, on Linux, it’s a little harder to install for those who don’t have a lot of experience in the command line, right now. It’s a really easy install, once you know your way around a bit more. This tutorial is assuming your using default settings in Ubuntu/Lubuntu/Xubuntu. Go here: You’ll be presented with various versions available to run in Linux, if you’re using Ubuntu, you’ll want the Debian flavor in either 32- or 64-bit. 32-bit will run on either, so unless you know you’re on 64- bit get the 32-bit.

Angular-Meteor. Don’t choose one solution We created this library so you can use both Blaze and AngularJS in the same application and even on the same page, template or directive. You can start with AngularJS and migrate your application slowly to Blaze.You can start using Blaze and move slowly to AngularJS.You can use both of them together forever. A combined power. WhatsApp Clone with Meteor CLI and Ionic. Tutorials. Engine Yard. Welcome to Fabric! — Fabric documentation. Connecting to freenode - freenode. How We Test Rails Applications.