No Man's Land. At dawn on the morning of the attack, the battalion assembled in the mud outside the huts. 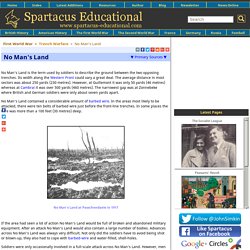 I lined up my platoon and went through the necessary inspection. Some of the men looked terribly ill: grey, worn faces in the dawn, unshaved and dirty because there was no clean water. I saw the characteristic shrugging of their shoulders that I knew so well. In pictures: Battle of the Somme. Image copyright PA The Battle of the Somme was one of the bloodiest of World War One, with more than one million people killed or wounded. 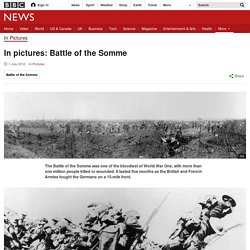 It lasted five months as the British and French Armies fought the Germans on a 15-mile front. Image copyright Getty Images. How deadly was the poison gas of WW1? Image copyright @IWM ART 1460 The first major gas attack in war occurred 100 years ago this weekend, in what is now Poland. 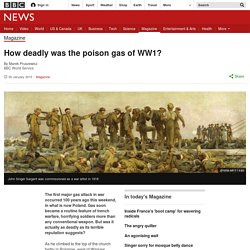 Gas soon became a routine feature of trench warfare, horrifying soldiers more than any conventional weapon. But was it actually as deadly as its terrible reputation suggests? As he climbed to the top of the church belfry in Bolimow, west of Warsaw, General Max Hoffman of Germany's Ninth Army was expecting a bird's-eye view of a military breakthrough - and a new chapter in warfare. Standard Grade Bitesize History - Trench warfare : Revision, Page 2. History - World Wars: World War One Movies.