HoursTv is an online news website that specializes in providing the latest world news. The site is credible enough to fulfill a viewer’s requirement in terms of offering every sort of entertainment including fashion trends, viral videos, comedy news, and so forth. Most importantly, the platform is a hub for letting the world know what’s the need of this hour. 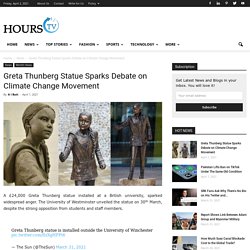 The University of Westminster unveiled the statue on 30th March, despite the strong opposition from students and staff members. The university’s student union along with many other individuals were raising voice against the statue long before its placement. Pakistan Lifts Ban on TikTok Under The Same Old Condition. On Thursday, April 1, 2021, the Peshawar High court (PHC) ordered PTA to lift the ban on TikTok, the Chinese video-sharing application, in the country. 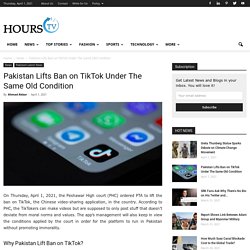 According to PHC, the TikTokers can make videos but are supposed to only post stuff that doesn’t deviate from moral norms and values. SRK Fans Ask Why There’s No Bio on His Twitter and He Answers. King of Bollywood, Shah Rukh Khan surprised his fans on social media by inviting them to ask any question they want under the timeframe of 15 minutes. 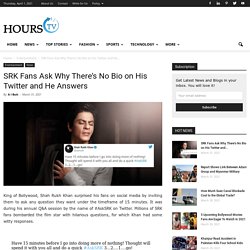 It was during his annual Q&A session by the name of #AskSRK on Twitter. Millions of SRK fans bombarded the film star with hilarious questions, for which Khan had some witty responses. Have 15 minutes before I go into doing more of nothing! Thought will spend it with you all and do a quick #AskSRK 3…2….1….go! — Shah Rukh Khan (@iamsrk) March 31, 2021. Report Shows Link Between Adani Group and Myanmar Military. A joint report released by two human rights activist groups linked Indian conglomerate Adani group to Myanmar military-owned company, Myanmar Economic Corporation (MEC). 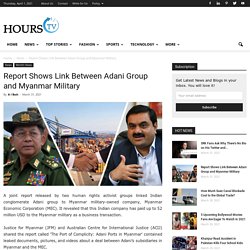 It revealed that this Indian company has paid up to 52 million USD to the Myanmar military as a business transaction. Justice for Myanmar (JFM) and Australian Centre for International Justice (ACIJ) shared the report called ‘The Port of Complicity: Adani Ports in Myanmar’ contained leaked documents, pictures, and videos about a deal between Adani’s subsidiaries in Myanmar and the MEC. According to the documents, Adani was constructing a container port on military-owned land in Yangon. It paid around 30 million USD as a “land lease fees” to MEC and an additional 22 million USD in “land clearance fees”. How Much Suez Canal Blockade Cost to the Global Trade? After 6 days of efforts to end the Suez Canal blockade, tugboats were finally able to free the Ever Given container ship. 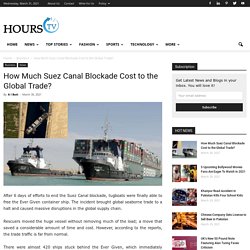 The incident brought global seaborne trade to a halt and caused massive disruptions in the global supply chain. Rescuers moved the huge vessel without removing much of the load; a move that saved a considerable amount of time and cost. However, according to the reports, the trade traffic is far from normal. There were almost 420 ships stuck behind the Ever Given, which immediately resumed their journey after the path unclogged. 37 ships close to the stuck point cleared the way overnight, while 70 may pass through the 120-mile Suez Canal by the end of 30th March 2021. 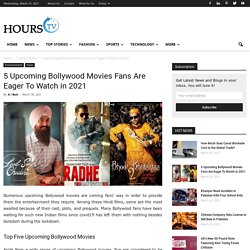 Among these Hindi films, some are the most awaited because of their cast, plots, and prequels. Many Bollywood fans have been waiting for such new Indian films since covid19 has left them with nothing besides boredom during the lockdown. Aside from a wide range of upcoming Bollywood movies, five are considered to be the most anticipated due to several reasons. As some social media users opine, certain movies are not famous just because of their storyline but also due to the actors’ role in them. Also, those films which give viewers a nostalgic effect are worth watching, according to the fans of Hindi cinema.

Radhe- Your Most Wanted Bhai The movie Radhe is the second part of Salman Khan’s film ‘wanted’, which earned a great deal of fan following in 2009. Hungama 2 For some people, there is nothing more entertaining than their favorite actors spreading magic on the screens. The Ordinar-The Beauty Garage(Online Shopping for Original Products Skincare, Haircare) Niacinamide (Vitamin B3) is indicated to reduce the appearance of skin blemishes and congestion. 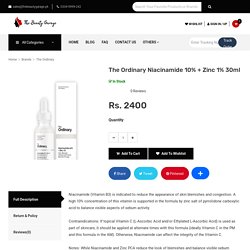 A high 10% concentration of this vitamin is supported in the formula by zinc salt of pyrrolidone carboxylic acid to balance visible aspects of sebum activity. Contraindications: If topical Vitamin C (L-Ascorbic Acid and/or Ethylated L-Ascorbic Acid) is used as part of skincare, it should be applied at alternate times with this formula (ideally Vitamin C in the PM and this formula in the AM).

Otherwise, Niacinamide can affect the integrity of the Vitamin C. Notes: While Niacinamide and Zinc PCA reduce the look of blemishes and balance visible sebum activity, neither is a treatment for acne. For persistent acne-related conditions, we recommend the use of Benzoyl Peroxide and/or Retinoic Acid. Independent studies suggest Niacinamide is also an effective ingredient for brightening skin tone.

The product must be unused, unworn, unwashed, and without any flaws.