Conductor efficiency can substantially reduce CO2 emissions. In the world of commodity transmission conductors, conductor efficiency is generally not considered to be high on the priority list. Conductor selection is generally based on load considerations. But times are changing. Looking back a few years, consider the substantial investments that were made to improve the efficiency of generators to reduce fuel consumption and/or help improve the economic viability of competing generation technologies such as solar and wind. Improved transformer technologies, while slightly more expensive, were also easy to justify – as they offered reduced lifecycle costs and improved efficiency. On the demand side, consider that billions of dollars have been spent to improve the efficiency of demand side appliances such as refrigerators, air conditioning units and even light bulbs. On the conductor side, very little consideration historically has been given to conductor efficiency and line losses as these costs are generally passed through to the consumer.

Comparison of ACCC, ACSR and ACCR conductors. In the past, T&D designers had few choices. 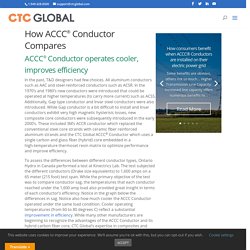 All aluminum conductors such as AAC and steel reinforced conductors such as ACSR. In the 1970’s and 1980’s new conductors were introduced that could be operated at higher temperatures (to carry more current) such as ACSS. Additionally, Gap type conductor and Invar steel conductors were also introduced. While Gap conductor is a bit difficult to install and Invar conductors exhibit very high magnetic hysterisis losses, new composite core conductors were subsequently introduced in the early 2000’s. These included 3M’s ACCR conductor which replaced the conventional steel core strands with ceramic fiber reinforced aluminum strands and the CTC Global ACCC conductor which uses a single carbon and glass fiber (hybrid) core embedded in a high-temperature thermoset resin matrix to optimize performance and improve efficiency. To assess the differences between different conductor types, Ontario Hydro in Canada performed a test at Kinectrics Lab. 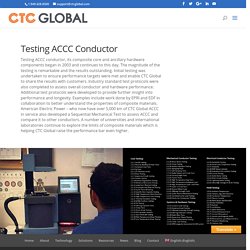 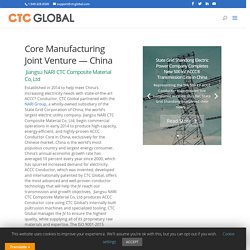 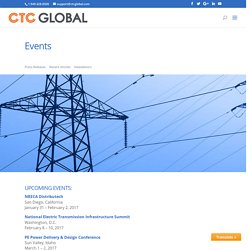 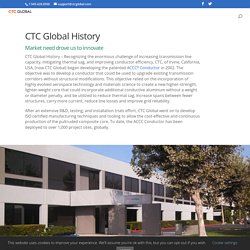 The objective was to develop a conductor that could be used to upgrade existing transmission corridors without structural modifications. This objective relied on the incorporation of highly evolved aerospace technology and materials science to create a new higher-strength, lighter-weight core that could incorporate additional conductive aluminum without a weight or diameter penalty, and be utilized to reduce thermal sag, increase spans between fewer structures, carry more current, reduce line losses and improve grid reliability. Know more about CTC Global Manufacturing Partners.