Manifest anything you desire with the Ultimate training and tools. 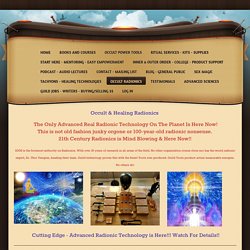 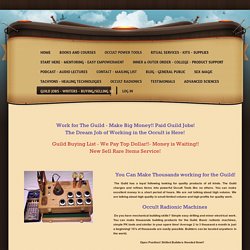 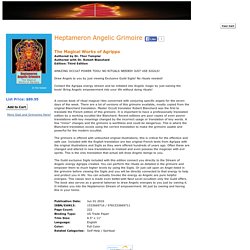 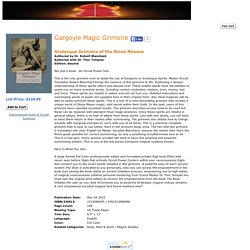 Robert Blanchard Authored with Dr. The Grimoire of Faust. Authored by Dr. 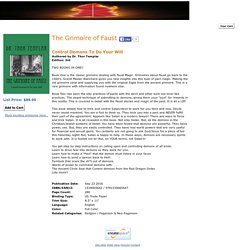 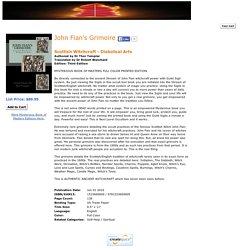 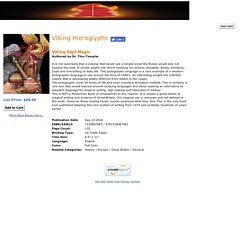 Thor Templar It is not surprising that a cultural that would use a simple script like Runes would also not expand this type of simple glyphs into direct meaning for actions, thoughts, things, emotions, Gods and everything of daily life. This pictographic language is a rare example of a western pictographic language in use around the time of 1400's. An interesting insight into a British culture that is developing totally different from others in the region. The pictographs cover all areas of life and even include a divination method. Publication Date: Sep 23 2016. Sexual Sorcery. Authored by Dr.

Robert Blanchard Authored with Dr. Thor Templar Edition: Second 30 Powerful Guild Sexual Sorcery Sigils enhance all your sex magic practices even without a partner and without doing rituals. New Mysterious Book of Masters Full Color Print Edition. All you need to do to triple your sexual sorcery power is view the Sigils daily. This is by far the finest book on Sex Magic available on the market ever! Magick of Dakmonias - Light and Dark Power. Authored by Dr Thor Templar Edition: second New exclusive channeled content from Grand Master Thor Like with the Spitzalod edition, you must view the exclusive Sigils in this book to contact the God Dakmonias. 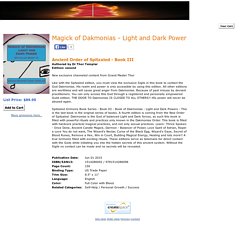 His realm and power is only accessible by using this edition. All other editions are worthless and will cause great anger from Dakmonias. Because of past misuse by deviant practitioners. Magick of Milianthros - Dark Power. Authored by Dr Thor Templar Edition: Second Like with the Spitzalod edition, you must view the exclusive Sigils in this book to contact the God Milianthros. 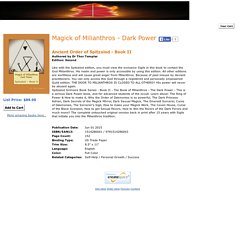 His realm and power is only accessible by using this edition. All other editions are worthless and will cause great anger from Milianthros. Because of past misuse by deviant practitioners. You can only access this God through a registered and personally empowered Guild edition. Magick of Spitzalod. Authored by Dr Thor Templar Authored with Tomemaster Harry Martin Edition: Second Spitzalod Grimoire Series Magic of Spitzalod - Ancient Magic Revealed! New Full Color Printed Editions With Additional Channelled Sigils From Spitzalod Directly! The book serves as a physical connection and talisman to Spitzalod himself! A Talisman to draw his power from that is activated to you personally! The only Tool of its kind ever made! Psychic Warfare. Authored by Dr Mark Desade Authored with Dr Thor Templar Edition: Second New 2015 Edition!! Now a Mysterious Book of Masters that supercharges the mind into the highest state of consciousness for retribution!

In order to release vast amounts of information and training, in the fastest possible time, audio lectures are required. This page is a vast rare resource of wisdom. Books and Courses - International Guild of Occult Sciences. Ritual Services - Kits - Supplies - International Guild of Occult Sciences. Free Services - From the Forces of the Light ​The Guild is proud to announce Free Services to assist those in need... The Guild is now offering free Sacred Temple spiritual empowerment for everyone! No matter your situation we are here to assist you.