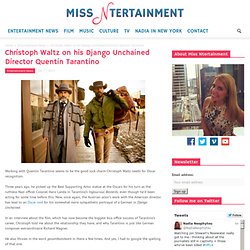 Three years ago, he picked up the Best Supporting Actor statue at the Oscars for his turn as the ruthless Nazi officer Colonel Hans Landa in Tarantino’s Inglourious Basterds, even though he’d been acting for some time before this. Now, once again, the Austrian actor’s work with the American director has lead to an Oscar nod for his somewhat more sympathetic portrayal of a German in Django Unchained. In an interview about the film, which has now become the biggest box office success of Tarantino’s career, Christoph told me about the relationship they have, and why Tarantino is just like German composer-extraordinaire Richard Wagner.

He also throws in the word gesamtkunstwerk in there a few times. Quentin Tarantino: Christoph Waltz just comes out of my pen. NEW YORK, April 19 (UPI) -- Oscar-winning filmmaker Quentin Tarantino says after working with Christoph Waltz on 2009's "Inglourious Basterds," he found himself writing a role specifically for the Austrian actor in "Django Unchained. 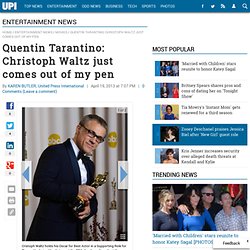 " "I've been wanting to do this story for a long time and there was never a German dentist-bounty hunter in the story. The next thing I know, I sat down and wrote that opening scene, and he just flew right out of the pen, like it was the tenant of God, boom! " Tarantino told reporters in New York while promoting "Django" before its theatrical release late last year. Waltz earned matching Best Supporting Actor Oscars for his performances in "Django" and "Basterds. 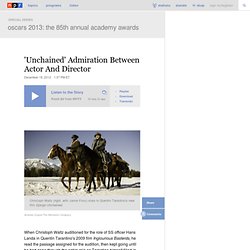 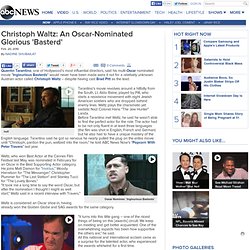 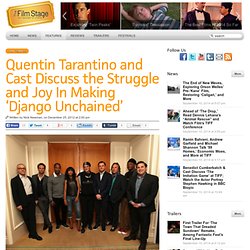 In short, there was a legendary auteur, big stars, and feeble press all on hand, though this didn’t lead to nearly as much blood as the work itself. Nevertheless, those who’ve seen the movie are, by now, fully aware of the chemistry and energy this team carry when all put together — thankfully, that transplants to what could’ve just been another stiff press event.