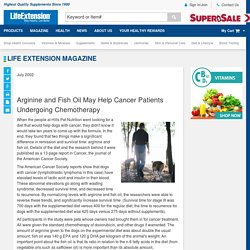 Arginine in the Treatment of Cancerous Tumors. By Karen Railey Cancer Cancer is a systemic disease that causes severe wasting, metabolic disturbances, and often induces anorexia. 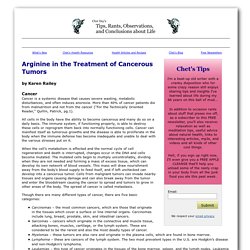 More than 40% of cancer patients die from malnutrition and not from the cancer ("For the Technically Oriented Reader," Quillin, Patrick, pg.1). All cells in the body have the ability to become cancerous and many do so on a daily basis. The immune system, if functioning properly, is able to destroy these cells or reprogram them back into normally functioning cells. Cancer can manifest itself as tumorous growths and the disease is able to proliferate in the body when the immune defense has become inadequate and unable to deal with the various stresses put on it. Arginine and Cancer. Arginine is a dibasic, cationic, semiessential amino acid with numerous roles in cellular metabolism. 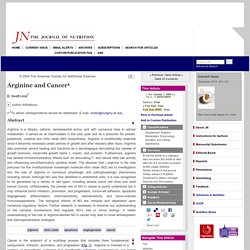 It serves as an intermediate in the urea cycle and as a precursor for protein, polyamine, creatine and nitric oxide (NO) biosynthesis. Arginine is conditionally essential since it becomes necessary under periods of growth and after recovery after injury. Arginine also promotes wound healing and functions as a secretagogue stimulating the release of growth hormone, insulin-like growth factor 1, insulin, and prolactin. Patent US6028107 - Orthomolecular medical use of L-citrulline for vasoprotection, relaxative ... - Google Patents. A novel method is provided to increase efficiently the net rate of synthesis of available L-arginine in humans. 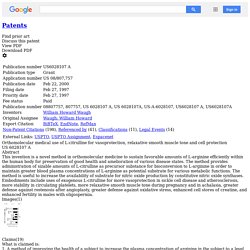 It entails peroral supplementation with L-citrulline in substantial amounts for better health and amelioration of diseases that are not urea-cycle enzyme/substrate liver disorders. The method is an example of orthomolecular medicine in that it uses a substance normally present in the human body to increase uniquely the availability of another substance that is also present normally in the human body, for better health and the treatment of disease. These two substances are the amino acids, L-citrulline and L-arginine, respectively.

L-Arginine & Cancer. On December 15, 1991 the LA Times published a large expose about Jimmy Keller, a man dedicated to healing and experimental medicine. 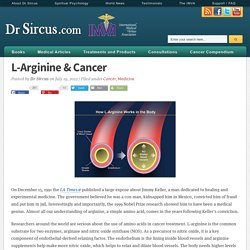 The government believed he was a con man, kidnapped him in Mexico, convicted him of fraud and put him in jail. Interestingly and importantly, the 1999 Nobel Prize research showed him to have been a medical genius. Arginine. Arginine is an amino acid produced naturally in the body and has a significant effect on human brain chemistry. 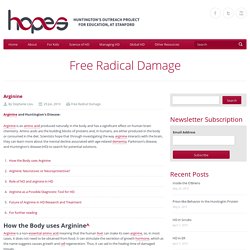 Amino acids are the building blocks of proteins and, in humans, are either produced in the body or consumed in the diet. Scientists hope that through investigating the way arginine interacts with the brain, they can learn more about the mental decline associated with age-related dementia, Parkinson’s disease, and Huntington’s disease (HD) to search for potential solutions. How the Body uses Arginine^ Arginine is a non-essential amino acid meaning that the human liver can make its own arginine, so, in most cases, it does not need to be obtained from food. Assessment of the Safety of Glutamine and Other Amino Acids. © 2001 The American Society for Nutritional Sciences Peter J. 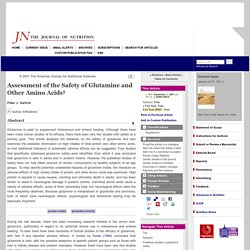 Garlick + Author Affiliations Abstract Glutamine is used to supplement intravenous and enteral feeding. During the last decade, there has been increasing research interest in the amino acid, glutamine, particularly in regard to its potential clinical use in intravenous and enteral feeding. This article analyzes the available literature on the safety of glutamine to determine whether the currently used indicators of adverse effects are adequate for chronic consumption by the general population, as well as by medically supervised patients. 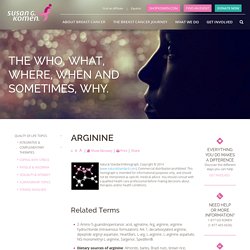 Arginine. This Web site — Information About Herbs, Botanicals and Other Products — is for general health information only. 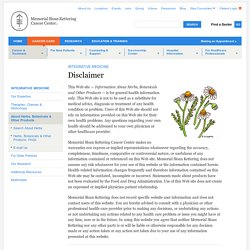 This Web site is not to be used as a substitute for medical advice, diagnosis or treatment of any health condition or problem. Users of this Web site should not rely on information provided on this Web site for their own health problems. Any questions regarding your own health should be addressed to your own physician or other healthcare provider. Memorial Sloan Kettering Cancer Center makes no warranties nor express or implied representations whatsoever regarding the accuracy, completeness, timeliness, comparative or controversial nature, or usefulness of any information contained or referenced on this Web site.

Let's Stop Americas Number 1 Killer. In 1998 three American scientists were rewarded the Noble Prize in Medicine for their discovery that the body uses a gas molecule called nitric oxide (NO) to relax and widen blood vessels—a finding that is paying off in the treatment of heart disease. 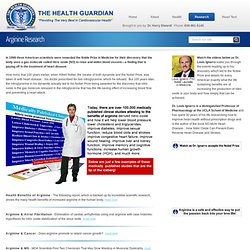