Elites or freedom fighters: How the Amazon-Hachette battle took on the rhetoric of class warfare. One side defends the ideals that this nation was founded on: Independence and freedom from tyranny. 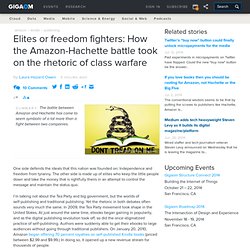 The other side is made up of elites who keep the little people down and take the money that is rightfully theirs in an attempt to control the message and maintain the status quo. I’m talking not about the Tea Party and big government, but the worlds of self-publishing and traditional publishing. Yet the rhetoric in both debates often sounds very much the same. In 2009, the Tea Party movement took shape in the United States. At just around the same time, ebooks began gaining in popularity, and as the digital publishing revolution took off, so did the once-stigmatized practice of self-publishing. In the summer of 2014, the battle between traditional publishing and self-publishing has hit fever pitch as Amazon and Hachette wage a fairly public battle over their contract negotiations. Consortium Wants Standards for 'Internet of Things' 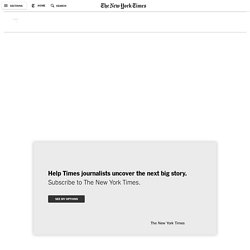 For better or worse, big boys are in the room. A consortium of industrial giants, including AT&T, Cisco, General Electric, IBM and Intel said on Thursday that they would cooperate to create engineering standards to connect objects, sensors and large computing systems in some of the world’s largest industrial assets, like oil refineries, factories or harbors. The White House and other United States governmental entities were also involved in the creation of the group, which is expected to enroll other large American and foreign businesses.

“I don’t think anything this big has been tried before” in terms of sweeping industrial cooperation, said William Ruh, vice president of G.E.’s global software center. There are connections among all sorts of industrial assets, like sensors on turbines or soda machines that tell suppliers when they are running low on cola. There is also a government push behind the group. Tribunal hearing legal challenge over GCHQ surveillance claims. 14 July 2014Last updated at 05:31 ET The tribunal will determine whether allegations of snooping by GCHQ are legal A tribunal is hearing a legal challenge by civil liberty groups against the alleged use of mass surveillance programmes by UK intelligence services. 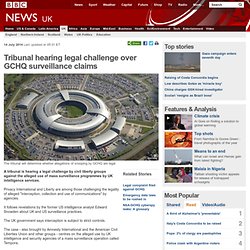 Privacy International and Liberty are among those challenging the legality of alleged "interception, collection and use of communications" by agencies. It follows revelations by the former US intelligence analyst Edward Snowden about UK and US surveillance practices. The UK government says interception is subject to strict controls. The case - also brought by Amnesty International and the American Civil Liberties Union and other groups - centres on the alleged use by UK intelligence and security agencies of a mass surveillance operation called Tempora. The UK government has neither confirmed nor denied the existence of the operation.

Analysis By BBC's Gordon Corera 'Hypothetical facts' Google to Tour Europe to Discuss Privacy. Emergency laws to monitor phone and internet records 'to stop terrorists' The emergency laws will also create a “clearer legal framework”, at the demand of companies, for when police and intelligence agencies want to intercept terrorist and criminal communications. 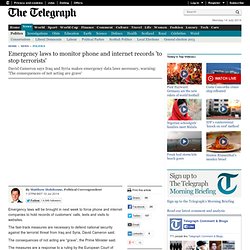 The need for new laws is “urgent”, Downing Street said. There is cross-party agreement. “It is the first duty of government to protect our national security and to act quickly when that security is compromised,” David Cameron said. The top four tech legal cases to watch in 2014. While we’re all wiping the champagne-induced sleep from our eyes, inevitably we have to sober up for 2014. 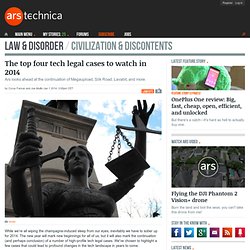 The new year will mark new beginnings for all of us, but it will also mark the continuation (and perhaps conclusion) of a number of high-profile tech legal cases. We've chosen to highlight a few cases that could lead to profound changes in the tech landscape in years to come. Without further ado, here's an update on the top four cases that we have our eyes on (in no order): the collective challenges to the National Security Agency spying, Megaupload, Silk Road, and Lavabit.

NSA spying litigation The Snowden leaks made public a great deal of information about government surveillance, both at home and abroad. The two lawsuits have had starkly different results; with both now sure to rise to appeals courts, it seems likely that the issue will ultimately reach the US Supreme Court. Klayman v. But less than two weeks later, a federal judge in New York found just the opposite. Lawmakers Can't Keep Up with Technology. Vivek Wadhwa Employers can get into legal trouble if they ask interviewees about their religion, sexual preference, or political affiliation. 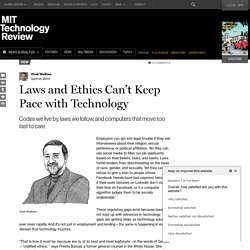 Yet they can use social media to filter out job applicants based on their beliefs, looks, and habits. Laws forbid lenders from discriminating on the basis of race, gender, and sexuality. Yet they can refuse to give a loan to people whose Facebook friends have bad payment histories, if their work histories on LinkedIn don’t match their bios on Facebook, or if a computer algorithm judges them to be socially undesirable. These regulatory gaps exist because laws have not kept up with advances in technology. “That is how it must be, because law is, at its best and most legitimate—in the words of Gandhi—‘codified ethics,’ ” says Preeta Bansal, a former general counsel in the White House.