How Deadly Is the Box Jellyfish? What is the most venomous marine animal? They may not look dangerous, but the sting from a box jellyfish could be enough to send you to Davy Jones's locker-a watery grave, that is. 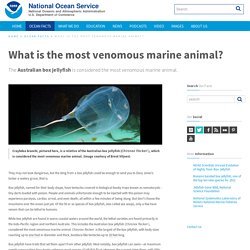 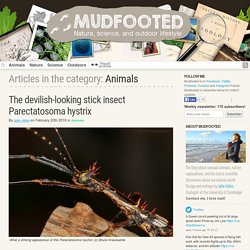 What is unusual though is that a considerable number of white ravens have been sighted in the area for well over a decade. Yes that’s right, not just one white raven but a number of them! World's Weirdest. Asexual lizards do not need sex to keep genetic variation. Already half a decade ago scientists found that some species of lizard do not need males to reproduce.

However it has remained unclear how they can do this since asexual reproduction goes together with almost no genetic variation and higher disease vulnerability. A new study published online in Nature on the 21st of February reveals how. The all-lady lizard species are not alone in the vertebrate world of asexual reproducing species – some 70 species multiply in this way. However, these little lizards do not have a choice. Sexual reproduction has the advantages of rapid generation of genetic diversity, allowing adaptation to changing environments. Deep sea anglerfish and their bizarre reproduction. Fish with a bad haircut, the Tufted Tube Blenny.

A Tufted Tube Blenny fish sticks its head out of a hole in a coral reef off the coast of Coiba, Panama. 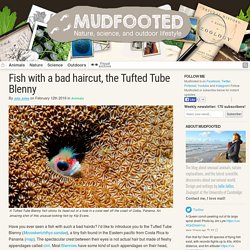 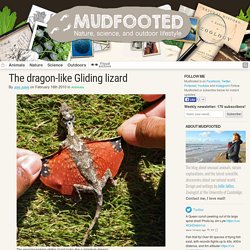 These lizards use their wings to fly from tree to tree which enables them to quickly get away from predators. Fruit bats engage in oral sex for longer copulation. Part of the reason oral sex is rarely mentioned in the popular and scientific media is shyness about the issue. 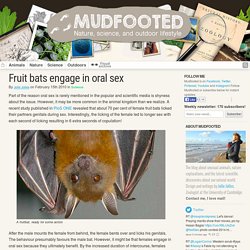 However, it may be more common in the animal kingdom than we realize. A recent study published in PloS ONE revealed that about 70 per cent of female fruit bats licked their partners genitals during sex. Interestingly, the licking of the female led to longer sex with each second of licking resulting in 6 extra seconds of copulation! After the male mounts the female from behind, the female bents over and licks his genitals. The behaviour presumably favours the male bat. Bilateral gynandromorph: the fate of a half-male, half-female bird. Yes I know what you are thinking, this photo must be photoshopped. 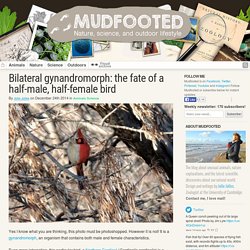 However it is not! It is a gynandromorph, an organism that contains both male and female characteristics. Female toad inflation mechanism prevents passionate males. Recent research published in Biology Letters revealed that female cane toads (Bufo marinus) can inflate themselves to prevent them from passionate males. 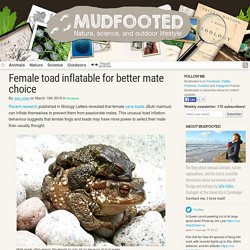 This unusual toad inflation behaviour suggests that female frogs and toads may have more power to select their mate than usually thought. Female toads are typically the choosier sex and discriminate among potential mates by approaching the toad with the best call. The dancing blue footed booby with beautiful blue feet. On the western coasts of Central and South America lives a fascinating bird with turquoise blue feet! 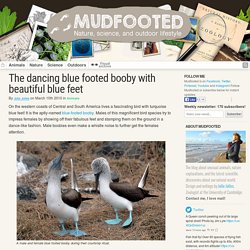 It is the aptly-named blue-footed booby. Males of this magnificent bird species try to impress females by showing off their fabulous feet and stamping them on the ground in a dance-like fashion. Male boobies even make a whistle noise to further get the females attention. Females are so magnetized by the blue colour of the males feet that the males with the bluest feet are the most attractive. Females like bright blue feet especially because the foot color depends on their food intake.

Next to being attractive physical features, the boobies use their blue feet to cover their young and keep them warm. Powelliphanta snail: Invertebrates. Population: UnknownThreat status: Varies between species Found in: Native forests, especially around north–west Nelson and north Westland.Did you know: These species of native carnivorous snails are the largest in the world, some growing as big as a man’s fist. 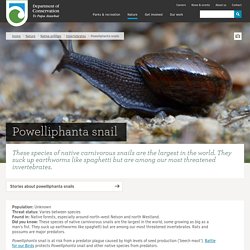 They suck up earthworms like spaghetti but are among our most threatened invertebrates. Rats and possums are major predators. Powelliphanta snail is at risk from a predator plague caused by high levels of seed production ('beech mast'). Battle for our Birds protects Powelliphanta snail and other native species from predators. Facts. Aardvark. About the Aardvark Aardvarks live throughout Africa, south of the Sahara. Their name comes from South Africa's Afrikaans language and means "earth pig. " How Hungry Pitcher Plants Get the Poop They Need. Pitcher plants that "eat" bat poop have come up with a unique way to attract their meal tickets, new research finds: The plants are shaped to stand out against a bat's echolocation cries. The pitcher plant Nepenthes hemsleyana grows in the peat forests of Borneo and is a common roost for bats of the species Kerivoula hardwickii.

Researchers had previously found that the bats and the pitcher plants have a mutually beneficial relationship: The plants provide a comfy roost with few parasites and an ideal microclimate, and the bats poop in the plants. Bat guano is rich in nitrogen, a crucial plant nutrient. The discovery explained how N. hemsleyana can survive, given that its closest carnivorous plant relatives capture seven times as many insects as it does, said Michael Schöner of Ernst-Moritz-Arndt-University of Greifswald in Germany, who co-authored both the study on the mutually beneficial relationship and new research on the plants' alluring shape. Echo attraction Mutual relationship. Orchids of South-west Australia. The hammer orchids are my favourite orchids, especially the Warty Hammer Orchid. Hammer orchids are generally found in sandy soil in clearings in forest areas and around winter wet areas. Drakaea glyptodon - Hammer Orchid. Map is from The Atlas of Living Australia web site, licensed under Creative Commons Attribution 3.0 Australia License Common NameHammer Orchid.