Classical gas. My Way chords and tabs by Frank Sinatra @ musicnoteslib.com. Allegro tab by Mauro Giuliani. Mauro Giuliani (1781–1829) was a guitarist and composer, considered to be one of the leading guitar virtuosos of the 19th century. 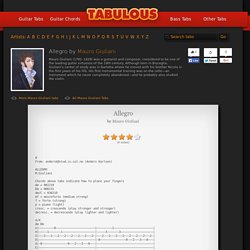 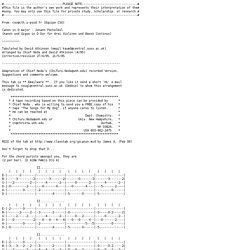 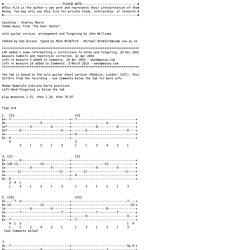 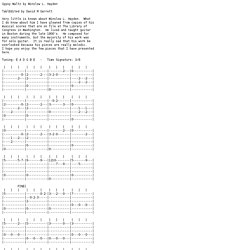 Hayden TablEdited by David M Garrett Very little is known about Winslow L. Hayden. What I do know about him I have gleaned from copies of his musical scores that are on file at The Library of Congress in Washington. He lived and taught guitar in Boston during the late 1800's. He composed for many instruments, but the majority of his work was for solo guitar. Carulli waltz no 4 in D op241. LaPartida-5guitares-guitare33-com. Tremulo Piece, intermediate tab, guitartab.co.uk. Firsttimeeverisawyourface-1548. X===============================PLEASE NOTE==============================X X This tab is all my own and represents my interpretation of the song. 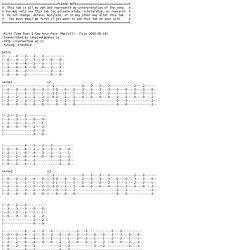 X X You may only use this tab for private study, scholarship, or research. X X Do not change, deface, mutilate, or in any other way alter this tab. X X You must email me first if you want to use this tab on your site. Roberta Flack - The First Time Ever I Saw Your Face. Firsttimeeverisawyourface-1548. Download. Birth_of. Hanggang Langit Chords by Martin Nievera. 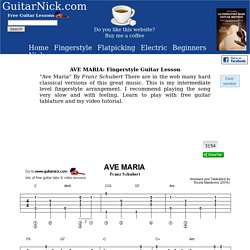 This is my intermediate level fingerstyle arrangement. I recommend playing the song very slow and with feeling. BATTLE HYMN OF THE REPUBLIC: Fingerstyle Guitar Lesson. In this fingerstyle arrangement of "John Brown's Body" I used the brush-thumb technique, the arrow and the B (brush) indicate the strings to play together with your thumb. 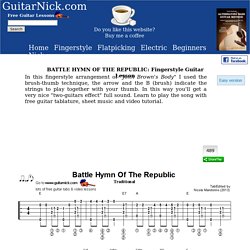 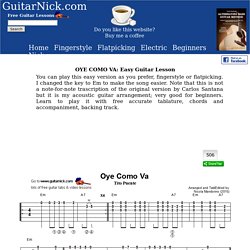 I changed the key to Em to make the song easier. Note that this is not a note-for-note trascription of the original version by Carlos Santana but it is my acoustic guitar arrangement; very good for beginners. Learn to play it with free accurate tablature, chords and accompaniment, backing track. Backing Track. Santana, Flor d'Luna: guitar tab with melody and chords. ♫♫ Ravel - Bolero - Guitar Tutorial (Score & TAB) FARRUCA - an easy guitar tutorial ♫♫