Dr. Victor Tsan is the founder of Viva Healthy Life – The Center for Holistic Medicine in Philadelphia. Dr. Victor Tsan began his medical career when he graduated with honors from State University of Medicine and Pharmacy, Chisinau, Moldova, USSR in the spring of 1976. After this initial success, Dr. Tsan pursued his first internship in Psychotherapy at 1st Moscow State College of Medicine Moscow, USSR 1978. Having completed his internship in Moscow, Dr. Tsan then took on a fellowship in Homeopathy at the Kyiv Medical Academy of Postgraduate Education, in Kyiv, Ukraine, USSR in 1980. Several years later Dr. Victor Tsan was a successful practitioner and yet he decided to pursue further education to better treat his patients. In 2008, Dr. Victor Tsan graduated from The Graduate School of China Academy of Chinese Medical Sciences (GSCACMS), located in Beijing, China where Dr. Tsan further developed his knowledge of acupuncture and other holistic practices. Victor Tsan, MD began to treat patients with more holistic approaches as his career progressed. As Dr. Victor Tsan continued his practice with many patients, he pursued further study and development through a fellowship in Weight Loss and Natural Treatment at Saint Carlos Institute Bangkok, Thailand from 1997 until he completed his research in 2001. In 2011, Dr. Victor Tsan completed education at The Mindcare Organization, LTD, in Huddersfield, England where he further progressed his skills in clinical hypnosis and psychotherapy. Dr. Tsan completed and excelled in the course of Clinical Hypnotherapy and Psychotherapy, Neuro-Linguistic Programming (NLP), and Neurotherapy & Hypnotic Pain Control at the American School of Hypnosis, In Biddeford, ME. 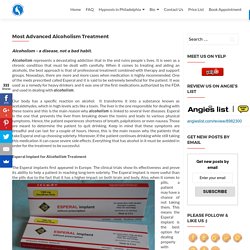 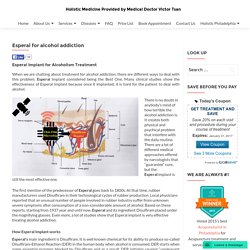 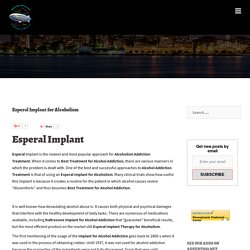 It causes both physical and psychical damages that interfere with the healthy development of daily tasks. Anemia - Homeopathic & holistic cure by Dr..Tsan in Philadelphia. What is anemia? 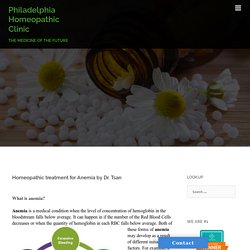 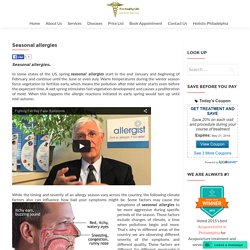 In some states of the US, spring seasonal allergies start in the end January and beginning of February and continue until the June or even July. Warm temperatures during the winter season force vegetation to fertilize early, which means the pollution after mild winter starts even before the expectant time. A wet spring stimulates fast vegetation development and causes a proliferation of mold. When this happens the allergic reactions initiated in early spring would last up until mid-autumn.

While the timing and severity of an allergy season vary across the country, the following climate factors also can influence how bad your symptoms might be. Some factors may cause the symptoms of seasonal allergies to be more aggressive during specific periods of the season. IBS - Irritable Bowel Syndrome - Holistic Medicine. What is Irritable bowel syndrome (IBS)? 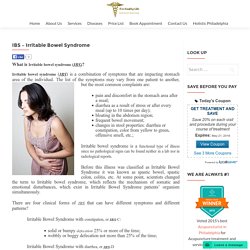 Irritable bowel syndrome (IBS) is a combination of symptoms that are impacting stomach area of the individual. The list of the symptoms may vary from one patient to another, but the most common complaints are: pain and discomfort in the stomach area after a meal;diarrhea as a result of stress or after every meal (up to 10 times per day);bloating in the abdomen region;frequent bowel movement;changes in stool properties: diarrhea or constipation, color from yellow to green, offensive smell, etc. Irritable bowel syndrome is a functional type of illness since no pathological signs can be found neither in a lab nor in radiological reports. 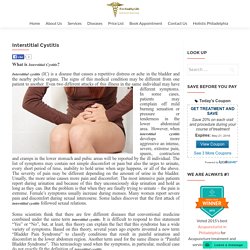 Interstitial cystitis (IC) is a disease that causes a repetitive distress or ache in the bladder and the nearby pelvic organs. The signs of this medical condition may be different from one patient to another. Even two different attacks of this illness in the same individual may have different symptoms. In some cases, patients may complain off mild burning sensation or pressure or tenderness in the lower abdominal area. However, when interstitial cystitis develops more aggressive an intense, severe, extreme pain, spasm, contraction and cramps in the lower stomach and pubic areas will be reported by the ill individual. Some scientists think that there are few different diseases that conventional medicine combined under the same term interstitial cystitis. Symptoms of interstitial cystitis. Prostate gland Disorders. The prostate gland is one of the most vulnerable organs in the male’s organism. 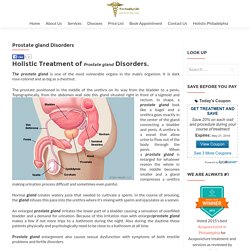 It is dark rose-colored and as big as a chestnut. The prostate positioned in the middle of the urethra on its way from the bladder to a penis. Overactive bladder syndrome. Overactive bladder syndrome is a very common medical issue and the treatment of this condition in the majority of time is a challenge not only to experienced general practitioners but also to specialists / urologists. 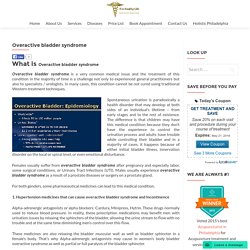 In many cases, this condition cannot be not cured using traditional Western treatment techniques. Spontaneous urination is paradoxically a health disorder that may develop at both sides of an individual’s lifetime – from early stages and to the rest of existence. The difference is that children may have this medical condition because they don’t have the experience to control the urination process and adults have trouble while controlling their bladder and in a majority of cases, it happens because of either initial bladder illness, innervation disorder on the local or spinal level, or even emotional disturbance.

Females usually suffer from overactive bladder syndrome after pregnancy and especially labor, some surgical conditions, or Urinary Tract Infections (UTI). 1. Homeopathic approach to arthritis treatment by Dr. Tsan. Homeopathy for Arthritis and Rheumatism Different forms of Arthritis most of the times results in joint pain caused by which is recognized as one of the most widespread chronic illnesses in today’s world, especially among the aging population. 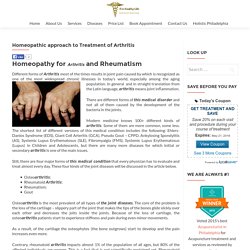 In general and in straight translation from the Latin language, arthritis means joint inflammation. Acid reflux and its Holistic treatment by Dr Tsan in Philadelphia. Acid Reflux – One of the most common illnesses and gastroenterologists see these patients many times per day. If you hurt by esophagus acid reflux, whether it’s sporadic heartburn or an endless burning behind the chest wall that interferes your night nap and normal being – Viva Healthy Life – The Center for Holistic Medicine is your right choice for treatment. If you’re presently using Prilosec, Nexium and/or Protonix what you will acquire in the following article is a small amount of information that could figuratively save your life. These common acid-neutralizing medications, simply façade the signs of acid reflux and do without question zero to cure the primary issue.

Also what is even worse is that they cause severe, at times lethal, side effects that some physicians will never inform you about, such as osteoporosis, nutrition insufficiencies and amplified danger of life-threatening contaminations. Asthma. The Homeopathic healing of Asthma: A Single Inhale of Fresh Air Asthma is a severe and progressively common illness. Internal Medical Conditions -Holistic Treatment by Dr. Tsan. A majority of internal medical conditions can be treated with holistic medicine.Traditional Chinese Medicine (TCM) inspires the body to support curing and to stimulate functioning.

The technical part of the procedure is the injecting of special acupuncture needles and putting on high temperature or electrical shock waves at particular acupuncture points on a human body. TCM is an ancient healing art that is about 5,000 years old. In the present day, acupuncture is used widely all over the world and is more and more practiced by medical doctors in the USA. Acupuncture sessions may be used unaccompanied or along with additional treatments, such as Chiropractic, Traditional Medicine, and osteopathic exercises. Most of the internal medical conditions can be treated with natural medicine techniques.

A majority of diseases treated with holistic medicine by Dr. Tsan. Diseases that can be treated with Holistic medicine or so-called alternative medicine belong to practically all aspects of medicine including cardiology, surgery, ENT, OB-GYN, Pulmonology, Cardiology, etc. Holistic medicine for a wide range of diseases. Holistic medicine is a form of healing that considers the whole person body, mind, spirit, and emotions in the quest for optimal health and wellness. Stomach Mind Band. Hypnosis for Weight Loss become more and more popular today. Dr. Oz recommends Hypnosis for weight loss. Weight Loss. Our beliefs are simple and open – obese patients must be healed gently and professionally. Cosmetic Acupuncture in Philadelphia By Dr Victor Tsan. Using special cosmetic acupuncture needles on Chinese acupuncture points on the body to enrich fresh and young look and realm a young- looking look has been done for centuries in China, Japan, Thailand, India and other Asian nations, but it’s just underway to become common in the United States in the previous decade or so, experts say.