Computer science: Enchantress of abstraction. The bicentenary of Augusta Ada King, Countess of Lovelace, heralds the critical reassessment of a remarkable figure in the history of Victorian science. 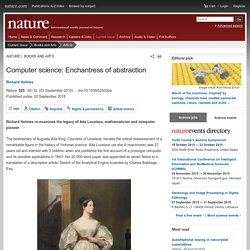 Ada Lovelace (as she is now known) was 27 years old and married with 3 children when she published the first account of a prototype computer and its possible applications in 1843. Her 20,000-word paper was appended as seven Notes to a translation of a descriptive article, Sketch of the Analytical Engine Invented by Charles Babbage, Esq. UK Government Art Collection Ada Lovelace, painted in 1835 by Margaret Sarah Carpenter. Lovelace's account was the fruit of one of the most intriguing collaborations in the annals of science: her friendship with Charles Babbage, Lucasian Professor of Mathematics at the University of Cambridge, UK, and inventor of the landmark analytical engine. Lovelace was the only legitimate child of the poet Lord Byron. Lovelace is sometimes loosely described as the first computer programmer. So does Lovelace.

Uk.businessinsider. How Jane Goodall Made a Scientific Breakthrough Without a College Degree. When Jane Goodall arrived at Tanzania’s Gombe National Park on this day, July 14, in 1960, she was not, strictly speaking, a scientist. 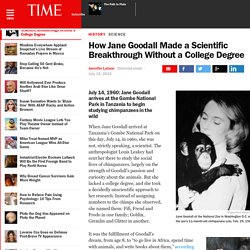 The anthropologist Louis Leakey had sent her there to study the social lives of chimpanzees, largely on the strength of Goodall’s passion and curiosity about the animals. But she lacked a college degree, and she took a decidedly unscientific approach to her research. Instead of assigning numbers to the chimps she observed, she named them: Fifi, Freud and Frodo in one family; Goblin, Gremlin and Glitter in another. It was the fulfillment of Goodall’s dream, from age 8, to “to go live in Africa, spend time with animals, and write books about them,” according to a later TIME story about her.

But there was nothing childish about the way she carried out her work. The anthropology community was stunned by Goodall’s finding that, “like men,” as TIME put it, “chimpanzees are technological animals.” LIFE With the Astrochimps: Early Stars of the Space Race. Leeuwenhoek's Lucky Break. Perhaps one of the biggest ironies in biology is that microbes, which are the oldest self-replicating organisms on Earth, were among the last to be discovered and have largely been ignored. 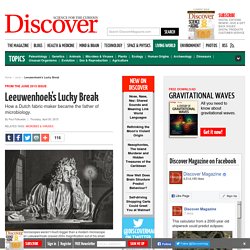 The history of their discovery is, like many in science, based on the invention of new technologies. In this case, it was a microscope created by a man named Anton van Leeuwenhoek. But before the Dutchman could make his serendipitous yet groundbreaking discovery in the late 17th century, lens-making technology had to turn several corners and see some other significant findings first. In the 14th century, crude lenses were being fabricated in Europe for correcting vision. Toward the end of the 16th century, the Dutch began to use Venetian glass, the clearest and the highest quality glass available, to fashion relatively high-quality lenses.

Early in the 17th century, two Dutch lens-makers fashioned a telescope by pairing a concave and a convex lens in a tube. Freeman Dyson. At 90, a Brilliant Mathematician Ponders His Next Challenge. Video: “I had this skill with mathematical tools, and I played these tools as well as I could just because it was beautiful,” said Freeman Dyson in a wide-ranging interview. 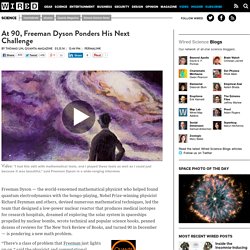 Freeman Dyson — the world-renowned mathematical physicist who helped found quantum electrodynamics with the bongo-playing, Nobel Prize-winning physicist Richard Feynman and others, devised numerous mathematical techniques, led the team that designed a low-power nuclear reactor that produces medical isotopes for research hospitals, dreamed of exploring the solar system in spaceships propelled by nuclear bombs, wrote technical and popular science books, penned dozens of reviews for The New York Review of Books, and turned 90 in December — is pondering a new math problem. 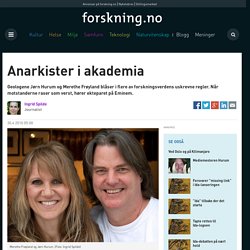