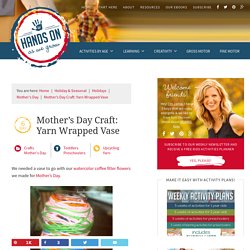 I did a little googling for some “vase crafts” and found some beautiful yarn wrapped vases, there’s a cool rainbow vase from Kaboose. I didn’t expect there to be a pattern, or perfectly aligned yarn wrapped around the jar. I just wanted there to be something made with the kids for my mom on Mother’s Day. Another fun vase craft are tinted mason jars. What we used to make our vase was a glass jar from our recycling bin, a tall, skinny one. That was all it took to get started. When Henry wanted to change colors of yarn, I knotted the end to the next color yarn. And Henry wrapped some more. Spinning the jar around and around. I did help here and there. I kept George busy (get more ideas for toddler play) during our crafting with some yarn, too. After going through all four colors of yarn that we had. Success! How to make a Tunnel Book. Things that you'll need are: matte board paper colouring tools of your choice x-acto knife hot glue or Epoxy Spray Adhesive Card stock The first thing you want to do is start sketching and plan out your story or whatever it is that you want to put in the book. 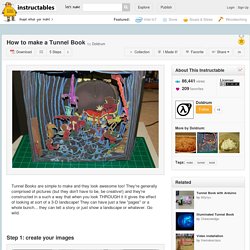 The thing you have to keep in mind is that most of your illustration is going to have to be on the sides of the pages... it's going to have to be on the borders so you can still look through the tunnel... but hey it doesn't have to.... but you want to keep in mind that if you have too many things in the middle of your vision you're not going to be able to tell what's happening. Another thing you want to keep in mind is that the borders of your "pages" will slowly continue to get wider as they move back in the book to get that tunnel effect, so keep that in mind as you're sketching our your ideas Once you come up with your idea, put it on any kind of paper that you like colour it out but leave a space in the middle.

Earth Day With STEAM: Creating Tunnel Books. STEAM, or STEM education with arts added in, is the latest in a trend towards teaching integrated, meaningful lessons that bring science, technology, engineering, and math to the forefront. 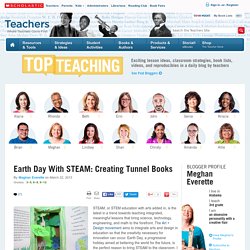 The Art + Design movement aims to integrate arts and design in education so that the creativity necessary for innovation can occur. Earth Day, a progressive holiday aimed at bettering the world for the future, is the perfect reason to bring STEAM to the classroom. I use century-old tunnel books with computer lab technology for an engaging lesson on the world’s biomes. Tunnel books are from the 19th century and were used for promotional materials and tourist souvenirs. The books have little writing and are made with parallel frames that give the viewer a 3-D look at what’s inside. S Is for Science My students begin by researching world biomes on the Internet. Tunnel Books. Directions:Haiku:1. 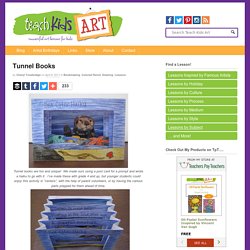 Begin by reading a few haiku poems to your students, so they get the feel for the structure of the verse. Choose haiku that focus on nature as a theme, as you find in traditional Japanese haiku. Explain that a haiku does not need to rhyme. Titles are optional.2. Show how each of the 3 lines has a specific number of syllables (5,7,5). Papirfly. Slike papirfly har barn lekt med i sikkert mer enn 100 år. 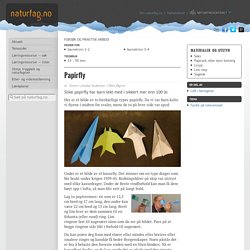 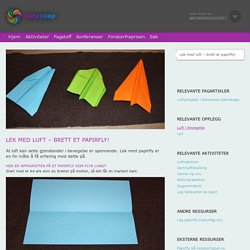