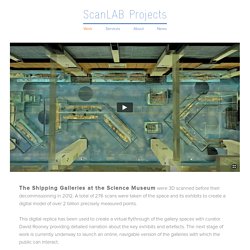 A total of 276 scans were taken of the space and its exhibits to create a digital model of over 2 billion precisely measured points. This digital replica has been used to create a virtual flythrough of the gallery spaces with curator David Rooney providing detailed narration about the key exhibits and artefacts. The next stage of work is currently underway to launch an online, navigable version of the galleries with which the public can interact.

Archiving the Shipping Galleries digitally prolongs their legacy beyond their physical installation. As a digital record of both the space and it’s exhibits the scan model has the potential to continue this exhibition and the discussion around its content online, reaching a wider digital audience. Tutorial Videos — ScanLAB @ The Bartlett School of Architecture, UCL. Sublime Illustrated Cinemagraphs by Rebecca Mock. Digital. Poohtown by Nick Elias uses Winnie-the-Pooh to reimagine 1920s Slough. Bartlett architecture graduate Nick Elias has reimagined 1920s Slough, England, as the happiest place on earth by overlaying its industrial landscape with scenes from Winnie-the-Pooh (+ slideshow). 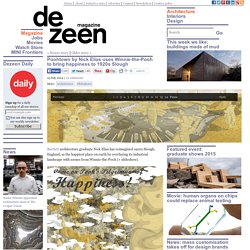 Conceived by Elias to promote the importance of "happy architecture", Poohtown offers a fictional alternative to the depression and social exclusion that characterised Slough after the First World War, when the town become a centre for little but industry. Conceptual Risk Theme Park features floods, fires and hazards. Graduate shows 2015: Royal College of Art graduate Soon-min Hong has designed a theme park where, instead of rides, the attractions include opportunities to get caught up in a whirlpool or evacuate a burning building. 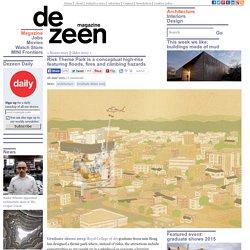 The Risk Theme Park – unveiled this week at the opening of the London school's end of year show – is an architectural proposal intended to increase the public's appreciation of risk-taking jobs like firefighting. Soon-min Hong believes that people are no longer prepared to take daily risks that might prepare them for dangerous situations, which has led to emergency services being taken for granted. COMPETITION INNATUR 4 : Nature Interpretation Centre. OPENGAP organizes the fourth edition of this open ideas competition seeking for innovative, cutting-edge, contemporary, proposals, committed to a strategy of implementing architecture in a natural environment. 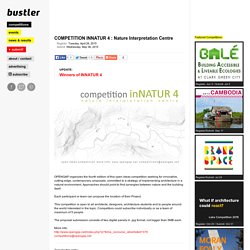 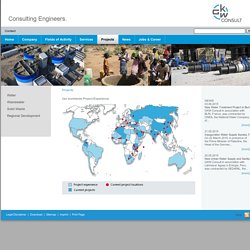 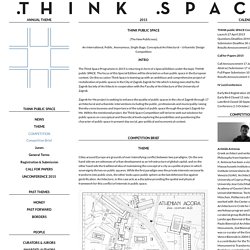 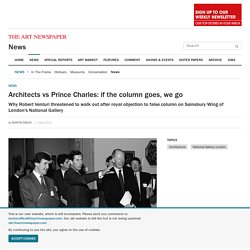 The row was over a false Corinthian column that the US architect wanted as a decorative feature on the Trafalgar Square façade of the new extension. The gallery’s trustee minutes for 1986 to 1987, which have just been made public, reveal that Venturi threatened to resign following criticism of the column by Prince Charles and other trustees. Jacob Rothschild, then the chairman, warned his fellow trustees that this threat should be kept confidential and “must not be known outside the building”. Prince Charles had been appointed a trustee of the National Gallery by the prime minister, Margaret Thatcher, in January 1986, at a key point in the fierce architectural debate between traditionalists and Modernists in Britain.

Rough Sketches Turned into Real Furniture. For his senior thesis exhibition at Tokyo University of the Arts, student Daigo Fukawa created this collection of "rough sketch products," a very clever set of furniture that, well, look like scribbles of...furniture! 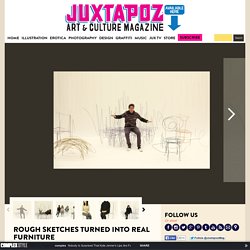 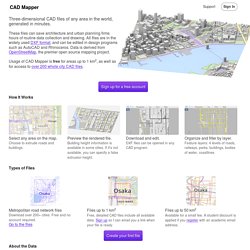 These files can save architecture and urban planning firms hours of routine data collection and drawing. All files are in the widely used DXF format, and can be edited in design programs such as AutoCAD and Rhinoceros. Data is derived from OpenStreetMap, the premier open source mapping project. Usage of CAD Mapper is free for areas up to 1 km2, as well as for access to over 200 whole city CAD files. How It Works Select any area on the map.Choose to extrude roads and buildings. George tooker - Αναζήτηση Google. Institute For New Feeling - feltbook. 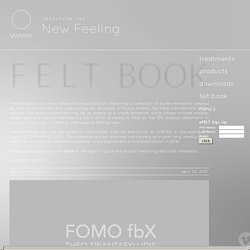 Man creates kinetic sculpture that moves and lives on its own. [VIDEO]