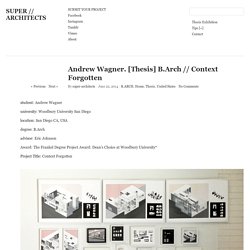 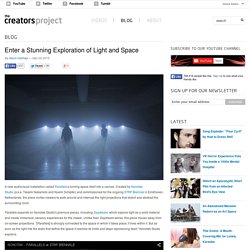 Created by Nonotak Studio (a.k.a. Takami Nakamoto and Noemi Schipfer) and commissioned for the ongoing STRP Biennial in Eindhoven, Netherlands, the piece invites viewers to walk around and interrupt the light projections that distort and abstract the surrounding room. Parallels expands on Nonotak Studio's previous pieces, including Daydream, which explore light as a solid material and create immersive, sensory experiences for the viewer. Unlike their Daydream series, this piece moves away from on-screen projections. Louis Reith. Joseph Hart. Mixed media drawings by Joseph Hart. 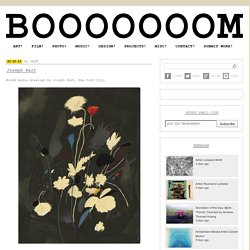 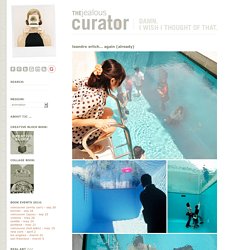 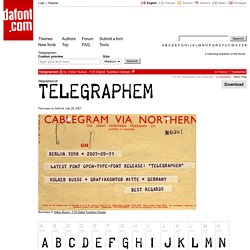 Rispa_family.zip. The-arabian-nights-1001-nights-and-a-night-original-translation.pdf. The Living City. This is a transcript of a talk delivered at Cognitive Cities, a conference on the future of cities held in Berlin on 26th Feb 2011. 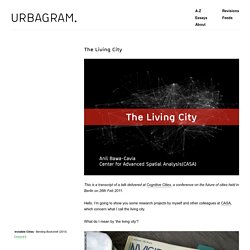 Interactions. Archipelago. The architecture of mindbending metaphysical horror. Can a room drive you mad? 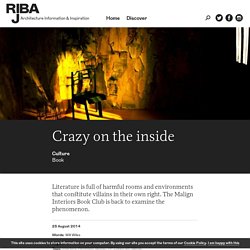 Earlier this year the architect and educator Sam Jacob, formerly of FAT, asked me to run a series of book club events for the Architectural Association's Night School, of which he is director. The last of the three weekly sessions would look at my own novel Care of Wooden Floors, a dark farce about a maddening minimalist apartment, while the other two could be about anything I wanted, so long as they shared an architectural theme. Perhaps this sounds like a challenge, but the theme was in fact easy to pick: malign interiors. Literature is full of harmful, hostile spaces, rooms and environments that qualify as villains in their own right. MEGAESTRUCTURAS. MAKLab. Georgios Karampelas. Communication Design: Illustration MA - London postgraduate courses. Choose Kingston's Communication Design: Illustration MA This course encourages the exploration and understanding of the methods and processes at work in contemporary visual communication. 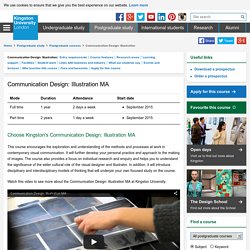 It will further develop your personal practice and approach to the making of images. The course also provides a focus on individual research and enquiry and helps you to understand the significance of the wider cultural role of the visual designer and illustrator. In addition, it will introduce disciplinary and interdisciplinary models of thinking that will underpin your own focused study on the course.

Interactive materiality. Bamiyan Cultural Centre Design Competition. Submission ID: BCC004104 Team Leader: Costas Nicolaou Team Member: Constantinos Marcou Country: Cyprus This proposal looks at the notion of culture beyond the poetic explanations that were embedded by different approaches and to read it means to understand it within social and political context. 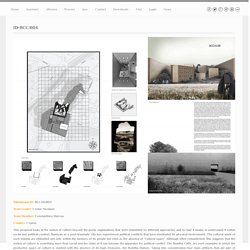 Bamiyan as a post-traumatic city has experienced political conflicts that have dominated its physical environment. Stunning Video Game Is Like An Ancient Greek Urn Come To Life. In May 1819, John Keats left his job as an assistant surgeon at Guy's Hospital in London to dedicate himself to the full-time task of writing poetry. 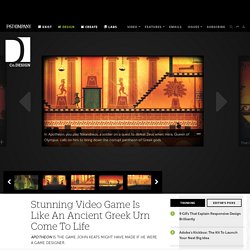 He composed five poems, of which, "Ode To A Grecian Urn" is the most famous. It imagines the painted figures on the side of an ancient Greek vase coming to vivid life, right before his eyes. If Keats had been alive 200 years later, he might have quit his job and become a game developer, not a poet. And if he had, Apotheon, a new game for the PC and PS4, might be his "Ode To A Grecian Urn. " ΠΡΩΤΟ ΜΑΘΗΜΑ ΓΙΑ ΤΟ ΕΡΓΑΣΤΗΡΙ ILLUSTRATOR ΤΗ ΔΕΥΤΕΡΑ 02/02 ΣΤΙΣ 19.30.

Architectural Illustration: In A Digital Era, Drawing Isn't Dead. Out in the everyday professional reality of architectural practice, “drawing” is often used as a euphemism of either a construction document or a sales ploy to court and dazzle clients. There is no doubt that digital culture has changed the way that projects have been designed and represented, and according to Perry Kulper, author of “The Labor of Architectural Drawing,” the result is a “shift from what architecture looks like to how it behaves—a movement from the configuration and image dominance to parametric and performance logics.”

However, despite its waning appearance in the business-as-usual side of architecture, drawing and illustration are still inescapable components of the practice that filter into multiple stages of the process (after all, there has to be something in all those moleskins…). Conveying a glimpse into process, illustrations can provide intimate windows into the thinking behind a project. Conceptual Scrawl Add To Collection Save this image to a collection. Winners of the NZIA Graphisoft Student Design Awards propose cheeky, fresh ideas for Auckland. Artist creates life-size pin impression toy thing.

First off… why was there never a generic trademark name for those desktop pin toys? Slinky, Lego, Frisbee… these are all great, simple names that came from a brand name, but that never happened here, so we’re forever forced to awkwardly refer to them as “pin toys” or “pin point impression toy”. What about Pinsy™ or Pinpression™ or Pinnle™ or Pins ‘n Giggles™? SOMETHING. What if you had to go around constantly referring to a Slinky as “that metal helical spring thing that walks down stairs”? I digress, even though I’m dead serious that the fact that those things don’t have memorable names keeps me up at night. Fashion designer Lulu Guinness recently took a popular desk toy and made a life-size version, encouraging people to be “pin-ups.“ The interactive installation was commissioned by the British designer and placed beneath St.

Via. [MILAN] World Expo Pavilion. UP IN THE AIR LONG ISLAND. Ana Kraš - portfolio site of Ana Kraš. How to create a realistic charcoal sketch using Photoshop. Visualizing Architecture. I wanted to go into more depth about how I created the sketch look. Images like these depend almost entirely on the textures you use. I spend a lot of my time scavenging images online as well as creating my own to get the exact style that I am looking for. Along with good textures, another key component to sketch illustrations is the subtle imperfections. Sometimes, the textures that I use have enough blemishes and flaws that nothing extra is needed. In the example below, I did spend some time adding smudges and details that help blur the edge between computer and hand drawn. I started out creating a video tutorial but soon realized that there was too much custom editing done that was unique to this illustration and probably would make things confusing. No-Render Quick Night Illustration.

This tutorial will create an artistic night rendering by exporting images from Sketchup to Photoshop. This means no external rendering programs are needed saving a lot of time. 1: First, a view should be saved because multiple images will be exported and overlayed in Photoshop. Accidentally moving the view will make it almost impossible to get the images to line up later. This can be done by going to View>animation>add scene. Favorite Architectural Cutout and Texture Resources. Architecture visualization can consume a lot of resources and time if you’re not careful. With the tediousness of Photoshop and renderings calculating through the night, spending more that 20 minutes searching Google images for a specific texture or image can become a breaking point for many. Any way to save time in this field is a big advantage, especially in school. The thing is, there are a lot of free resources online that have already put in the hard work so that you don’t have to.

The sleeves have been stacked closer together on the exterior walls of the south-facing rooms. In shadier places, they allow both a view out and let in as much daylight as possible. It is not only the colour of the sleeves that gives a concordant look to the façade’s extension. The historical structure harmonizes with the new sunshade as well. With their seemingly random arrangement, the ceramic sleeves in four different sizes – 10, 15, 20 and 30 cm – strikingly announce the content of the building and call to mind their original storage space in the production facility. Alberto giacometti piazza. Somerset house children. Katsushika Hokusai. Works by Elisa Vendramin. Great Mosque of Samarra, Iraq. Bill Viola - Ocean Without a Shore - Venice Biennale 2007.

Βασω κατρακη χαρακτικα. Uneven Growth. Studentarch. 8 Must-See TED Talks for Architects. TED Talks are one of the easiest ways to gain knowledge quickly from some of the smartest people on the planet, and the field of architecture is no exception. Diller & scofidio: the blur building. Tools for Ideas: An Introduction to Architectural Design: Christian Gänshirt: 9783764375775: Amazon.com: Books. Κείμενα - Rebelnet. Citizens of No Place: An Architectural Graphic Novel: Jimenez Lai: 9781616890629: Amazon.com: Books. ± Street View - an album on Flickr.

PROCES. Halftone Design Element Stock Photo. Meet the Artist: Jim Denevan Uses the Landscape to Create the World’s Largest Drawings. No canvas is too big for Jim Denevan. This Santa Cruz-based artist is known for his massive drawings on beaches, in the desert, and on snow covered landscapes. Return to the Sea: Saltworks by Motoi Yamamoto.