Diller scofidio + renfro. Mutants. Mutants is a product of Hess persistent urge to de-solidify the body. 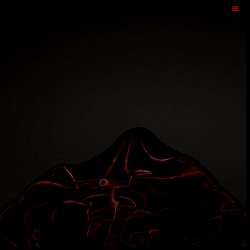 Fascinated by the idea of physically morphing the body Hess uses latex to liquefy and sculpt the body, creating a physical alternative to the virtual morphosis. The skin of latex is lit by an installation existing out of light tubes, leaving an ever evolving grid on the slowly moving Mutant. What appears to be a high tech digital visual in reality is a low tech physical performance. Only the transitions between the three color changes are manipulated or digitally enhanced. “I love to work with basic material and lift them to another level, using basic software accessible on the internet.” Sky Arts Ignition: Memory Palace - About the Exhibition. 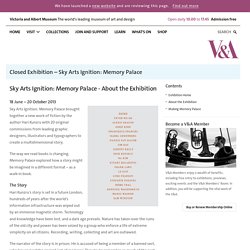 The way we read books is changing. Untitled. Untitled. Eva Hesse- Abject Materialities. I think its very easy to read the content of Hesse’s work as abject, the first work looks like egg sacks (the monstrous maternal), pendulous breasts (female, monstrous and aged), or droplets of spittle, perhaps sweat or seminal fluids. 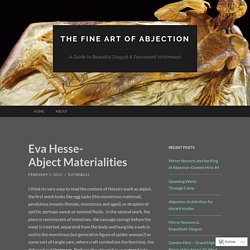 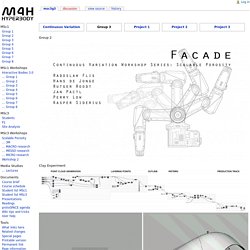 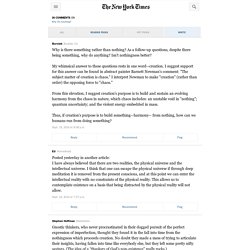 BursiekBoulder, Co Why is there something rather than nothing? As a follow-up questions, despite there being something, why do anything? Isn't nothingness better? LEIGH WELLS. Giorgio Agamben. What is a Paradigm. 2002 3/10. Gilles Deleuze. Passionate Dialogue. Transmaterial – A Catalog of Materials That Redefine our Physical Environment. Google Fonts. Subject-object in Martin Heidegger, Bruno Latour and Manuel De Landa. The point of departure of this article is a text by Martin Heidegger on the essence [das Wesen] of the work of art. 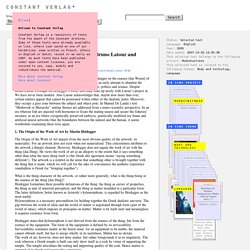 Heidegger’s definition of the work of art is an early attempt to abandon the modernist gap between subject and object, culture and nature, politics and science. Manuel DeLanda, Philosopher, "Material Affectivity" at PennDesign. The Topology-approach to Culture and Manuel DeLanda. Since I’ve already began writing on a topological approach to cultures and culture-generating processes, I might as well prolong the pain by trying to include other writers, outside the ANT-school of thought, that might contribute with concepts for thinking “topological cultural theory”. 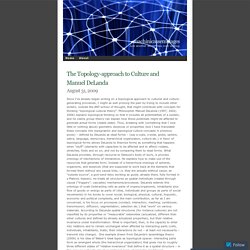 Manuel DeLanda. Intensive and Topological Thinking. 2011. The Topology-approach to Culture and Manuel DeLanda. Elective Courses. The bibliography on design computation and fabrication is immense. 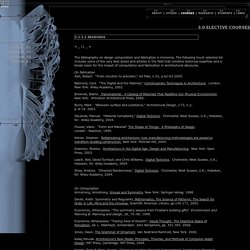 The following much selected list includes some of the very best books and articles in the field that combine technical expertise and a broad vision for the impact of computation and fabrication in architectural discourse. On fabrication Aish, Robert. “From intuition to precision,” AA Files, n.52, p.62-63.2005. Giorgio Agamben. Resistance in Art. 2014. Physics by Aristotle.

Commentary: Several comments have been posted about Physics. 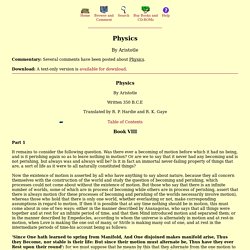 Download: A text-only version is available for download. PhysicsBy Aristotle Written 350 B.C.E Translated by R. P. Hardie and R. K. Silkworms and robot work together to weave Silk Pavilion. News: researchers at MIT Media Lab's Mediated Matter group have created a dome from silk fibres woven by a robotic arm, which was then finished by live silkworms (+ movie). 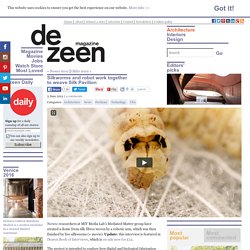 Update: this interview is featured in Dezeen Book of Interviews, which is on sale now for £12. The project is intended to explore how digital and biological fabrication techniques can be combined to produce architectural structures. I85b0 speculative everything design fiction and social dreaming by Y.M. An army of 60,000 bees built this giant honeycomb teapot. Benjamin Bratton Spring 2016 Master Class 2. Vortex architecture. On Speculative Design. Benjamin Bratton on Speculative Design, an alternative to mainstream Design that complicates the speculative models that underscore our global economy. He suggests design solutions based on longer and shorter timescales than regular product lifecycles, and geared toward “users” who may or may not be human. This text is based on a transcription of Bratton’s remarks at the launch of the Speculative Design undergraduate major at the University of California, San Diego, February 10, 2016. åyr, Portrait #4, 2016 –> orb 11b Speculative Design (SD) understands itself as progressive alternative perspective to mainstream Design culture (and as an alternative to other alternatives as well).1 It knows that “Design” is not some magic way of thinking (involving stick-up notes, sharpies and colored beanbags) that just makes things better by “building trust,” “understanding the customer” or “getting a seat at the table” or similar.

Futurism, Scale Matter, Materialism. The Grid as a Checkpoint of Modernity. In her seminal essay ‘Grids’, the art historian Rosalind Krauss claimed that ‘the grid functions to declare the modernity of modern art’. ‘By “discovering” the grid’, Krauss continues, ‘cubism, de Stijl, Mondrian, Malevich … landed in a place that was out of reach of everything that went before. Which is to say, they landed in the present, and everything else was declared to be the past’. Andrea Branzi Interview. In January 2012 we had the opportunity to meet in his Milan office the father of radical design Andrea Branzi. A constant feature of Andrea Branzi’s activity is the theoretic reflection about the changes within the design culture, and about the relations between this one and the socio-technologic context. An author of many books about the theory of contemporary project and about the history of Italian design, that have been published since the ‘80es in Italy, England, France, United States.