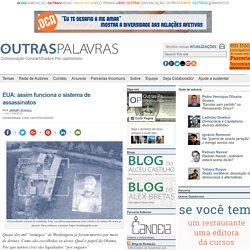 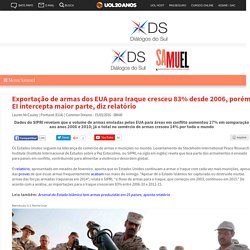 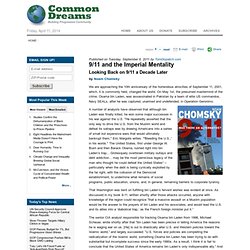 On May 1st, the presumed mastermind of the crime, Osama bin Laden, was assassinated in Pakistan by a team of elite US commandos, Navy SEALs, after he was captured, unarmed and undefended, in Operation Geronimo. A number of analysts have observed that although bin Laden was finally killed, he won some major successes in his war against the U.S. "He repeatedly asserted that the only way to drive the U.S. from the Muslim world and defeat its satraps was by drawing Americans into a series of small but expensive wars that would ultimately bankrupt them," Eric Margolis writes. "'Bleeding the U.S.,' in his words. " The United States, first under George W.

It’s Incredibly Rare For A Grand Jury To Do What Ferguson’s Just Did. A St. 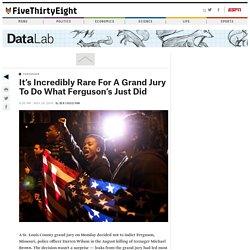 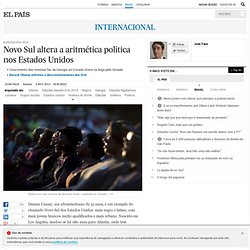 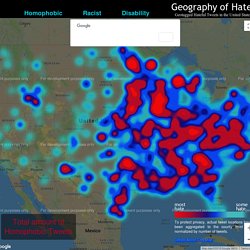 Monica Stephens of Humboldt State University (HSU) identifying the geographic origins of online hate speech. Undergraduate students Amelia Egle, Matthew Eiben and Miles Ross, worked to produce the data and this map as part of Dr. Stephens' Advanced Cartography course at Humboldt State University. The data behind this map is based on every geocoded tweet in the United States from June 2012 - April 2013 containing one of the 'hate words'.

This equated to over 150,000 tweets and was drawn from the DOLLY project based at the University of Kentucky. To produce the map all tweets containing each 'hate word' were aggregated to the county level and normalized by the total twitter traffic in each county. Media_consolidation.jpg 935×700 pixels. Nadhmi Auchi. From WikiLeaks Nadhmi Auchi (Arabic: نظمي أوجي‎) is a British resident Iraqi billionaire and former Ba'ath party member who left Iraq in the early 1980s. 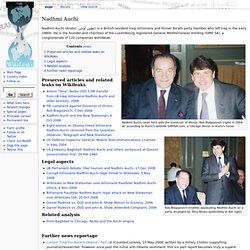 He is the founder and chairman of the Luxembourg registered General Mediterranean Holding (GMH SA), a conglomerate of 120 companies worldwide. Nadhmi Auchi, seen here with the Governor of Illinois, Rob Blagojevich (right) in 2004 at, according to Auchi's website GMHSA.com, a Chicago dinner in Auchi's honor Rob Blagojevich (middle) applauding Nadhmi Auchi on a party arranged by Tony Rezko (potentially in the right) Preserved articles and related leaks on Wikileaks Legal aspects Related analysis. Blackwater's Black Ops. Internal documents reveal the firm's clandestine work for multinationals and governments. 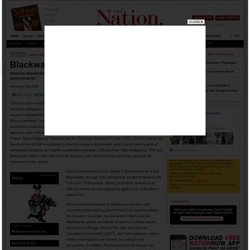 Over the past several years, entities closely linked to the private security firm Blackwater have provided intelligence, training and security services to US and foreign governments as well as several multinational corporations, including Monsanto, Chevron, the Walt Disney Company, Royal Caribbean Cruise Lines and banking giants Deutsche Bank and Barclays, according to documents obtained by The Nation . Blackwater's work for corporations and government agencies was contracted using two companies owned by Blackwater's owner and founder, Erik Prince: Total Intelligence Solutions and the Terrorism Research Center (TRC).

Prince is listed as the chairman of both companies in internal company documents, which show how the web of companies functions as a highly coordinated operation. The Federalist - Contents. About.com: government 101.