How to Make Your Personal QR Code. Security and Hacking apps for Android devices. Now days, smartphones and tablets are most the popular gadgets. 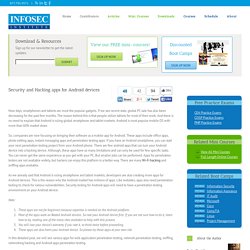 If we see recent stats, global PC sale has also been decreasing for the past few months. The reason behind this is that people utilize tablets for most of their work. And there is no need to explain that Android is ruling global smartphone and tablet markets. Android is most popular mobile OS with more than 60% market share. So, companies are now focusing on bringing their software as a mobile app for Android. As we already said that Android is ruling smartphone and tablet markets, developers are also creating more apps for Android devices. Note: These apps are not for beginners because expertise is needed on the Android platform.Most of the apps work on Rooted Android devices. 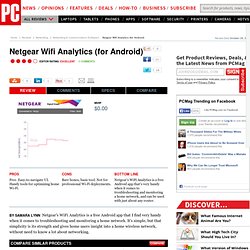 It's simple, but that simplicity is its strength and gives home users insight into a home wireless network, without need to know a lot about networking. What it Does and Where to GetThis free app available on Google Play, checks the strength of a wireless signal, network status, which channels are most crowded with wireless networks, and more.

Relatively small at 459k, the app does not take up a lot of storage space on my Droid Razr M running Android 4.1.2. The app requires Android 2.2 and up. Using the AppI have my phone connected to my test WiFi network using Netgear's R6300 router. There are several icons at the bottom of this screen. The next icon is "Home. " Another icon at the bottom is represented by the traditional Wi-Fi symbol – tap it and all Wi-Fi networks in proximity are displayed. SwiftKey Keyboard. Nova Launcher Prime. Pushbullet. Text from your Tablet, using your current Android phone number. 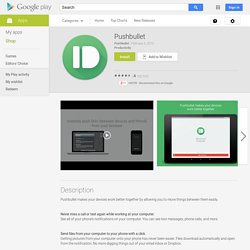 Plume for Twitter (for Android) Review. Just because Twitter is working to curtail non-canonical clients doesn't mean that developers have stopped trying to deliver its 140-character utterances in better and better ways. 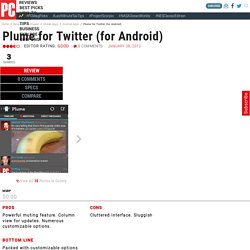 Plume for Twitter brings a highly customizable Twitter client to Android devices (free, $4.99 to remove ads) with a powerful muting feature to help you manage the chaos of Twitter. Starting up Plume for the first time, users are greeted by a colorful screen and Plume's cute, friendly duck/penguin masot. Once inside the app, Tweets are displayed in a series of scrolling columns, showing @ replies, the latest updates, direct messages, and so on. Viber : Free Messages & Calls 3.0.1 (for Android) Review. Smartphones can do things Alexander Bell never imagined, but the actual phone and messaging experience hasn't changed dramatically. 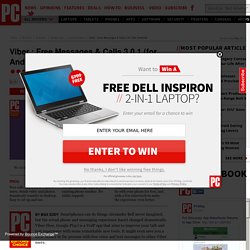 Viber (free, Google Play) is a VoIP app that aims to improve your talk and text experience with some remarkable new tools. It might even save you a little money in the process with free voice and text messages to other Viber users. Starting Up Setting up Viber is a snap on Android: just enter your phone number and a user name, and Viber more or less does the rest. Oddly, the Android version defaults to American Samoa for the region code, but it's the same as the United States setting. Any.do To-do List & Task List. Wifi Analyzer. With OpenSignal you can map cellular coverage, find Wi-Fi hotspots, test and improve your reception & get faster data.✓ Signal compass points you in the direction your signal is coming from, just walk towards it! 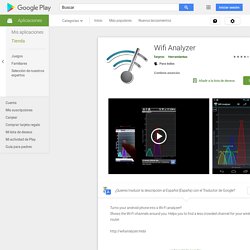 ✓ WiFi map allows you to easily locate nearby public networks. ✓ Coverage maps allow you see the best places for signal. ✓ Speedtest feature allows you to see the true speed of your connection (download, upload & latency)✓ NetworkRank allows you to see which carrier is best in your area. ✓ See a map of local cell towers. ✓ Free and ad-freeYou can also:✓ Help improve our coverage and WiFi maps. ✓ Share your findings on Twitter and Facebook and compare your connection with other users. ✓ View your history of signal readings.✓ test upload, download and latency✓ Save your data to SD card. ✓ Signal booster for compatible phonesHelp contribute to our crowdsourced impartial maps of carrier coverage and wireless hotspots by using our app to improve your connection. 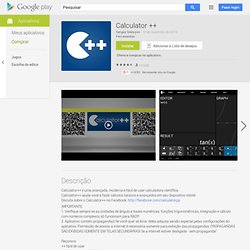 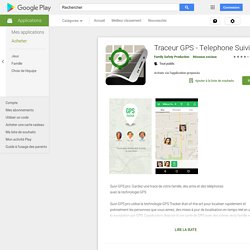 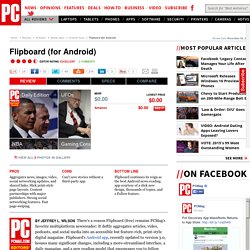 Getting StartedYou begin with Flipboard by selecting at least five topics from a list of over 32,000. By default, your custom-built digital periodical features a lead image and headline, as well as a small list of featured stories in the upper-right corner. Circle of 6. bSafe is a personal safety app designed to keep you and your friends safer 24/7.

It’s packed with features for both everyday safety and real emergencies, making it the ultimate safety tool for you and everyone you love. bSafe puts safety in YOUR hand - for FREE! Set up your own personal social safety network today. WolframAlpha. Voice Answer is a voice assistant that gives answers on many topics and can assist you with lots of tasks.

We have introduced a stunning 3D robot with whom you can chat, ask detailed questions and who can guide and help you. The knowledge base behind the app contains 'Wolfram Alpha' as well as Wikipedia amongst others, which gives you an enormous amount of information in your pocket. Examples of topics and specific questions: Mathematics: 'Integrate sin x dx from x=0 to pi' Units & Measures 'What is the U.K. men's size 11 shoe in Japanese size' AutomateIt-Automate Your Droid. MacroDroid is a task automation and configuration app that focuses heavily on usability with a simple, attractive UI and logical step by step process. From AndroidTapp.com: "MacroDroid is an utterly brilliant, and less expensive, alternative (to Tasker) that is definitely worth trying out" (4.6/5)Please note MacroDroid is currently only available in the English language.

Preliminary work is underway on a Spanish translation which we hope to make available in the coming months.A few examples of what MacroDroid can automate: • Shake the device to upload the last photo to Facebook.• Turn on Wifi or Data connection when you launch a particular app (and off again when closed).• Respond to an incoming SMS by sending your current location.• Toggle the power button to tell you the time (e.g. when its in your pocket).• Use NFC tags to configure the device (turn on bluetooth, set volume etc).Creating a custom Macro is easy: AirDroid. VSCO Cam®