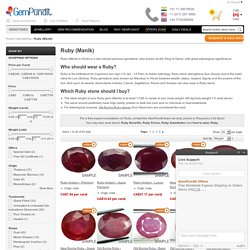 Who should wear a Ruby? Ruby is the birthstone for Capricorn sun sign (15 Jan - 14 Feb). In Indian astrology, Ruby stone strengthens Sun (Surya) and is the rashi ratna for Leo (Simha). Ruby gemstone (also known as 'Manikya' in Hindi) bestows wealth, status, respect, dignity and the powers of the Sun God upon its wearer. Ascendants of Aries, Cancer, Sagittarius, Pisces and Scorpio can also wear a Ruby stone. Which Ruby stone should I buy? Ruby Stone Benefits Ruby or Manik stone has symbolized royalty since ages. Ruby Price Ruby price per carat depends upon its Weight (measured in carats or ratti), Quality (Cut, Clarity and Color) and the Treatments it has undergone.Natural Ruby stone price in India starts at Rs. 450 per carat and goes as high as Rs. 2,00,000 per carat and above.Choosing the right Ruby gemstone is the most difficult as compared to other gemstones. 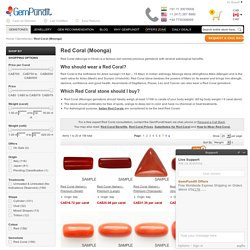 Who should wear a Red Coral? Pearl Stone. Opal Stone. Opal (Upal in Hindi) is a semi precious gemstone found in a variety of colors like white, blue, pink and green. 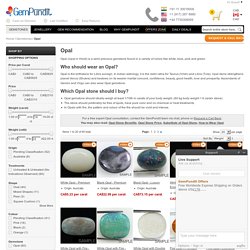 Who should wear an Opal? Opal is the birthstone for Libra sunsign. Onyx Stone. Moonstone Birthstone. Moonstone is an ancient gemstone, usually set in jewellery, due to its beautiful and distinctive semi-transparent blue tint and shimmering color play. 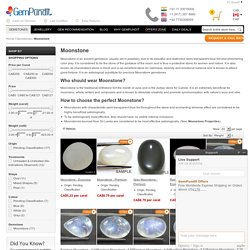 Iolite Gemstone. Iolite (Neeli or Kakaneeli in Hindi) is a semi precious gemstone, mostly found in shades of blue colour, which exhibits pleochroism. 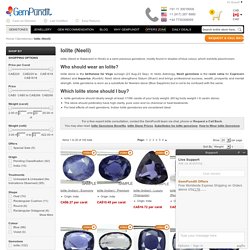 Who should wear an Iolite? Iolite stone is the birthstone for Virgo sunsign (23 Aug-23 Sep). In Vedic Astrology, Neeli gemstone is the rashi ratna for Capricorn (Makar) and Aquarius (Kumbh). Neeli stone strengthens Saturn (Shani) and brings professional success, wealth, prosperity and mental strength. Iolite gemstone is worn as a substitute for Neelam stone (Blue Sapphire) but is not to be confused with the same. Which Iolite stone should I buy? Iolite gemstone should ideally weigh at least 1/10th carats of your body weight. (60 kg body weight = 6 carat+ stone)The stone should preferably have high clarity, pure color and no chemical or heat treatments.For best effects of neeli gemstone, Indian Iolite gemstones are considered ideal. Hessonite Stone. Hessonite (Gomed or Gomedhikam in Hindi) is an orange-brown semi-precious gemstone which has a very special place in Astrology. 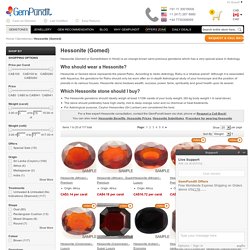 Who should wear a Hessonite? Hessonite or Gomed stone represents the planet Rahu. According to Vedic Astrology, Rahu is a 'shadow planet'. Although it is associated with Aquarius, the gemstone for Rahu should only be worn after an in-depth Astrological study of your horoscope and the position of planets in its various houses. Garnet Stones. Garnet Stone Benefits The greatest benefit of Garnet is received when it is used in healing therapy. 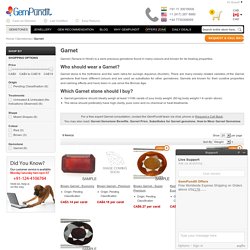 Garnet gemstone is known to bring positivity, stability, good health and enthusiasm in life.One of the benefits of Garnet gemstone is its healing effects on the emotions of a person. It is known to ward off nightmares (bad dreams), alleviate mental depression and cure sleep disorders.In the field of Business, the auspicious astrological effects of Garnet are derived by keeping Garnet crystals in the cash counter or cash register to attract luck and wealth.People who work in fields related to Tourism & Travel or whose jobs require extensive travelling can reap a lot of benefits of garnets. Garnet gemstone blesses its wearer with safe travels, strength and wanderlust.One of the most significant benefits of garnet stones is that they provide their wearer with good decision making skills.

Garnet Stone Price At GemPundit.com, there is a stone for every budget. Garnet Quality Metal. Emerald(Panna) Stone.