An Atlas of Cyberspaces- Historical Maps. USENET in 1981. 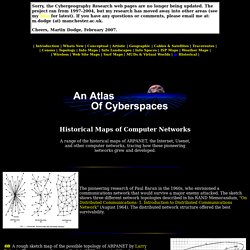 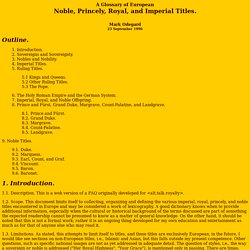 See Introduction for an explanation of the Sourcebook's goals. Explanation of Sources of Material Here . See the Help! Page for all the help on research I can offer. Although I am more than happy to receive notes if you have comments on this web site, I cannot answer specific research enquiries [and - for students - I cannot, or rather will not, do your homework.] The Modern History Sourcebook now works as follows: This Main Index page has been much extended to show all sections and sub sections. To access the sub-section pages , simply browse the sections below and select the highlighted (white text with green background) section title on the left. 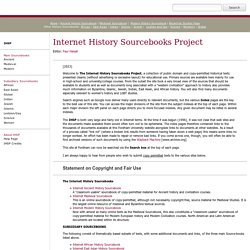 Encycl. Medieval Studies. World History : HyperHistory. Resources, Programs, Research. Episode Two: Among Believers The Story of the Jews PBS Simon Schama’s epic series continues with the story of medieval Jews struggling to preserve their identity — and sometimes their lives — under the rule of Christianity and Islam. 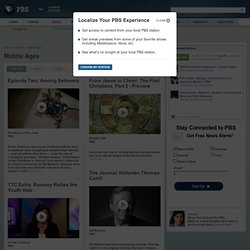 Internet History Sourcebooks. Full Text Sources Links to full texts of books available at this and other sites will be listed here. 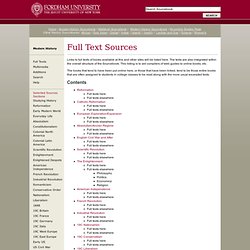 The texts are also integrated within the overall structure of the Sourcebook. This listing is to aid compilers of web guides to online books, etc. The books that tend to have been put online here, or those that have been linked, tend to be those entire books that are often assigned to students in college classes to be read along with the more usual excerpted texts. Contents. People and Places of the Middle Ages - Medieval People and Places. History of the World. Illuminated Manuscripts. Manuscripts from the 8th to the 15th century Before the introduction of printing to Western Europe during the mid-15th century, all books were written by hand. 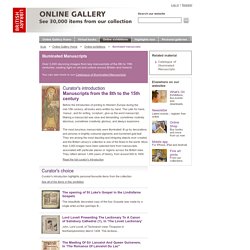 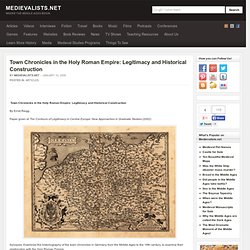 Introduction: Within the patchwork rug called the Holy Roman Empire legitimacy was a multi-polar problem as the empire was a multi-polar organism. Click here to read this article from the University of Oxford <A HREF=" Widgets</A> Encyclopedia of the Medieval Chronicle - Brill Reference. Medieval Manuscripts & Maps Digitized. The Medieval Review. Medieval Germany.