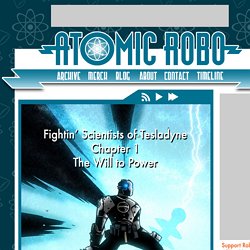 It’s a big read for an internet article, but worth your time if you’d like to step away from the horror show of our political landscape for a few minutes. Also you could learn some stuff or whatever. Kenya’s BRCK. This is the future cyberpunks want. How DeepMind Helps AI Learn Faster. Detective X revealed. These Strange Science posts are made possible thanks to our smart and good looking Patrons. Not Drunk Enough - Book Two. 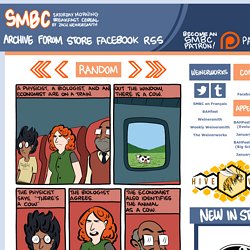 Hotblood! Not Drunk Enough - Page 34. Mare Internum - Chapter 1, Page 34. Snarlbear. Brainchild » by Suzanne Geary. Trial of the Sun - 4-08. BACK. Cosmic Scoundrels. About - Amya. The Comic Amya is a high-fantasy graphic novel following the travels of a mute spell-touched and her unlikely companions as they are dragged into an adventure that is a little beyond them. 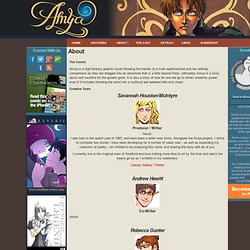 Ultimately Amya is a story about self sacrifice for the greater good. It is also a story of how far one will go to obtain unearthly power; even if it includes throwing the world into a mythical war between fate and chaos. Creative Team. Rickety Stitch. Rickety Stitch Archive Lore Archive Characters Creatures Fiends Folk Geography. 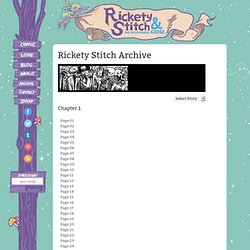 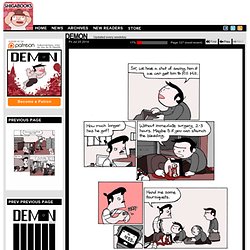 If you’ve made it this far, congratulations! I designed Demon to unfold at an incredibly slow pace. I can’t even imagine how frustrating it would be to read 125 pages of comics over half a year and still not even know what the story’s about. I realize that’s a lot to ask of reader. The good news, by the end of the chapter, you’ll pretty much know what Demon is about. I’ll get back to chapter 5 in a moment, but first a little back story about the Demon project itself… I had originally penciled out the first 5 chapters and submitted it with an outline for the remaining 16 as a graphic novel pitch to the publisher of my two previous books.

And they were right. But here’s the thing. For those of you who don’t know me personally, I can tell you I’m probably the most stubborn human you’ll ever meet. 3 Comments 0 Comments 8 Comments Comedy vs. Alpha Flag - Updates every Thursdayish. JUST ANOTHER SHEEP - Eve of Destruction- Page One. Yesterday, youth all across America poured into the streets in a frenzy of utter mayhem. 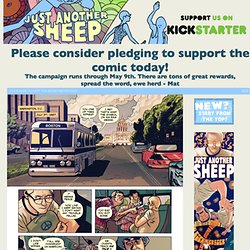 In unison they roared, “We want sheep, we want sheep...” BATTLE DOG. THUNDERPAW: IN THE ASHES OF FIRE MOUNTAIN. Monster Pulse. Judecca. Gingerhaze. The Last Mechanical Monster. I'm Back from Space, and I Brought Sentient Cubes with Me. Stand Still. Stay Silent - webcomic. Outrunners. The End » Updates Tuesdays and Fridays! TRI/P. - A Webcomic by Ben Towle.

By Ramón Pérez » Current. Outside of the comments section, january 10 2012 was my last official post. definitely been a while. it’s been a wild year and half. my career has skyrocketed in various different directions. 2012 was full of promotion and travel, i was barely home, and when i was i was squeezing in what work i could to make ends meet. 2013 has been a continuation, though i purposefully cut down on travel in order to refocus on work. while fantastic it’s been a blur. it seems time moves quicker and quicker as you get older and take on more responsibility. but i wouldn’t change a thing. things are still busy, but i’m exerting more control rather than blindly riding the wave. over the past two years i’ve talked with many people who have expressed their love of kukuburi, and others who have pronounced it’s TOD. the one thing that rings true is the statement “you don’t know what you have until it’s gone”, and i miss kukuburi. see you all soon, ramón. 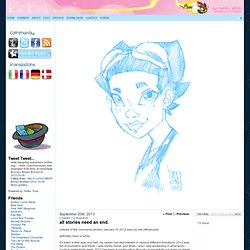 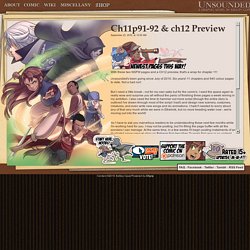 Unsounded's been going since July of 2010. Six years! 11 chapters and 940 colour pages to date. The Perry Bible Fellowship. Bearmageddon - Bearmageddon. The Meek. Yep. 6-Commando - An Online Graphic Novel by Mathieu Moyen. So close. 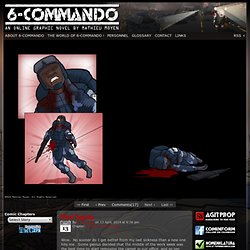 So very close now. And as I attempt to avoid freaking out in advance of the start of Season 2, I give you this piece of tomfoolery (matfoolery?) ReMIND. I don’t usually bring up world events on this blog but I just can’t help myself. 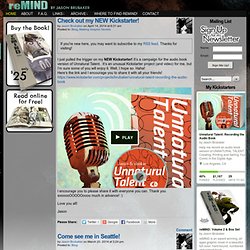 This is just too big to ignore. So we all know about the current war going on in Syria and Damascus (the capital of Syria) right? You have probably been hearing about all the drama between Israel, Russia, China and the US and everyone else right? Vattu. Lovecraft is Missing. Boxer Hockey. A steampunk fantasy webcomic. Bucko - A Comical Murder-Mystery. Steve Ogden's Moon Town - String Theory - A Weekly Updated Downward Spiral. Dresden Codak.