The Mind and other Brain Stuffs 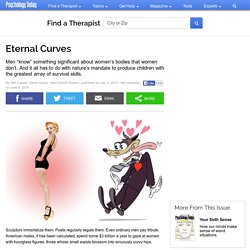 Poets regularly regale them. Even ordinary men pay tribute. American males, it has been calculated, spend some $3 billion a year to gaze at women with hourglass figures, those whose small waists blossom into sinuously curvy hips. Men rate women as most attractive when they have a waist size that is 60 to 70 percent of their hip size, the late psychologist Devendra Singh found in a series of pioneering studies begun 20 years ago. And in more than a hundred other studies, men all over the world—including isolated groups unexposed to modern media—prefer a similar shape. You’ll Be Outraged at How Easy It Was to Get You to Click on This Headline.

This article will not restore your faith in humanity. 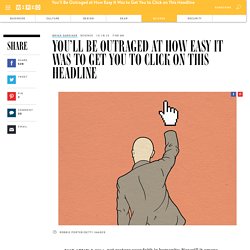 Nor will it amaze, stun, delight, shock, charm, or in any literal or figurative way, blow your mind. What it will do—hopefully in a clear and intelligent way—is explain why people continually fall for clickbait. You know, like you just did a few seconds ago. Whether you think it’s on the rise, obscurant and self-negating, not such a big deal, or the root of all evil, one thing is clear about clickbait: It’s increasingly hard to pin down. Psilocybin: A Journey beyond the Fear of Death? In one of the largest and most rigorous clinical investigations of psychedelic drugs to date, researchers at Johns Hopkins University and New York University have found that a single dose of psilocybin—the psychoactive compound in “magic” mushrooms—substantially diminished depression and anxiety in patients with advanced cancer. 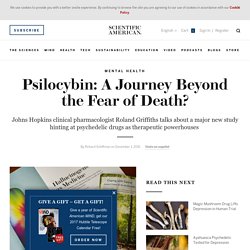 Psychedelics were the subject of a flurry of serious medical research in the 1960s, when many scientists believed some of the mind-bending compounds held tremendous therapeutic promise for treating a number of conditions including severe mental health problems and alcohol addiction. But flamboyant Harvard psychology professor Timothy Leary—one of the top scientists involved—started aggressively promoting LSD as a consciousness expansion tool for the masses, and the youth counterculture movement answered the call in a big way.

Leary lost his job and eventually became an international fugitive. The Experimental Generation of Interpersonal Closeness: A Procedure and Some Preliminary Findings. An Important but Rarely Discussed Lesson of the Stanford Prison Experiment - Beautiful Minds - Scientific American Blog Network. Animals Can Be Given False Memories. Mental Health May Depend on Creatures in the Gut. Can Fear Be Erased? When University of Bonn psychologist Monika Eckstein designed her latest published study, the goal was simple: administer a hormone into the noses of 62 men in hopes that their fear would go away. 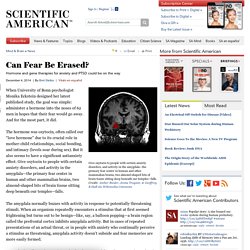 The Philosophical Implications of the Urge to Urinate. MacArthur “Genius” Winner: Math Might Help Crack Mysteries of Schizophrenia. The views expressed are those of the author and are not necessarily those of Scientific American. 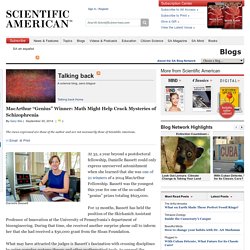 Are You a “Pre-crastinator”? The views expressed are those of the author and are not necessarily those of Scientific American. 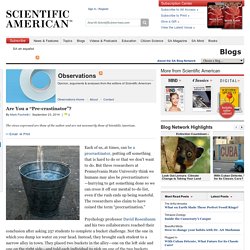 Personality Science. Full Analysis If you want a completely customized report that is designed to fully analyze your personality, and provide bonus tools to help you on your way to personal development, this is the version for you. 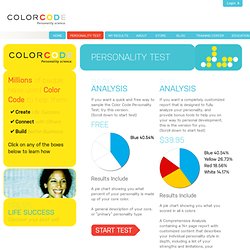 (Scroll down to start test) Results Include A pie chart showing you what you scored in all 4 colors A Comprehensive Analysis containing a 14+ page report with customized content that describes your individual personality style in depth, including a list of your strengths and limitations, your secondary colors--how they affect your personality, and a list, complete with tips, of your traits. Personal Development You will also have access to these additional resources: All about your color (MP3) 5 Relationship training videos that help you understand how you relate to the other personality types. Professional Development. You Are Less Beautiful Than You Think. How can we enhance working memory? Even a seemingly simple behavior–like trying to remember if the name of the person you just met is “Elizabeth” or “Patricia”–can tax our memories. 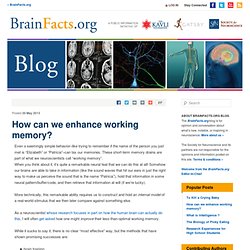 These short-term memory drains are part of what we neuroscientists call “working memory”. Life After Death: 'Near-Death Experience' Study Shows Awareness Continues After Brain Shutdown. Researchers conducting the largest ever study into near-death experiences have discovered that awareness may continue even after the brain has shut down, revealing more about what happens when we die. 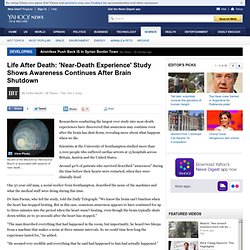 Scientists at the University of Southampton studied more than 2,000 people who suffered cardiac arrests at 15 hospitals across Britain, Austria and the United States. Around 40% of patients who survived described "awareness" during the time before their hearts were restarted, when they were clinically dead. One 57-year-old man, a social worker from Southampton, described the noise of the machines and what the medical staff were doing during this time. Dr Sam Parnia, who led the study, told the Daily Telegraph: "We know the brain can't function when the heart has stopped beating. 12 Most Mind-Blowing Mental Delusions and Syndromes. 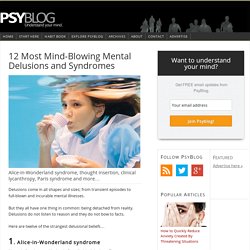 But they all have one thing in common: being detached from reality. Delusions do not listen to reason and they do not bow to facts. Here are twelve of the strangest delusional beliefs… Magic Mushrooms Create a Hyperconnected Brain. Magic mushrooms may give users trippy experiences by creating a hyperconnected brain. The active ingredient in the psychedelic drug, psilocybin, seems to completely disrupt the normal communication networks in the brain, by connecting "brain regions that don't normally talk together," said study co-author Paul Expert, a physicist at King's College London. Beauty in Math and Art Activate Same Brain Area. Mathematicians have long likened the experience of mathematical beauty to that of visual and musical beauty. Now scientists in England and Scotland have determined that despite the abstract nature of mathematics, mathematical beauty is linked to activity in the same region of the brain as beauty from sensory sources.

The researchers asked 15 mathematicians to view a series of 60 mathematical equations and rate each one on a scale of −5 (ugliest) to +5 (most beautiful). 10 Most Brilliant Social Experiments. Of Pacifiers and Pearl Harbor: See the Stuff First Memories are Made Of [Interactive]