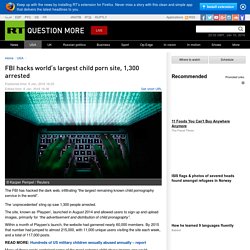 The ‘unprecedented’ sting op saw 1,300 people arrested. The site, known as ‘Playpen’, launched in August 2014 and allowed users to sign up and upload images, primarily for “the advertisement and distribution of child pronagraphy”. Within a month of Playpen’s launch, the website had garnered nearly 60,000 members. By 2015 that number had jumped to almost 215,000, with 11,000 unique users visiting the site each week, and a total of 117,000 posts. READ MORE: Hundreds of US military children sexually abused annually – report Many of those posts contained some of the most extreme child abuse images one could imagine, according to FBI testimony seen by Motherboard. Although the website also included advice on how users could avoid online detection, a sting operation began in February 2015 when the FBI hacked into the website’s server, but decided not to shut it down.

FBI Caught Paedophile By Infecting Tor Web Browser. Do you think that using anonymity software like Tor will protect your online presence from spies? 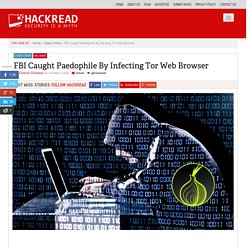 A new spyware has been developed by the FBI, having the ability to track and catch the suspects of child pornography even if they are using Tor to access, view and download sexually explicit images of children. For those who are not aware, back in February the FBI agents managed to seize servers, located in North Carolina, that were being used by child porn websites to host abusive content. But because those websites had more than 200,000 paedophiles, instead of shutting down those servers, FBI agents decided to infect the servers with spyware and continued to operate it for around two weeks to catch those infringing the laws. It is evident that the FBI has been using Network Investigation Technique (NIT) for more than a decade now, which is termed as a spyware.

Exploiting The Vulnerability In Tor Web Browser FBI found 70 indecent images of three girls aged between 5 and 8 in his PC. Undercover Researcher Infiltrates The Deep Web. This Is What She Finds. AnonHQ. World The Deep Web is not The Dark Web. 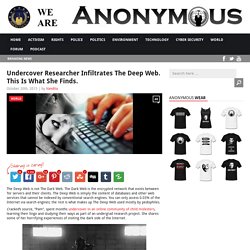 The Dark Web is the encrypted network that exists between Tor servers and their clients. The Deep Web is simply the content of databases and other web services that cannot be indexed by conventional search engines. You can only access 0.03% of the Internet via search engines; the rest is what makes up The Deep Web used mostly by pedophiles. Cracked’s source, “Pam”, spent months undercover in an online community of child molesters, learning their lingo and studying their ways as part of an undergrad research project. . #5. Charge: Swedish Medical Center children’s psychologist caught in child sex st... Seattle man jailed after lengthy correspondence with undercover agent on Craigslist Updated 6:00 pm, Wednesday, September 23, 2015 Photo: Braden VanDragt, Seattlepi.com Child psychologist Jonathan Wulf worked out of Swedish Medical Center's campus on Seattle's First Hill, pictured above in a file photo. 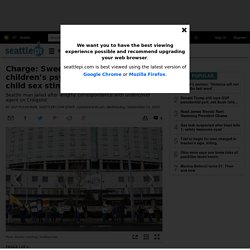 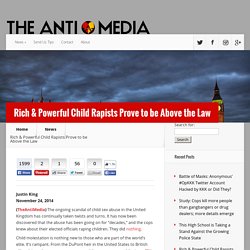 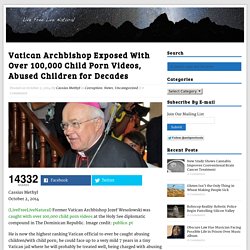 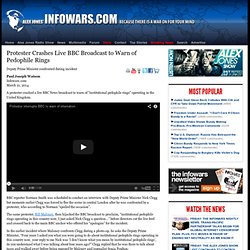