Imposters Pretending To Help Animals. The Criminals/Con Men/ Profiteers of animal abuse Are Tudor Niciporuc, Dragos Vana and Nigel Cameron (most likely all one in the same)The people who run the fraudulent sites do so to harvest email address and other contact info to sell to spammers and unscrupulous marketers. do not fall for their outdated causes, fake petitions created by fake, nonexistent people Click here for a list of Legitimate Petition Sites link to share legit petition sites: What is their incentive in creating fake petition sites? 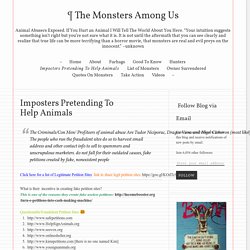 This is one of the reasons they create fake useless petitions: Questionable\Fraudulent Petition Sites :( Same criminals run these facebook pages, all fraudulent, all meant to deceive, confuse, divert attention ***One person created all of these facebook pages, he goes by the name of Nigel Cameron (most likely an alias)*** the websites that verify the information about these frauds link to share legit petition sites: Legitimate Petition Sites :) Share this: Like this: SeaWorld Owns All Of These Parks. Don't Go To Them. If you don't like SeaWorld, you might want to avoid these other parks. 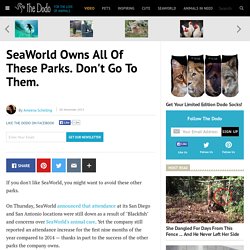 On Thursday, SeaWorld announced that attendance at its San Diego and San Antonio locations were still down as a result of "Blackfish" and concerns over SeaWorld's animal care. Yet the company still reported an attendance increase for the first nine months of the year compared to 2014 — thanks in part to the success of the other parks the company owns.

Though the three main SeaWorld locations get the most attention because they house orcas, SeaWorld Parks & Entertainment owns a total of 12 amusement parks. Several of them house animals, including African wildlife. And the company will sometimes transfer animals from the SeaWorld locations to these other parks, despite concerns over its treatment of dolphins and the other animals in its care. Below is a list of the parks — which, if you don't want to support SeaWorld, you might want to avoid. Adventure Island: Tampa, Florida. Aquatica Orlando: Orlando, Florida. Solitary confinement. That's shit. "free range" Costco supplier. "free range" 2. Companies That Test On Animals (Some Might Shock You!) The following list consists of companies that DO test on animals. 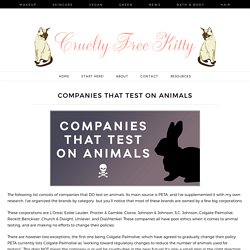 Its main source is PETA, and I’ve supplemented it with my own research. I’ve organized the brands by category but you’ll notice that most of these brands are owned by a few big corporations. These corporations are L’Oreal, Estee Lauder, Procter & Gamble, Clorox, Johnson & Johnson, S.C. Johnson, Colgate-Palmolive, Reckitt Benckiser, Church & Dwight, Unilever, and Dial/Henkel. These companies all have poor ethics when it comes to animal testing, and are making no efforts to change their policies. There are however two exceptions, the first one being Colgate-Palmolive, which have agreed to gradually change their policy.

Loukanikos, the Greek anarchist dog photo gallery. This Should End The Debate Between Diet Types – Vegan, Vegetarian, Paleo etc. “Vegans Are Too Weak & Are Too Low Energy To Train With Me.” 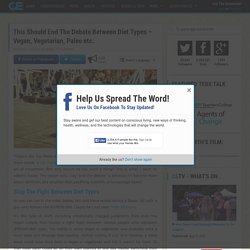 The man who said these words is Ido Portal, an amazingly talented individual who has mastered the art of movement. But why would he say such a thing? This is what I want to address today. The reason why I say “end the debate” is because it’s become more about identities and emotion than anything scientific or knowledge based. Stop The Fight Between Diet Types As you can see in the video below, Ido said these words during a Skype call with a guy who follows the 80/10/10 diet. It’s this type of stuff, including emotionally charged judgments from even the vegan crowd, that causes a right fight between various people who represent different diet types. The reason why we fight about it is because we identify with it and then become emotional about it. No matter which side you are on, does it make sense to judge someone else because of the food they are eating? It’s OK To Talk About It, But Switch The Perspective Image Credit: