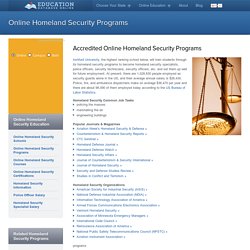 Consequently there is a growing need for professionals skilled in the creation, implementation, and execution of plans and strategies to respond to terrorist threats and natural disasters. Saint Joseph University's Post Master's Certificate in Homeland Security offers you the opportunity to enhance your professional development in the criminal justice field or shift the focus of your career to national security issues. Homeland Security Schools & Career Training. After the terrorist attack on the World Trade Center, federal and state governments enacted the Homeland Security Act of 2002 that sparked the creation of a broad national security network. 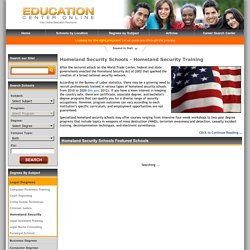 According to the Bureau of Labor statistics, there may be a growing need to recruit professionals trained in various types of homeland security schools from 2010 to 2020 (bls.gov, 2012). If you have a keen interest in keeping the country safe, there are certificate, associate degree, and bachelor's degree programs that can qualify you for a diverse range of security occupations. 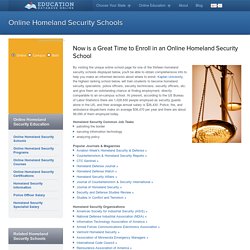 The main campus is located in Fort Lauderdale, with campuses located throughout the State of Florida and internationally. Through quality teaching, learning, and research, the university is committed to provide students with opportunities to develop the knowledge, understanding, and skills necessary for successful employment. Committed to a “students first” philosophy, Keiser University prepares graduates for careers in business, criminal justice, health care, technology, hospitality, education, and career-focused general studies. Inherent in the Mission is service to the community. List of Top Homeland Security Schools in the U.S. Homeland security. Homeland security is an American umbrella term for "the concerted national effort to ensure a homeland that is safe, secure, and resilient against terrorism and other hazards where American interests, aspirations, and ways of life can thrive to the national effort to prevent terrorist attacks within the United States, reduce the vulnerability of the U.S. to terrorism, and minimize the damage from attacks that do occur. 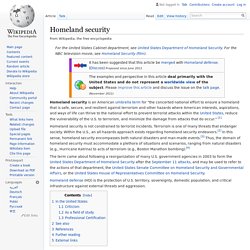 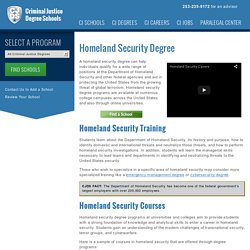 Homeland security degree programs are available at numerous college campuses across the United States and also through online universities. Homeland Security Training Students learn about the Department of Homeland Security, its history and purpose, how to identify domestic and international threats and neutralize those threats, and how to perform homeland security investigations. In addition, students will learn the managerial skills necessary to lead teams and departments in identifying and neutralizing threats to the United States security. 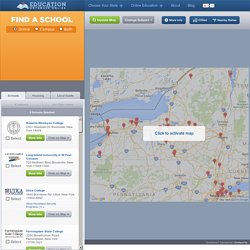 Roberts Wesleyan College, the highest-ranking homeland security school in NY, has a total student population of 1,928 and is the 296th highest ranked school in America. Of the 37 homeland security schools in New York, only 8 have a student population over 10k. After taking into account tuition, living expenses, and financial aid, Long Island University-C W Post Campus comes out as the most expensive ($30,427/yr), with Erie Community College as the lowest recorded at only $3,003/yr. Homeland Security Schools in Tennessee with Degree Overviews. Homeland Security Goes to School. On a rather dreary day in April 2013, I found myself holed up inside of a cardboard box on a closet shelf some ten feet in the air. 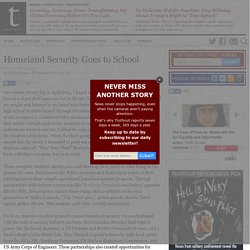 Gripping my blue training gun, I shifted my weight and listened to my heart beat faster in anticipation. Suddenly, a group of high school students busted through the police training house’s front door in search of me, a suspect in a home intruder simulation. I heard students shout, “Clear!” As they moved through each room. Self-study Courses – Center for Homeland Defense and Security. Request access Access is granted to local, tribal, state and federal U.S. government officials; members of the U.S. military; corporate homeland security managers or contractors; homeland security researchers or educators; and students currently enrolled in homeland security degree programs. 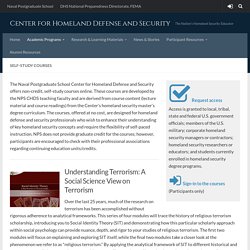 Sign-in to the courses (Participants only) The Naval Postgraduate School Center for Homeland Defense and Security offers non-credit, self-study courses online. These courses are developed by the NPS CHDS teaching faculty and are derived from course content (lecture material and course readings) from the Center’s homeland security master’s degree curriculum. The courses, offered at no cost, are designed for homeland defense and security professionals who wish to enhance their understanding of key homeland security concepts and require the flexibility of self-paced instruction. Understanding Terrorism: A Social Science View on Terrorism Counterterrorism in the United Kingdom. Center for Homeland Defense and Security – The Nation's Homeland Security Educator. Accredited Homeland Security Schools in Miami, Florida.

‘Homeland Security’ finds homework inside ‘suspicious’ backpack that prompted school evacuation. ATLANTA, Ga. – Officials at an Atlanta middle school evacuated the building and called in local police and the Department of Homeland Security after allegedly receiving a bomb threat and finding a “suspicious package” on campus. 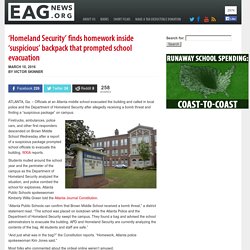 Firetrucks, ambulances, police cars, and other first responders descended on Brown Middle School Wednesday after a report of a suspicious package prompted school officials to evacuate the building, WXIA reports. Students mulled around the school year and the perimeter of the campus as the Department of Homeland Security analyzed the situation, and police combed the school for explosives, Atlanta Public Schools spokeswoman Kimberly Willis Green told the Atlanta Journal Constitution. “Atlanta Public Schools can confirm that Brown Middle School received a bomb threat,” a district statement read. 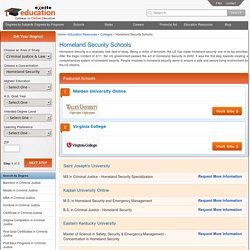 Of the schools that have a social media presence, the greatest number, almost 94% are on Facebook. Visual Preferences Color. 5 Accredited Homeland Security Schools in Texas. Homeland Security. Progress Guiding Principles The President’s highest priority is to keep the American people safe. He is committed to ensuring the United States is true to our values and ideals while also protecting the American people. The President is committed to securing the homeland against 21st century threats by preventing terrorist attacks and other threats against our homeland, preparing and planning for emergencies, and investing in strong response and recovery capabilities.

We will help ensure that the Federal Government works with states and local governments, and the private sector as close partners in a national approach to prevention, mitigation, and response. Homeland Security Investigating Ohio School Threats. A bomb threat at Licking Heights Local School District is now believed to be linked to several other bomb threats in other Ohio school districts.

Ohio Homeland Security believes the incidents are the result of ‘Swatting’. Swatting is when someone calls in a false report of a critical incident to force bomb squads or SWAT units to respond. Once Ohio Homeland Security became aware of the multiple incidents it alerted the Ohio Department of Education and requested ODE to send an alert out to all school districts in the state.

US Department of Homeland Security Salaries. ‘Homeland Security’ visits high schoolers who launched ‘Killary Clinton’ Super PAC. PATASKALA, Ohio – A group of Ohio students who started an anti-Hillary Clinton super PAC in their government class were forced to can their creation after a visit from federal officials. “We all try to be good students and this is not reflecting positively on us, so I hope you understand,” one of the students wrote in response to Cleveland.com’s request for comment about the super PAC “Killary Clinton.” The Pataskala, Ohio junior and two classmates were inspired to launch the PAC after another student, 17-year-old Cory Steer, started his own super PAC called “Better America for Tomorrow” to support Republican presidential hopeful Marco Rubio. “We thought it was cool so we just talked about it,” one of the students, who were not identified, told the news site. The students filed their paperwork with the Federal Election Commission Nov. 17 for the PAC “Killary Clinton” because their focus was on criticizing the former Secretary of State.

“We just did it for the heck of it,” the student said.