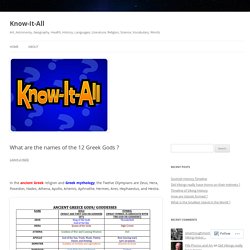 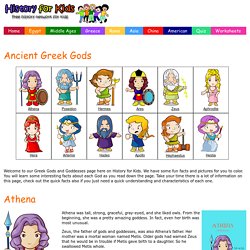 We have some fun facts and pictures for you to color. You will learn some interesting facts about each God as you read down the page. Take your time there is a lot of information on this page, check out the quick facts also if you just need a quick understanding and characteristics of each one. Athena. Ancient Greek History for Kids - Fun Facts to Learn. Ancient Greek Architecture Facts for Kids. 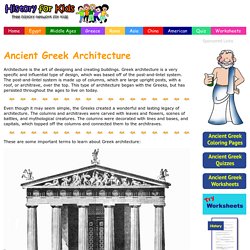 In Greek mythology, the Minotaur was a monster with the body of a man and the head and tail of a bull. 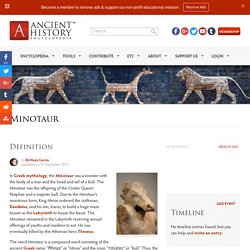 The Minotaur was the offspring of the Cretan Queen Pasiphae and a majestic bull. Due to the Minotaur's monstrous form, King Minos ordered the craftsman, Daedalus, and his son, Icarus, to build a huge maze known as the Labyrinth to house the beast. The Minotaur remained in the Labyrinth receiving annual offerings of youths and maidens to eat. He was eventually killed by the Athenian hero Theseus. Ancient Greece - History of Ancient Greek World, Time Line and Periods, Archaic, Classical, Hellenistic. The history of Greece can be traced back to Stone Age hunters. 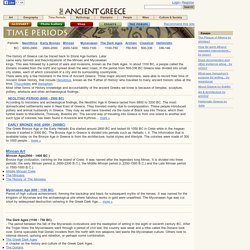