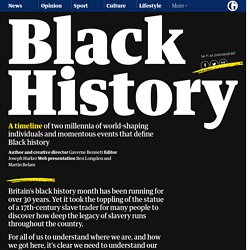 The Numerus Maurorum Aurelianorum, an African auxiliary unit, takes its position on Hadrian’s Wall (c100-c400) as part of the Roman army and helps guard the outermost reaches of the empire. Kingdom of Ghana. A large sub-Saharan state established. Archaeological evidence suggests that Ghana had achieved a high level of civilisation (advanced metalworking, an indigenous trading network) before Arab travellers arrived around AD750.

Its capital, Koumbi Saleh, had a population of 30,000. African-born scholar Hadrian of Canterbury, having rejected a papal request to become Archbishop of Canterbury, travels to Britain with Theodore, who took up the post instead. General Tariq ibn-Ziyad conquers the Iberian peninsula (Spain and Portugal). Around this time Kanem-Bornu is established by Dougu, the first king of the Zaghawa dynasty. Religion of Islam starts to slowly spread across sub-Saharan Africa. Sugar and slavery become synonymous. The Haitian Revolution. Chineke! How to Count Centuries in History. The Lifespan of Ancient Civilizations Detailed in a Handy Infographic: Are We Headed Towards Our Own Collapse?

Anyone living in the West today surely feels they've heard quite enough about its decline. 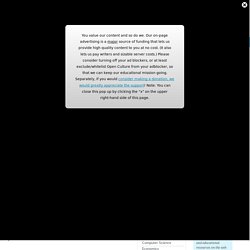 (Unless, of course, they're fans of 1980s punk rock.) Given how long civilizations usually outlive individuals, how can an individual grasp the prospects for longevity of the civilization in which they find themselves? History, a discipline which has long had everything to do with charting the rise and fall of settlements, cultures, and empires, can provide the context necessary for understanding, but more of it has been written than even a human with the lifespan of a civilization can digest. Come to provide some clarity is Luke Kemp of Cambridge's Centre for the Study of Existential Risk, creator of the infographic above.

View it here in a larger format, courtesy of the BBC. Historical Atlas of the 20th Century. Animation: Human Population Growth Over All of History. Imagine that for every million people on Earth, there was a single dot on a map. 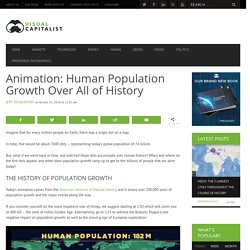 In total, that would be about 7,600 dots – representing today’s global population of 7.6 billion. But, what if we went back in time, and watched those dots accumulate over human history? When and where do the first dots appear, and when does population growth ramp up to get to the billions of people that are alive today? The History of Population Growth Today’s animation comes from the American Museum of Natural History, and it shows over 200,000 years of population growth and the major events along the way. If you consider yourself on the more impatient side of things, we suggest starting at 1:50 which will zoom you to 400 AD – the time of India’s Golden Age. It took 200,000 years of human history to get to one billion people – and just 200 years to reach seven billion. Key Population Moments Agriculture The impact of farming cannot be emphasized enough.

East vs. Bubonic Plague Post-Industrial Revolution Thank you! Atlas of World History. Visual History of War, Religion, and Government. Timelines.tv - History, documentary and video online. National Cold War Exhibition. January 11 Jan - A ceasefire was announced in Greece between government forces and ELAS guerrillas; this agreement was confirmed by the government on 12 February. 4 Feb - Yalta Conference where Roosevelt, Churchill and Stalin meet to discuss terms of German surrender and the boundaries and governments in post war Eastern Europe. 12 Apr - President F D Roosevelt dies and is succeeded by Harry S Truman. 7 May - The agreement for total and unconditional surrender of the Germans forces was signed at the HQ of the Supreme Commander Allied Expeditionary Force. 8 May - The Royal Observer Corps was stood down and re-formed on a peacetime basis. 31 May - The strength of the RAF stood at some 55,469 aircraft as at this date, of which 9,200 were first-line machines. 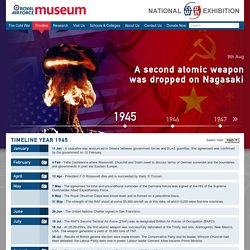 June 26 Jun - The United Nations Charter signed in San Francisco. Map of Europe: 1000 AD to present day. ChronoZoom. ChronoZoom is an educational tool for teachers and students who want to put historical events in perspective. 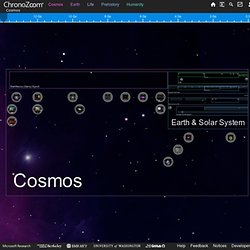 A great many resources have been created already in ChronoZoom for your enjoyment and enlightenment. Start Exploring Use ChronoZoom to get a perspective of the extensive scale of time and historical events relative to what happened around the world. Become an author yourself! Simply log on with your social networking credentials to record your unique perspective or tell a story that needs to be told. New Teacher Resources RT @MSFTResearch: See how #Chronozoom helps students “think historically” & travel though time with 3 newly created curriculum modules http… #chronozoom is a valuable tool for illustrating Climate Change: @metanexus Anyone can author their small or Big History on the 14 Billion year timeline at - an open source project. @BillGates Congratulations to the Big History Project. RT @BillGates: Big History is my favorite course ever. A History of the World - Location - Europe.