Did Plato have a woman problem? Maybe, but his vision of politics was still radical for its time. Updated 21 minutes agoSun 1 Mar 2020, 12:30am If you want to find ground zero for feminism in the West, Ancient Greece around the time of Plato probably isn't the best place to look. 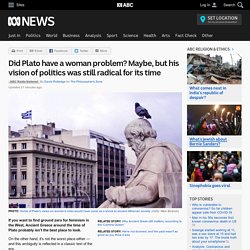 On the other hand, it's not the worst place either — and this ambiguity is reflected in a classic text of the era. When Plato wrote the Republic around 375 BCE, Athenian women were (for the most part) second-class citizens. They were unable to vote, own land, inherit or play any role in political life. Until marriage — which took place at an average age of 14 — women were under the guardianship of their fathers or other male relatives.

Upon marriage, a woman became legally subject to the rule of her husband. How to make good arguments at school (and everywhere else) From as early as Grade 3 teachers start teaching children how to put across their own points of view. 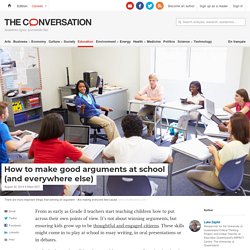 It’s not about winning arguments, but ensuring kids grow up to be thoughtful and engaged citizens. These skills might come in to play at school in essay writing, in oral presentations or in debates. And whether we’re talking about making arguments for school or just in life, there are three things present in all good arguments. Read more: No, you're not entitled to your opinion 1. Reasonability is about connecting reasons and evidence to your opinions.

The first is for our own clarity of thought, so we understand how concepts and events relate to each other (or realise when they don’t). The second is so others can assess our reasons. One shortcoming in the Australian Curriculum is that it asks students to write persuasively, by using emotive language. Read more: What's the best, most effective way to take notes? 2. 3. There are several major benefits in recognising our own fallibility. John Henry Austral - a short history of politcal advertising - The History Listen - ABC Radio National (Australian Broadcasting Corporation) Political advertising is a central part of our electoral system: political parties have the benefit of being in complete control of their message to voters, but this control comes with a hefty price tag One of the most significant political advertising campaigns in Australia took place in the lead-up to the 1949 federal election. 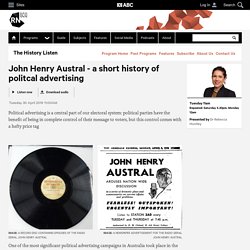 The Liberal party under Robert Menzies was determined to win government; in 1948, it launched ‘John Henry Austral’, a twice-weekly radio broadcast that promoted its basic philosophy. It ran for over 18 months, broadcast on 80 commercial radio stations across Australia. 22 of the episodes have survived and are now in the collection of the University of Melbourne Archive. Political scientists and historians analyse the origins and power of the John Henry Austral series, and its impact on political advertising in later years. Should We Avoid Comparing Modern Politicians to Hitler? Filibustering: What's in an age-old political tradition.

The first sitting year of 2019 has been a real rollercoaster, as Australia lurches towards an election. 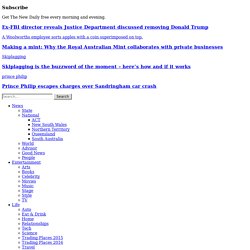 Dr Kerryn Phelps’ medevac bill passed both houses following last-minute Labor amendments, while a mid-week scuffle involving Senator Brian Burston and Pauline Hanson’s chief of staff, James Ashby, resulted in the One Nation staffer having his parliamentary pass stripped and being banned from entering Parliament. But the government, already reeling from a maiden loss on the floor of the House of Representatives, avoided a second defeat in three days with extraordinary filibuster tactics. Greens Senator Jordon Steele-John’s push for a royal commission into institutional abuse of disabled people was scuttled after the Morrison government extended Question Time for a record-breaking 150 minutes. However, the government indicated it would not block the passage of the proposal when Parliament resumes next week.

Filibusters like that witnessed this week have a long history in global politics. Historian Niall Ferguson on the roots of today's political polarization. Houses of Parliament. Countries, economies and regions. Parliament of Victoria - Home. This Massive Map Shows All of the World's Borders by Age. To view the full resolution version of this massive map, click here. 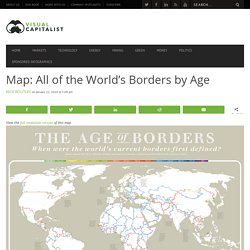 Political Cartoons. Interpreting a visual source, like a political cartoon, is very different to interpreting words on a page, which is the case with written sources. 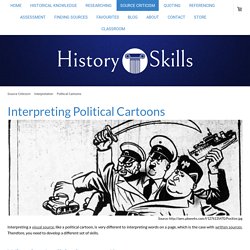 Therefore, you need to develop a different set of skills. Political cartoons are ink drawings created to provide a humorous or critical opinion about political events at the time of its creation. They were particularly popular in newspapers and magazines during the late 19th and early 20th centuries. Do We Need Government? (The Social Contract) – 8-Bit Philosophy. Birth of Democracy: Democracy. Classical Athens saw the rise of an achievement unparalleled in history. 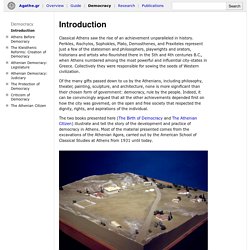 Perikles, Aischylos, Sophokles, Plato, Demosthenes, and Praxiteles represent just a few of the statesmen and philosophers, playwrights and orators, historians and artists who flourished there in the 5th and 4th centuries B.C., when Athens numbered among the most powerful and influential city-states in Greece. Parliamentary Education Office. 16 Types of Government – A Writer’s Resource – Writers Write. Parliamentary Education Office (video,parliament,role,peopl,snapshot) Plato’s Allegory of the Cave, Animated: History’s Greatest Parable Exploring the Nature of Reality. Democracy Rules - AEC for schools. Discovering Democracy Units.