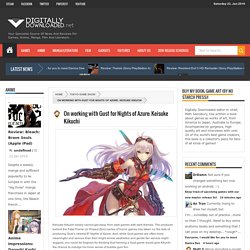 The producer behind the Fatal Frame (or Project Zero) series of horror games has taken on the task of producing Gust’s newest IP, Nights of Azure. And, while Gust games are often more meaningful and serious than their bright anime aesthetics and gentle fan service might suggest, you could be forgiven for thinking that helming a Gust game would give Kikuchi the chance to indulge his inner sense of bubble gum fun. Related reading: Matt has interviewed Keisuke Kikuchi previously for his book. To read his thoughts around Fatal Frame and Deception (and many other game artists), click here for the Game Art Amazon page. Final Fantasy's Lightning finds fashion enlightening in real, fake interview.

If you’re just joining us, here’s something that happened in video games today: The Telegraph published an interview with the protagonist of Final Fantasy XIII (no, not the voice actress - the fictional character) about her recent modeling stint for fancy fashion label Louis Vuitton. 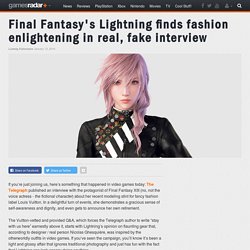 In a delightful turn of events, she demonstrates a gracious sense of self-awareness and dignity, and even gets to announce her own retirement. The Vuitton-vetted and provided Q&A, which forces the Telegraph author to write “stay with us here” earnestly above it, starts with Lightning’s opinion on flaunting gear that, according to designer / real person Nicolas Ghesquiére, was inspired by the otherworldly outfits in video games.

If you’ve seen the campaign, you’ll know it’s been a light and glossy affair that ignores traditional photography and just has fun with the fact that Lightning can look snazzy doing anything. ‘I am proud to be chosen’: Final Fantasy character Lightning being welcomed into the Louis Vuitton ‘family’, all the latest styles. Spearhead Games’ Stories: The Hidden Path coming to PS4. “Every choice has its story. 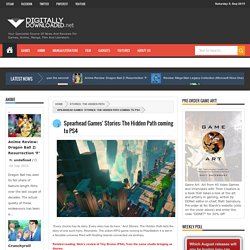 Every story has its hero.” And Stories: The Hidden Path tells the story of one such hero, Reynardo. The action-RPG game coming to PlayStation 4 is set in a fairytale universe filled with floating islands connected via airships. Related reading: Nick’s review of Tiny Brains (PS4), from the same studio bringing us Stories. Spearhead Games, the small Montreal studio behind Tiny Brains, is the brain behind Stories. Interview: Going beyond Beyond Eyes. Beyond Eyes is the latest example of that kind of arthouse game. 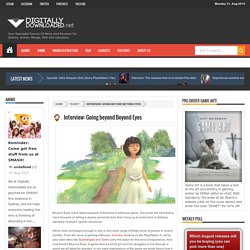 You know, the kind that is more focused on telling a deeply personal story than living up to some kind of arbitrary standard of what a "game" should be. We've been privileged enough to see a very wide range of these kinds of games in recent months. Shiness sur Twitter : "Le nouveau trailer de #Shiness vient de passer les 35 000 vues ! :D #Gamescom. SHINESS - GAMESCOM 2015 TRAILER. Theverge. I can't read on my phone. 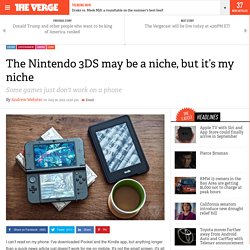 I've downloaded Pocket and the Kindle app, but anything longer than a quick news article just doesn't work for me on mobile. The Verge sur Twitter : "The Nintendo 3DS may be a niche, but it’s my niche by @A_Webster... Preview: Dungeon Souls (PC) Earthbound Beginnings Review. Reviewed on Wii U → July 24, 2015 Within five minutes of starting Earthbound Beginnings, my baby sister’s kewpie doll came to life and tried to kill me, a hippie accosted me on a country road, and my father revealed that I was heir to an ancient reservoir of psychic power. 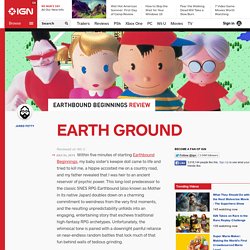 This long-lost predecessor to the classic SNES RPG Earthbound (also known as Mother in its native Japan) doubles down on a charming commitment to weirdness from the very first moments, and the resulting unpredictability unfolds into an engaging, entertaining story that eschews traditional high-fantasy RPG archetypes. Unfortunately, the whimsical tone is paired with a downright painful reliance on near-endless random battles that lock much of that fun behind walls of tedious grinding. Clever dialogue and zany story arcs tickled my funny bone dozens of times over the course of the long adventure.

EXCLUSIVE screens & interview: On localising Eiyuu Senki for western audiences. Although the PlayStation 3 is most certainly on its last legs, there are a couple of remaining games on the horizon that are well worth getting excited about. 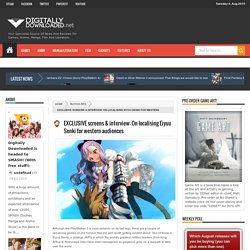 One of those is Eiyuu Senki, a strategy JRPG in which the world's greatest military leaders (from King Arthur to Nobunaga Oda) have been reimagined as gorgeous girls, on a warpath to take over the world. The game itself has had a very interesting history. Review: This War Of Mine (Apple iPad) It really does my heart glad when I see game developers take a more mature look at the impact that war has on people. 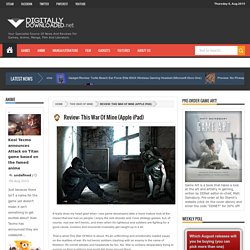 I enjoy the odd shooter and I love strategy games, but, of course, real war isn't heroic, and even when it's righteous and soldiers are fighting for a good cause, civilians and innocents invariably get caught up in it all. Review: Lost Dimension (Sony PlayStation 3) When I started playing Lost Dimension, I thought I might find myself enjoying my time with it. 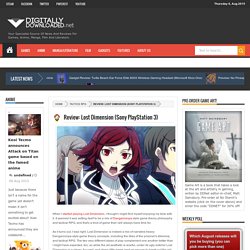 It seemed it was setting itself to be a mix of Danganronpa-style game theory philosophy and tactical RPG, and that's a kind of game that I will always have time for. As it turns out, I was right. Lost Dimension is indeed a mix of narrative-heavy Danganronpa-style game theory concepts, including the likes of the prisoner's dilemma, and tactical RPG. Ecco la box art ufficiale giapponese di Yoru no Nai Kuni. Review: The Talos Principle (PC)

With over 100 different puzzles nested into the beautiful yet often lonely world of The Talos Principle, it would be easy to believe that these challenges are what you will spend most of your time thinking about. 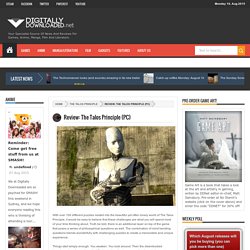 Truth be told, there is an additional layer on top of the game that poses a series of philosophical questions as well. The combination of mind bending questions blends wonderfully with challenging puzzles to create a memorable and unique experience. Things start simply enough. You awaken. You look around. The way The Talos Principle begins could in and of itself make for a fascinating study in teaching game mechanics. All good puzzle-based games really need to function like this. This all makes for a satisfying gaming experience, especially when mixed with simple but effective music and visuals.

These haunting moments bring about The Talos Principle's more philosophical moments. The Talos Principle had a knack for staying with me even when I was not playing the game. . - Nick H. The games of August: Visual novels, dungeon crawlers, and more! You know you're in for a big month when the very first game is a compilation of 30 games that people would still happily purchase individually. Rare Replay will set up what will be one of the most vibrant and exciting months of game releases to date. There are two excellent-looking dungeon crawlers - one for the 3DS and the other for Vita.

There are two visual novels, and on top of that, narrative fans will surely be looking forward to the newest game from Dear Esther developer, The Chinese Room, Everybody's Gone To The Rapture. Final Fantasy Explorers coming to 3DS in NA, Europe in January. If the Final Fantasy franchise mated with the Monster Hunter franchise, the resulting baby would be Final Fantasy Explorers. The game was released in Asia last year, but now it’s going global with Square Enix confirming it will be released on 3DS in North America and Europe on next January. Everybody's Gone to The Rapture - Recensione - GameSoul.it. GameSoul sur Twitter : "#EverybodysGoneToTheRapture: la nostra recensione!