Barcelona – Street Art. This could be for many reasons including a bandwidth overage issue or a resource usage issue. 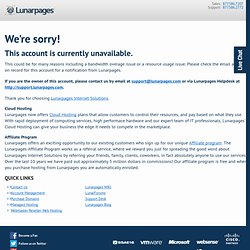 Please check the email address on record for this account for a notification from Lunarpages. If you are the owner of this account, please contact us by email at support@lunarpages.com or via Lunarpages Helpdesk at Thank you for choosing Lunarpages Internet Solutions. Cloud Hosting Lunarpages now offers Cloud Hosting plans that allow customers to control their resources, and pay based on what they use. Affiliate Program Lunarpages offers an exciting opportunity to our existing customers who sign up for our unique Affiliate program. 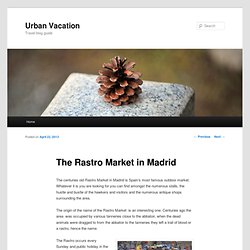 Whatever it is you are looking for you can find amongst the numerous stalls, the hustle and bustle of the hawkers and visitors and the numerous antique shops surrounding the area. The origin of the name of the Rastro Market is an interesting one. Centuries ago the area was occupied by various tanneries close to the abbatoir, when the dead animals were dragged to from the abbatoir to the tanneries they left a trail of blood or a rastro, hence the name.

Shopping in Breda. So, we already went sightseeing and we had some food. 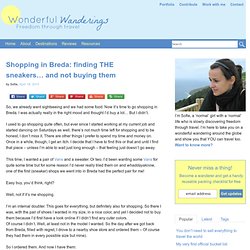 Now it’s time to go shopping in Breda. I was actually really in the right mood and thought I’d buy a lot… But I didn’t. I used to go shopping quite often, but ever since I started working at my current job and started dancing on Saturdays as well, there’s not much time left for shopping and to be honest, I don’t miss it. There are other things I prefer to spend my time and money on. Once in a while, though, I get an itch. This time, I wanted a pair of Vans and a sweater. Easy buy, you’d think, right? Well, not if it’s me shopping. The King and I. I wanted to tell him all about my grandfather, his Military life during WWII as a Royalist in Serbia, his arrest by the communists and journey to the UK as a prisoner of war but the distance between the waiting lounge and the plane was just too short. 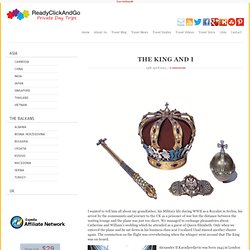 We managed to exchange pleasantries about Catherine and William’s wedding which he attended as a guest of Queen Elizabeth. Only when we entered the plane and he sat down in his business class seat I realised I had missed another chance again. The commotion on the flight was overwhelming when the whisper went around that The King was on board. Alexander II Karadjordjevic was born 1945 in London after the Royal Family was expelled from Kingdom of Yugoslavia. He was born in suite 212 at Claridges Hotel which Churchill famously declared to be a temporary Yugoslavian territory in order for the future King to be born in his own country. English speaking community with inside information and yellow pages directory for Italy, Spain, France. - Insiders Abroad. Paris Best Things to do in. Times Square Renewal of the Vows! Cheap Prices Shopping at Bugis Street, Singapore.

Are you a shopping enthusiast and looking for a place to shop at the lowest prices in Singapore? 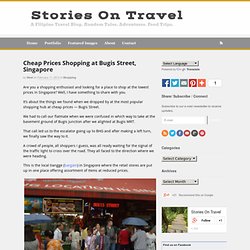 Well, I have something to share with you. It’s about the things we found when we dropped by at the most popular shopping hub at cheap prices — Bugis Street. We had to call our flatmate when we were confused in which way to take at the basement ground of Bugis Junction after we alighted at Bugis MRT.

That call led us to the escalator going up to BHG and after making a left turn, we finally saw the way to it. A crowd of people, all shoppers I guess, was all ready waiting for the signal of the traffic light to cross over the road. This is the local tiangge (bargain) in Singapore where the retail stores are put up in one place offering assortment of items at reduced prices.

Inside the shopping area, several street names between the stalls run on the digital screens on top. My eyes darted everywhere because there are indeed a lot of things to choose from. You see. Related Post/s.