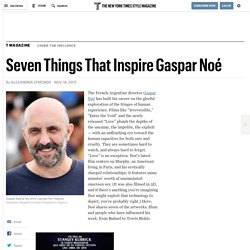 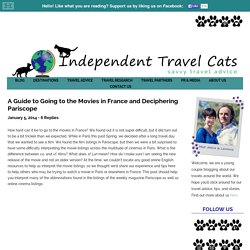 We found out it is not super difficult, but it did turn out to be a bit trickier than we expected. While in Paris this past Spring, we decided after a long travel day that we wanted to see a film. We found the film listings in Pariscope, but then we were a bit surprised to have some difficulty interpreting the movie listings across the multitude of cinemas in Paris. What is the difference between v.o. and v.f. films? What does sf Lun mean? Step 1: Choose a resource to discover which movies are showing. Depending on where you are in France, you can check out online websites or check a local newspaper or magazine. In Conversation With Quentin Tarantino. In Conversation: Midway through postproduction on his eighth movie, the Western THE HATEFUL EIGHT — about a band of outlaws trapped in a saloon during a blizzard — the director discusses the country’s legacy of white supremacy, Obama, and why he doesn’t worry about a Transformers future. 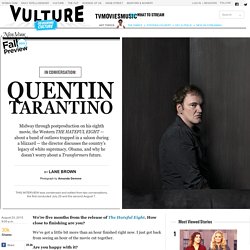 THIS INTERVIEW was condensed and edited from two conversations, the first conducted July 29 and the second August 7. Photograph by Amanda Demme We’re five months from the release of The Hateful Eight. An Exile in Paradise. During the 1960 Cannes Film Festival, two months after the release of “Breathless,” his first feature, Jean-Luc Godard told an interviewer, “I have the impression of loving the cinema less than I did a year ago—simply because I have made a film, and the film was well received, and so forth. 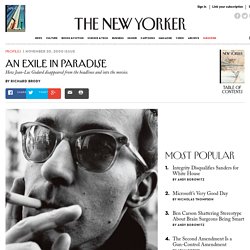 So I hope that my second film will be received very badly and that this will make me want to make films again.” The twenty-nine-year-old director was not only daring the powers of the movie world to withdraw their approval but begging them to do so: “I prefer to work when there are people against whom I have to struggle.” Godard, who will turn seventy this December, has been struggling ever since; indeed, he could hardly have anticipated the price he would pay for getting his wish. In the history of cinema, only two other directors have made first full-length films that forever changed the art—D. W. I asked him why not. Postscript: Chantal Akerman. The Belgian-born, Paris-based director Chantal Akerman died on October 5th, at the age of sixty-five. 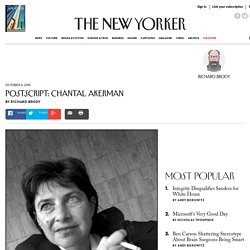 According to Isabelle Regnier, of Le Monde, she committed suicide. Neither Akerman’s name nor her work is as widely known as it should be. It is no overstatement to say that she made one of the most original and audacious films in the history of cinema, “Jeanne Dielman, 23 Quai du commerce, 1080 Bruxelles.” It premièred at the Cannes Film Festival, in May, 1975, the month before her twenty-fifth birthday. Chantal Akerman, Whose Films Examined Women’s Inner Lives, Dies at 65. Photo PARIS — Chantal Akerman, the Belgian director whose ruminative, meticulous observation of women’s inner lives, often using long takes, made her a pioneer in feminist and experimental filmmaking, died here on Monday. 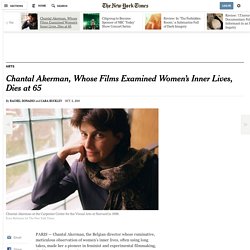 She was 65. Sylviane Akerman, her sister and only immediate survivor, confirmed her death, saying the cause was not immediately known. With 'No Home Movie,' Chantal Akerman Chronicles the End. By Justine Smith | Criticwire August 17, 2015 at 1:39PM. 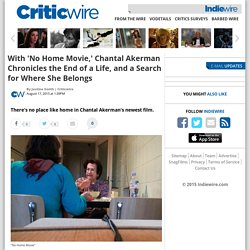 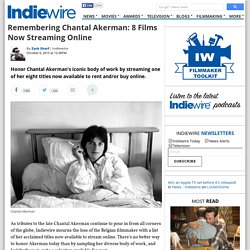 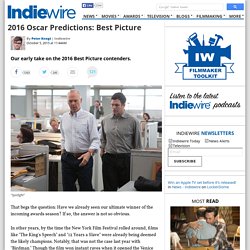 Watch Films, Movies and Documentaries from Around the World. State of Cinema: Steven Soderbergh. Self-Styled Siren. What did matt watch? — Big thing this week is I wrote a rant-think piece about the infinity loop we are now in, where every movies is part of some franchise/brand. 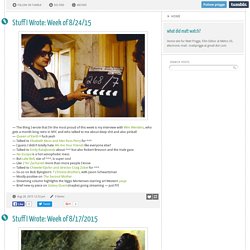 It’s not a takedown of comic book movies so much as a hope for new, original ideas (that can be rebooted, remade, etc.) — Along similar lines, I rounded up a slideshow of ‘70s and ‘80s films that have not been rebooted/remade yet. 30 Fantastic New Movies You Can't Miss This Fall. After all the fighting turtles and intergalactic superhero fare of the summer blockbuster months, we will soon settle into fall, when the plots are darker, the movies more memorable and the jostling for award nominations is palpable. To get you ready for these packed movie-viewing months, we've curated a list of the most exciting and talked-about new releases on the docket. Many of these movies will be the season's biggest award-winners, and some of them will probably live on as future classics. However it all works out, start marking your calendar.

These are the films that will have everyone talking. Meryl Streep to win all the awards for playing a famously terrible opera singer. The Queen and High Fidelity director Stephen Frears will celebrate schadenfreude with Florence, a biopic about Florence Foster Jenkins, widely considered one of the worst opera singers of all time. Under ordinary circumstances, Jenkins’ voice probably wouldn’t have reached anybody other than loved ones unlucky enough to overhear her singing in the shower, but her vast inheritance allowed her to pursue a singing career spanning the first half of the 20th century.

Performing mostly in small venues in New York City, Jenkins became popular among urban sophisticates who mastered the art of enjoying things ironically long before Mystery Science Theater 3000 taught the rest of us how to do it. 30 Insanely Cool Photos  of Steve McQueen  Though eventually he'd be anointed "The King of Cool" in Hollywood, actor Steve McQueen's origins were anything but cool. A stunt pilot father who abandoned his alcoholic mother, a series of physically abusive stepfathers, petty crime and reform school all figured in the first twenty years of his life.

Frances McDormand, True to Herself in HBO’s ‘Olive Kitteridge’ - NYTimes.com. Photo. A Japanese Film Series, Brought to You by John Zorn - NYTimes.com. Photo Why Japan? It might have been seeing at the United Nations International School in 1968, when he was 14 or 15 years old. Or maybe it was just in the air -- his father’s favorite film was also directed by Akira Kurosawa, and his mother’s was Kaneto Shindo’s “Naked Island.” However it started, the young John Zorn, who would become a crazily prolific avant-garde composer, musician, producer and record-label owner, also became an aficionado of Japanese movies (as well as that country’s music, calligraphy and cooking).

“Japanese culture drew me in early on,” he said by email this week during a break from the recording studio. As if he wasn’t busy enough already, Mr. The Gone Girl backlash: what women don’t want. Taiwan’s Master Timekeeper by J. Hoberman. Although the Taiwanese director Hou Hsiao-hsien has been making movies since the early 1980s, I first became convinced of his genius when I saw The Puppetmaster (1993) some twenty years ago. Fall TV 2014: Your Everything Guide to the New Season, Including Premiere Dates!

12 Films To See In September. Do you hear that sound? 47 Movies We Can't Wait to See.