Le Dépassionné - Des motos, des filles et de la métaphysique. In Voluptas Mors (making of) - Le Dépassionné. Industriefotografie, industrial photography. Burning Ghat, Benares (Varanasi) - 1865. Photograph of Hindu temples at the Manikarnika Ghat on the River Ganges at Varanasi (Benares) in Uttar Pradesh, India, from the Macnabb Collection: Album of views of India and Burma, taken by Samuel Bourne in the 1860s. Varanasi is one of the seven sacred cities of Hinduism, situated on the Ganges River at a place where it bends to the north, considered to be an auspicious direction. Much of the religious life of the city revolves around the ghats. Hindus believe that bathing here purifies them of sin. It is known as a tirtha or ‘crossing place’ where devotees can gain access to the divine and where gods and goddesses can come down to earth. It has been a centre of pilgrimage among Buddhists, Hindus and Jains for more than 2500 years. The Sublime League of the Holy Lens.

33 Abandoned Places That Will Freak You Out… But Yet Make You Want To Go Immediately. – Tech Node. There are places on this Earth that are so alien, but only because humans have abandoned them. 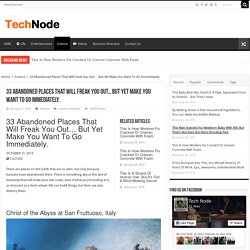 There is something about this lack of humanity that will make your skin crawl, even if what you’re looking at is as innocent as a ferris wheel. We can build things, but then, we also destroy them. Christ of the Abyss at San Fruttuoso, Italy Kolmanskop in the Namib Desert Abandoned dome houses in Southwest Florida The remains of the SS Ayrfield in Homebush Bay, Australia The abandoned Wonderland Amusement Park outside Beijing, China Fishing hut on a lake in Germany Holland Island in the Chesapeake Bay The Kerry Way walking path between Sneem and Kenmare in Ireland Pripyat, Ukraine 15th century monastery in the Black Forest in Germany Kalavantin Durg near Panvel, India The remains of the Pegasus in McMurdo Sound, Antarctica. Rare Historical Photos - And the story behind them... 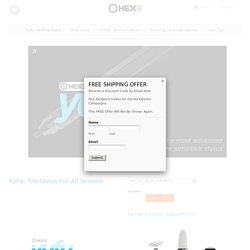 The YuFu is the worlds first ultra fine pressure sensitive stylus and the worlds first stylus to include the sensors required for proper palm rejection and pen angle. Digital art requires control over the flow of your "ink" and as with all art, quality tools. Many modern artists have chosen the iPad as their medium, and combined it with brilliant Apps like Procreate to shape their art. The YuFu is designed to work perfectly with all of the best Art, Note Taking, Ideation and Animation Apps, as well as to work with all Tablets that support Bluetooth LE.

The YuFu is not just for artists though, we are building a range of quality tools ideally suited to all digital writing and drawing tasks. The YuFu has an elegant slim design similar to the mechanical pencils you might have grown up using. It has a comfortable knurled grip for effortless use, and eye catching, attractive metal finish. Old Indian Photos. 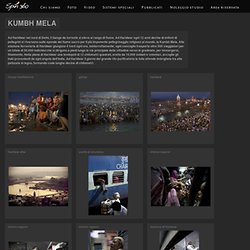 Yet when one arrives at the Shipka Pass there awaits something quite unexpected. It is as if a huge flying saucer has chosen this spot in the Balkan Mountains for a leisurely pit stop and was then signposted, but abandoned by its owners. Yet this colossal concrete edifice (spelled variously Buzludja and Buzludža) has a history much more down to earth than that. It is what remains of an extravagantly expensive project by the leaders of the country’s old communist regime to tie up their own system of government with the mythos of the country’s 1300 year old foundation as an independent state. Forget your past? A look inside reveals something extraordinary. However, it is a far cry from the way it looked when it opened. Ville fantome tchernobyl. Www.residues.net - exploration urbaine - Photos par Yves Marrocchi. Old Indian Photos.