Art made from cut paper 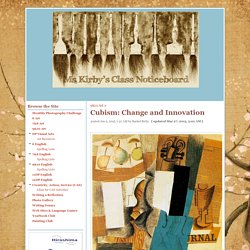 Glass and Bottle of Suze, Pablo Picasso, 1912. Fair use rationale: it is a historically significant artwork the image is only being used for informational and educational purposes the image is readily available on the internet the image is a low resolution copy of the original artwork and is unsuitable for commercial use More… 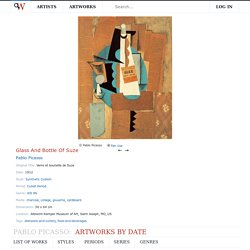 La Guitare, Pablo Picasso, 1913. Fair use rationale: it is a historically significant artwork the image is only being used for informational and educational purposes the image is readily available on the internet the image is a low resolution copy of the original artwork and is unsuitable for commercial use More… WikiArt.org allows unlimited copying, distributing and displaying of the images of public domain artworks solely. 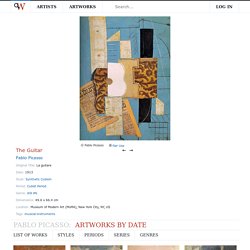 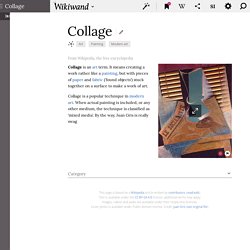 It means creating a work rather like a painting, but with pieces of paper and fabric ('found objects') stuck together on a surface to make a work of art. Collage is a popular technique in modern art. Metaphore, William A. Ursprung, 1914. Untitled (Coty), Amadeo de Souza-Cardoso, 1917, oil and collage on canvas. Still Life with Bordeaux Bottle, Juan Gris, 1919. Das Undbild, Kurt Schwitters, 1919. History Early precedents Techniques of collage were first used at the time of the invention of paper in China, around 200 BC. 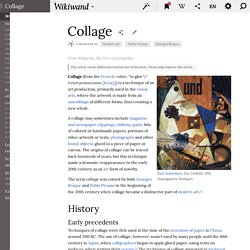 Merz 410 Something or Other, Kurt Schwitters, 1922. Still Life, Fernand Leger, 1927. Fair use rationale: it is a historically significant artwork the image is only being used for informational and educational purposes the image is readily available on the internet the image is a low resolution copy of the original artwork and is unsuitable for commercial use More… WikiArt.org allows unlimited copying, distributing and displaying of the images of public domain artworks solely. 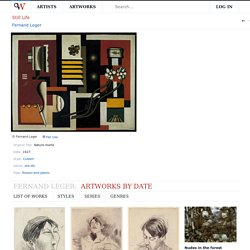 We use here Copyright term based on authors' deaths according to U.S. Copyright Law, that is 70 years. Untitled, Kurt Schwitters, 1928. It happens that, right at the time I’m visiting San Francisco, the Berkeley Art Museum is hosting the first major exhibition in fifty years on the work of mockduck favorite Kurt Schwitters— master collagist, all-around loon. 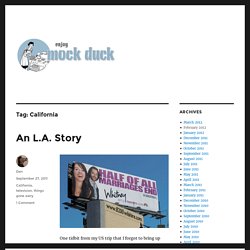 Belying his tendency to dress like a banker, Schwitters was one of the great eccentrics of the early modernist period, running a one-man design movement he called Merz (named after the tail end of a sign reading Kommerz visible through his apartment window) throughout a life spent on the run, in exile from Nazi Germany. Schwitters’ main legacy is his apeshit use of collage, gluing together random found objects that somehow form an intensely introspective, personal viewing experience: Merz Difficult, Kurt Schwitters 1942. Trompe l'oeil, Salvador Dalí, 1950.

The Snail, Henri Matisse, 1953. Henri Matisse 1869-1954 T00540 L'Escargot (The Snail) 1953 Matisse's gouaches découpées, together with the decoration of the Chapel of the Rosary at Vence, are the crowning achievement of his last years. 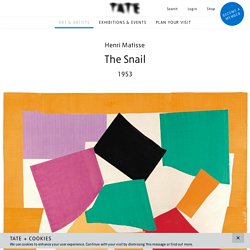 At the Deviant Art site, where this is displayed, the artist left the following comment: "I stole the idea of holes out of the Tate modern, can't remember who the picture was by, but mine is better, so there. :P" – uiuckate 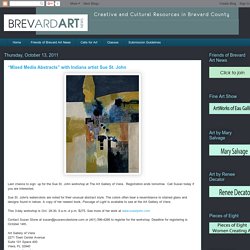 National Geographic Collage - Icarus, Bec Bigg-Wither, 2013. Sunset Over Mountains, Leisl Pfeffer, 2010. From the Stillitory of thy Face Excelling, Hogret, 2012. Peanut Butter and Jelly, Leisl Pfeffer, 2014. Topsham III, Maine, USA, Liesl Pfeffer. 2015. Where are you from and where do you reside? 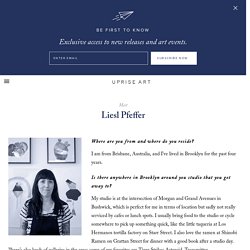 I am from Brisbane, Australia, and I’ve lived in Brooklyn for the past four years. Is there anywhere in Brooklyn around you studio that you get away to? My studio is at the intersection of Morgan and Grand Avenues in Bushwick, which is perfect for me in terms of location but sadly not really serviced by cafes or lunch spots. I usually bring food to the studio or cycle somewhere to pick up something quick, like the little taqueria at Los Hermanos tortilla factory on Starr Street. Dizygotheca Elegantissima, Leisl Pfeffer, 2015. Dani, Patrick Bremer. Inspired by Derek Riggs Iron Maiden album covers and figurative painters such as Lucien Freud or Francis Bacon, the very talented Patrick Bremer was mainly known for his portraits paintings, but now his beautiful collages have also brought him recognition.

He received his BA in painting from Wimbledon School of Art in London and has been awarded the De Laszlo Foundation award for his portraiture by The Royal Society of Portrait Painters. He works part time work as a secondary school teacher as helping children with artwork inspires and influences his work. He creates his extraordinary collage work with layers of collaged magazines and books on paper and chooses strips and chunks of paper that fit the image both visually but also textually. The Castle Dani. Arkansas 3, Patrick Bremer. Image 9 of 12, Michael Albert. Image 11 of 12, Michael Albert. Egyptian Landscape, Paulele Beach House, 2016. My Grade 9's recently finished their landscape collages. I wanted a landscape lesson that wasn't drawing-based and I also wanted to use up a bunch of old magazines and scraps of coloured construction paper, so this project was the perfect solution.

It uses minimal materials to get quite lovely results. Students were required to create a landscape that incorporated a background, middle ground and foreground. For the paper, they had to use a combination of ripped and cut (with scissors) paper to create contrasting shapes and a variety of textures. For inspiration, you could show students the work of California collage artist Eileen Downes. Memories of Blue Days, Geoffrey Howard. Collage IV, Marina Witt.