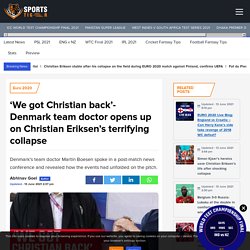 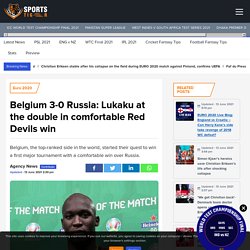 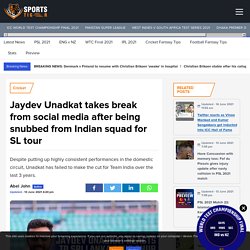 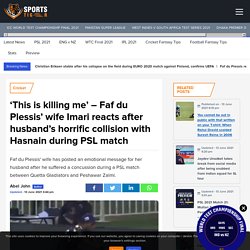 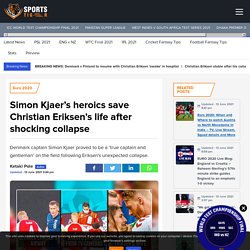 Kjær was first to help Eriksen (Picture Credit: Twitter/ UEFA) The much awaited Euro 2020 saw an unexpected early tragedy right in the 3rd match of the tournament between Denmark and Finland. Danish midfielder Christian Eriksen collapsed on the field, 5 minutes before the first half ended. This left the players of both the teams in clear distress and shook the football world at large; as there was an immediate concern about his health. 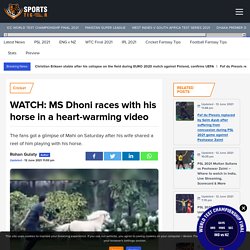 (Picture Credit: Instagram/sakshisingh_r) Former Indian captain MS Dhoni is one of the most popular names in cricket across the globe. Although the 39-year-old has retired from international cricket, he still plays franchise cricket for Chennai Super Kings in IPL and has certainly inspired everyone with his unbelievable fitness levels. England T20 Blast Day 5 Fantasy Tips – Squads, Key Players & More. Matchday 5 of the T20 Blast cricket competition will see as many as six contests lined up for cricket lovers. 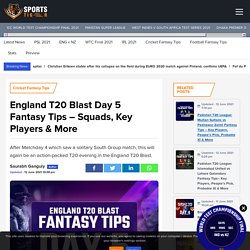 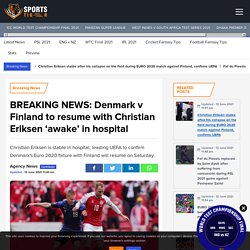 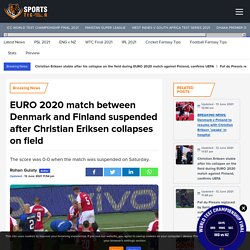 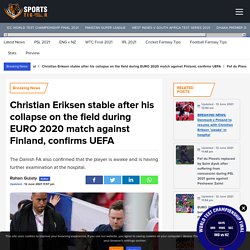 Yet with Wales being the betting favourite, the match has completely been turned on its head by the Swizz side. Live Blog - EURO 2020 Wales vs Switzerland - Gareth Bale and Xherdan Shaqiri start in the crucial contest. After an action-packed start to the EURO 2020 with an emphatic win by the Azzurri, the focus now shifts to the second match of Group A between Wales and Switzerland. Both sides will be raring to start the tournament on a positive note as the outcome of this match could have a huge impact on their chances to qualify for the next round. With so many star players on display, the stage is perfectly set for a mouth-watering game of football at Baku Olympic Stadium in Azerbaijan.

Naseem Shah in for Andre Russell as concussion substitute in PSL game. Indian squad for Sri Lanka tour compensates for lack of India 'A' tours in the last months. I want to bowl in all matches of T20 World Cup: Hardik Pandya. PSL 2021: Andre Russell gets out the ball after getting hit on helmet. Wasim Jaffer comes up with hilarious Games of Thrones and Gangs of Wasseypur reference in response to Ashwin’s challenge. He should leave me in peace! – Mourinho on whether he will face 'legend' Ronaldo in Italy. Come from behind win in Australia big moment for Indian cricket: Mohammed Shami. PSL 2021 : Quetta Gladiators vs Peshawar Zalmi Preview – Probable XI, Team News and More.

Fortnite launches Orelia skin in Item Shop for June 2021 with a trailer. Rumour Has It: Sancho agrees terms on Man Utd deal. T20 leagues can become a real threat for international cricket: Faf du Plessis - SportsTiger. Roger Federer withdraws from French Open 2021. WATCH: American footballer Conor McGlynn scores an outrageous goal from inside his own half.