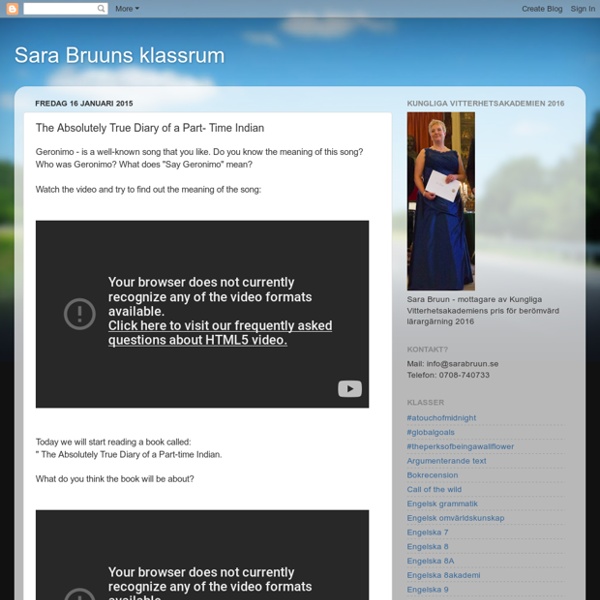 The Absolutely True Diary of a Part-Time Indian Storia Teaching Guide Book Summary Arnold, aka Junior, introduces his hardscrabble life on the Spokane Indian reservation in the first chapter called The Black-Eye-of-the-Month Club. Through his “absolutely true” diary, Arnold describes his impediments and vulnerabilities, the biggest of which is living on a reservation where he is a zero with a zero future. A pivotal conversation with a teacher spurs Arnold to make a daring life choice—to attend an all-white school miles from the reservation. His rocky start there, riddled with stereotypes and misunderstandings, slowly develops into surprising friendships and successes in academics and basketball. Meanwhile, his family life is shattered by deaths, poverty, and alcoholism.

The Absolutely True Diary of a Part-Time Indian by Sherman Alexie Analysis: Drinking Problems in Reservations To become addicted to alcohol has different reasons. Having problems is one of them. Edward Hopper, American Realist Artist, Urban Genre-Painter: Biography, Art Style, Famous Paintings: "House by the Railroad", "Nighthawks", "Gas" Recognition and Commercial Success The 1920s finally brought Hopper the breakthrough he sought. His etchings began to receive a degree of public recognition, and his oil painting (as in New York Interior, 1921; New York Restaurant, 1922) - if not yet appreciated by curators and exhibition juries - was becoming more inspired. He also began painting watercolours outdoors during the summer at Gloucester, a small town on the Massachusetts coast, except that while other painters were fully absorbed painting seascapes and scenic views, Hopper was fascinated by the large Victorian houses built by rich sea captains during the previous century. In 1923, Hopper started dating Josephine Nivison, a fellow artist from his student days, whom he married a year later. Her vivacity, dedication and strength of personality proved the key factor in shaping Hopper's future as an artist.

The Absolutely True Diary of a Part-Time Indian Sherman Alexie, the author of The Absolutely True Diary of a Part-Time Indian, grew up on the Spokane Indian Reservation in Wellpinit, in the state of Washington. Sherman Alexie In the novel we meet Arnold Spirit Jr., a fourteen-year-old Indian. The character is partly based on Alexie’s own experiences. Arnold or Junior as he is often called, is the reservation outcast – an outsider – and he is routinely bullied and beaten up. His parents are alcoholics and the family poor. At times, poverty is just terrible and thus Arnold sometimes wishes that he could draw "a fist full of twenty dollar bills, and perform some magic trick and make them real".

Absolutely True Diary of a Part-Time Indian Even though he gets beat up every day, Junior is excited about the start of school and being able to take Geometry. He loves isosceles triangles. He’s excited that is, until he opens his text book, when it turns out to be the exact same book his mother had when she took Geometry. The exact same book! There is her name right in it. Her name before she married his dad. Edward Hopper Review Edward Hopper saw an America that no other painter had got right. Now we can't see it without seeing him. by Robert Hughes (1995) Edward Hopper died in 1967, nearly 30 years ago, but he remains one of those artists whose work—no matter how familiar and often reproduced it has become—comes up fresh whenever you see it.

Edward Hopper "Edward Hopper, the best-known American realist of the inter-war period, once said: 'The man's the work. Something doesn't come out of nothing.' This offers a clue to interpreting the work of an artist who was not only intensely private, but who made solitude and introspection important themes in his painting. "He was born in the small Hudson River town of Nyack, New York State, on 22 July 1882. His family were solidly middle-class: his father owned a dry goods store where the young Hopper sometimes worked after school.