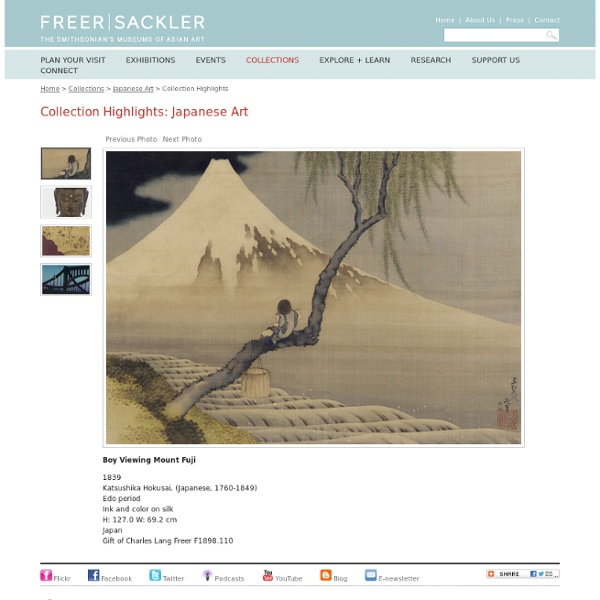 This Summer's Magical Photos of Japan's Annual Flurry of Fireflies in Forests Summer has arrived, which means longer days and warmer evenings to be spent exploring the great outdoors. In Japan, this season is marked by a magical, natural phenomenon as fireflies spread through the forests around the country, lighting up the night sky. Resembling tiny paper lanterns, these little winged beetles communicate with one another through their steady glows, creating a breathtaking view in the process, if you are lucky enough to stumble upon them. These little creatures typically breed for short periods of time and are difficult to detect when light pollution drowns out their brilliance, so photographers around the country have to be quick and savvy in order to capture their displays of bioluminescence. Further, the little bugs are extremely sensitive, reacting to lights and pollution and typically only live about 10 days, making images that portray their mystical glow that much more special. Above image via 365March (Yu Hashimoto) Image via fumial Image via Yasushi Kikuchi

Интернет-галерея живописи - картины, живопись, репродукции • Gallerix.ru The Color That Wasn’t a Color Lorenzo Lotto’s Portrait of a Young Man against a White Curtain, ca. 1508. Of all the colors artists have had at their command throughout the ages, none has endured more reversals of fortune than black. Indeed, in his book Black: The History of a Color, published by Princeton University Press, historian Michel Pastoureau points out that for a few centuries after Isaac Newton’s discovery of the spectrum, around 1665, “black and white were considered and experienced as ‘noncolors.’” Beginning with the earliest known cave paintings, Pastoureau charts the color’s passage through the realms of art, fashion, and society, noting that in ancient times black was associated with caverns and underground spaces, fearful places that nevertheless had their own sacred energy. In Egypt, black assured the safe passage of the deceased to the beyond and thus was the preferred color for divinities linked to death.

Heavy Snowfall Turns Kyoto Into a Beautiful Winter Wonderland With temperatures dipping to below zero degrees Celsius, Kyoto experienced its coldest days yet this past weekend. And while it snows occasionally in Japan’s most beautiful of cities, rarely does it stick. Locals and visitors were in for a spectacular treat this weekend, as the low temperatures allowed for a heavier snowfall that blanketed the city’s world famous monuments. With one of the largest collection of UNESCO World Heritage Sites in the world, Kyoto’s magical intrigue was only further enhanced by the white powder. Visitors filled the streets of Gion, Kyoto’s historic geisha quarter, basking in the flakes as they trickled down. The Golden Pavilion, one of the country’s most iconic buildings, shimmers in the snow, its golden exterior popping against the powdery ice crystals blanketing its surroundings. Given the unusual nature of the event, the web is filled with photographs commemorating the occasion. Take a look at some spectacular photographs of Kyoto covered in snow.

Infographic: Mapping The 70-Year Gestation Of Street Art In the annals of "Fine Art History," graffiti is usually placed squarely outside of the mainstream dialogue. Usually, it’s relegated to a foggy category sometimes called Urban Art--or worse, Urban Contemporary. “Those are not terms that came from the graffiti or street communities,” says writer and theorist Daniel Feral. “They may be a result of categories created by the auction houses. Click to enlarge. Feral is the creator of the eponymous Feral Diagram, a map that revises the role of graffiti and street art in the canon of modern art. What’s clever about the Feral Diagram is that it utilizes the visual language of another very famous diagram, created by the first director of MoMA, Alfred H. MoMA director Alfred H. You can buy a poster of the diagram here.

34 Healthy and Eye-Catching Bento Box Lunch Ideas Partitioned dining may remind you of a TV dinner from the 60s, but compartmental lunches can actually be appetizing, healthy, and appealing. All the rage with the K-5 crowd, bento boxes are gaining steam as a perfectly portioned, creative, fun way to pack and serve lunch—and they’re not just for kids. The bento box hails from Japan and first hit the scene in the sixteenth century. Creative Lunches On-the-Go Photo: Veggie Bento Love 1. 2. 3. 4. 5. 6. 7. Photo: Cooking in Sens 8. 9. 10. 11. 12. 13. 14. 15. 16. 17. 18. 19. 20. 21. 22. 23. 24. 25. 26. 27. 28. Photo: Bento Zen 29. 30. 31. 32. So you want to take up a career in bento-box making (or just want really pretty lunches). PlanetBox This stainless steel box is definitely one of the priciest out there—but it’s also sleek and adorable. Yumbox The illustrations inside this plastic box are sort of silly, but we like the pre-separated sections. Monbento Here’s a chic option for the grown ups out there. DIY Bento Box

100 Ideas That Changed Art by Maria Popova From cave paintings to the internet, or how art and cultural ideology shape one another. On the heels of yesterday’s 100 Ideas That Changed Photography comes 100 Ideas That Changed Art (public library) — a succinct account of the most influential developments in the history of art, from cave paintings to the internet, compiled by art historian and broadcaster Michael Bird. From conceptual innovations like negative space (#98), color codes (#33), and street art (#94) to landmarks of communication like making books (#21), propaganda (#12), and handwriting (#24) to ideological developments like “less is more” (#30), protest (#79), and the body as surface (#9), each idea is contextualized in a 500-word essay with key visual examples. Bird writes in the introduction: What does it mean to ‘change art’? Polykleitos was credited with 'the idea that statues should stand firmly on one leg only.' Images and captions courtesy of Laurence King Donating = Loving Share on Tumblr