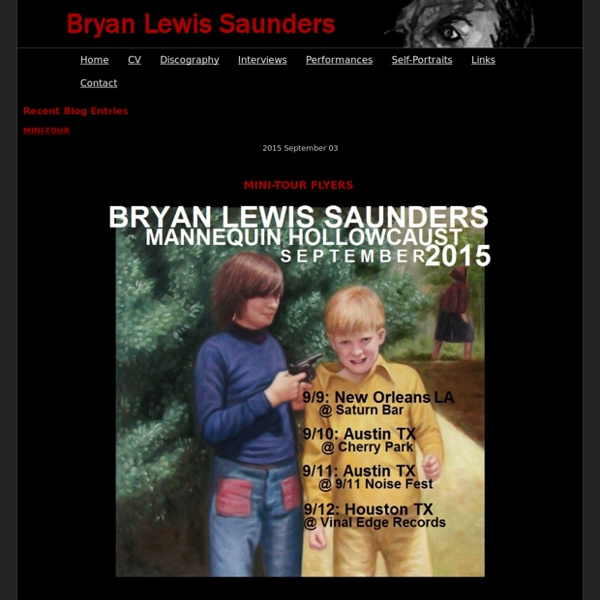 Into the surreal & S A V O I A Into the surreal Posted by Morrison Conway on November 10, 2011 · 22 Comments Moscow-based artist Philipp Igumnov has created these fun illustrations and collages. His artistic style walks a fine line between a melancholy dream world and ridiculous humour with each photograph containing a retro element that works to defamiliarize our notions of the past. Melancholy is not Enough – Surrealistic PhotographySTORYTELLER – Surrealistic Photography of WomenSalvador Dali Paints a Real Wonderland – Dali Paintings Inspired by Alice in WonderlandAre You a Dreamer? Like this: Like Loading...

Amazing Star Trek Art This lovely piece of hanging artwork can be found at Microsoft’s Studio D offices in Redmond, Washington. Called "Mirror Universe," it was created by Devorah Sperber. I want one. Obvious Plant In-Store Ikea Reviews [see a bonus review on Facebook] I added this fake health brochure about Donald Trump to a doctor’s waiting room Acai berry facts. Left in an organic juice place. Suggestion for the local Humane Society I left this letter from ‘Management’ on the doors of an apartment complex [printable letter here] Secret tip hidden in the Glendale Library Left in a Los Angeles taxi

Fat-Pie.com :: Animation and stuff by David Firth Home | Motorcycle News Forum | MCN Leonardo Erlich Special Blog post - Tadahiko Hayashi The post for this week is a special blog post. The theme for this week is Japanese photographers. How is Japan visualized through the eye of a native Japanese? He was considered one of the most influential photographers during the time period after the war and the pictures he is famous for are the pictures taken after the war, which he have focus on the repercussions and the crisis Japan had after the fall of the empire.I have chosen these two photos because they are very uncommon during this time period in Japan. Orphaned kids on the street smoking, 1946. The picture above is a very strong picture, with a powerful message. A writer in his study room. The final picture I have chosen is of a writer working in his study room. Even though Japan do have poverty in small amount, that was nothing against what they had back then. My personal opinions about the pictures is that it represents a dark chapter of Japanese history, and I have never seen similar pictures from this time. /Quangus

Caitlin Moran's Posthumous Advice for Her Daughter By Caitlin Moran / brouhahadreamer.tumblr.com My daughter is about to turn 13 and I’ve been smoking a lot recently, and so – in the wee small hours, when my lungs feel like there’s a small mouse inside them, scratching to get out – I’ve thought about writing her one of those “Now I’m Dead, Here’s My Letter Of Advice For You To Consult As You Continue Your Now Motherless Life” letters. Here’s the first draft. “Dear Lizzie. “Look – here are a couple of things I’ve learnt on the way that you might find useful in the coming years. “The main thing is just to try to be nice. “Second, always remember that, nine times out of ten, you probably aren’t having a full-on nervous breakdown – you just need a cup of tea and a biscuit. “Three – always pick up worms off the pavement and put them on the grass. “Stay at peace with your body. “Whenever you can’t think of something to say in a conversation, ask people questions instead. “Babyiest, see as many sunrises and sunsets as you can. “Love, Mummy.”