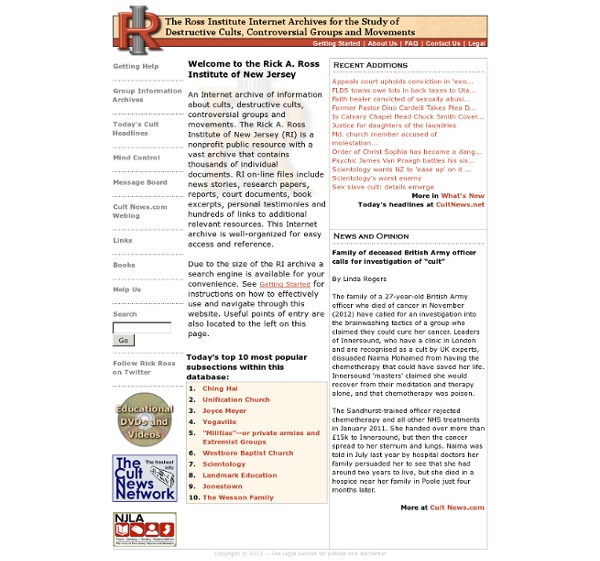 Abusive Brainwashing Techniques | Tools of Abusive Wives | Battered Men This is how she gets what she wants. She brainwashes you using methods similar to those of prison guards who recognize that physical control is never easily accomplished without the cooperation of the prisoner. NO, this does not mean she's a supremely intelligent individual. The abuser keeps the victim unaware of what is going on and what changes are taking place. The abuser controls the victim's time and physical environment and works to suppress much of the victim's old behavior. The abuser instills in the victim a sense of powerlessness, fear, and dependency. The most effective way to gain that cooperation is through subversive manipulation of the mind and feelings of the victim, who then becomes a psychological, as well as a physical, prisoner. Kellie Jo Holly over at Verbal Abuse Journals has this to say regarding our doubts that we've been brainwashed by those closest to us. Likewise, you are NOT some sort of idiot for succumbing to brainwashing. Biderman's Chart of Coercion:

1997 SDX Awards--Pastor orchestrated first revival PUBLISHED SUNDAY NOVEMBER 19, 1997 Copyright 1997 The Pensacola News Journal. All rights reserved Pastor orchestrated fist revival By Alice Crann staff writer For 2 1/2 years, the Rev. John Kilpatrick, pastor of Brownsville Assembly of God, and evangelist Steve Hill have promoted the Pensacola Brownsville Revival as a spontaneous arrival of the Holy Spirit on June 18, 1995. But videotape and statements of numerous people who were there indicate that nothing like that happened and the congregation in general was far from overwhelmed. In addition, say present and former church members, the revival did not suddenly arrive. He talked persistently about bringing revival to Brownsville and threatened to quit if the church did not accept the revival. The video shows what happened after Kilpatrick turned the stage over to Hill. Hill says: "Everyone who would like a refreshing from the Lord you'd like God to touch your life I want you to come forward, just stand right in here." Just a trickle

Wrong facts stick in memory "Misinformation...continued to influence memory and reasoning." Image: flyparade/iStockphoto Humans are taught from an early age to tell the truth so if we realise the facts have been misrepresented, we do our best to set the record straight. The study by Assistant Professor Ullrich Ecker, Professor Stephan Lewandowsky and David Tang, from UWA's School of Psychology, was first published last year in Memory & Cognition journal and is featured this month in another journal Scientific American. Professor Ecker said information that was initially thought to be correct, but later retracted or corrected, often continued to influence memory and reasoning. "It occurs even if the retraction or correction is well remembered and is often referred to as ‘the continued influence effect of misinformation'," Professor Ecker said. "Our study investigated whether the continued influence of misinformation can be reduced by explicitly warning people at the outset that they may be misled."

The Relationship Between Exercise and Inflammation (and What It Means for Your Workouts) Since we’ve been on an inflammation kick the past couple weeks, I figured I’d start covering some of the areas of health and lifestyle that interact with inflammation. That doesn’t exactly narrow things down, seeing as how inflammation is involved in just about everything, but it does give me plenty of things to discuss. Today’s topic, exercise, was a little tricky, because the relationship between exercise and inflammation is anything but straightforward, seemingly fraught with inconsistencies and facts that appear to contradict one another. Exercise reduces inflammation, but it also increases it. Sound confusing? See for yourself. There are many more out there, but the general gist is that regular exercise tends to lower markers of systemic inflammation while acute exercise increases markers of acute inflammation. Effective exercise is inflammatory exercise… to a point. Avoid inflammatory plateaus. Track your training. Yeah, exercise is a funny subject.

The Anima, Animus & Alchemy "When you make the two into one, and when you make the inner like the outer and the outer like the inner, and the upper like the lower, and when you make male and female into a single one, so that the male will not be male nor the female be female, when you make eyes in place of an eye, a hand in place of a hand, a foot in place of a foot, an image in place of an image, then you will enter [the kingdom]." Adam McLean's Gallery The opening three illustrations to this process, indicate the realm within which this transformation occurs and introduces the Prima Materia. We interpret this series as a process for the integration of the three facets of man - the Body, Soul and Spirit. In illustration 1, we have a picture of man's inner soul world. Thus we have here a picture of the unintegrated soul realm of man. Thus even at the beginning of the work, the alchemist will have help from the spiritual world. In illustration 3, the process moves one stage further. See also:

About Nathan Morris | Shake The Nations | The Evangelistic Ministry of Nathan Morris Shake The Nations was launched in 2006, as the Evangelistic Ministry of Nathan Morris. Nathan, who is the Founder and President of Shake The Nations Ministries, became a Christian in 2002 when he had a powerful salvation experience. Since this time, Nathan has been passionately pursuing his call of seeing multitudes reached with the Gospel of Jesus Christ all over the world. Since the ministries conception in 2006, Shake The Nations has had the privilege of preaching to many thousands of people at large Gospel crusades across the nations of the world. In 2010, Evangelist Nathan joined with Pastor John Kilpatrick and Church of His Presence for what has become known as the Bay Revival. Today, Evangelist Nathan and his wife, along with the Shake The Nations Team, travel around the world with a burning passion to preach the Gospel of Jesus Christ to all nations and see the power of the Holy Spirit demonstrated through signs, wonders, and miracles.

Lingering Lies: The Persistent Influence of Misinformation After people realize the facts have been fudged, they do their best to set the record straight: judges tell juries to forget misleading testimony; newspapers publish errata. But even explicit warnings to ignore misinformation cannot erase the damage done, according to a new study from the University of Western Australia. Psychologists asked college stu­dents to read an account of an ac­cident involving a busload of elderly passengers. The students were then told that, actually, those on the bus were not elderly. For some students, the information ended there. Students who had been warned about misinformation or given the alternative story were less likely than control subjects to make inferences using the old information later—but they still erred sometimes, agreeing with statements such as “the pas­sengers found it difficult to exit the bus because they were frail.”

Butterflies – Bad Vöslau, Austria Home - Jim Bakker Show Stare Your Excuses in the Face, and Take Control of Your Health Welcome! If you want to lose weight, gain muscle, increase energy levels or just generally look and feel healthier you've come to the right place. Here's where to start: Visit the Start Here and Primal Blueprint 101 pages to learn more about the Primal Lifestyle. Thanks for visiting! It’s Friday, everyone! Mark, Thank you so much for e-mailing me back! Believe it or not, my story starts with a car accident. Since I was tired all the time, I was eating constantly. Finally, I found a physicians assistant that would see me about my neurological issues (no one would see me without a referral from my doctor, which was impossible to get because my pediatrician was unreachable 99% of the time and my new adult doctor couldn’t give me a referral because I’d never actually gone to him). When I finally coped with the fact that I have narcolepsy, I started to take control of my life again. I found real structure when I bought a pair of shoes. 1. 2. 3. 4. Prepare a few “healthy” recipes that you LOVE.