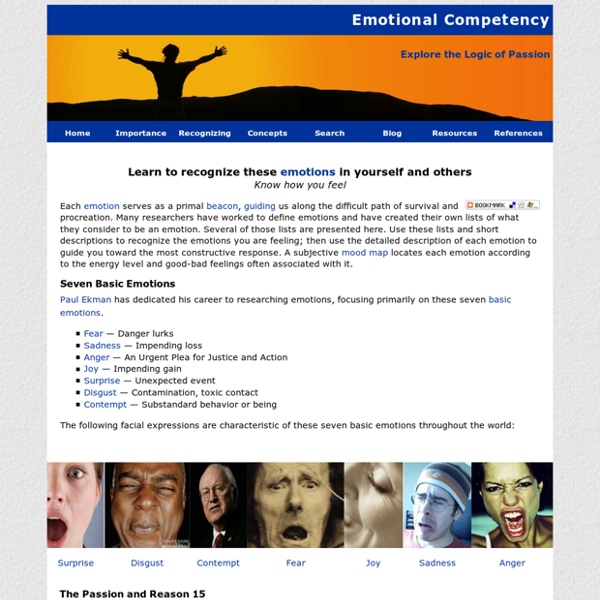 Human Emotions Chart - Free, Comprehensive Chart Of Emotions List of Emotions - Human Emotional Chart This list of human emotions plots the descending spiral of life from full vitality of the energy of life and high consciousness through half-vitality and half-consciousness down to death. This list of emotions chart also enables to both predict and understand human behavior in all manifestations, making possible to predict the behavior of a potential spouse, a business partner, employee or friend - before you commit to a relationship. Numbers assigned to this list of emotions chart are arbitrary to show a relative degree or intensity of perceived emotion of happiness in accordance to available creative power or life's energy to the individual. Happiness encompasses a whole range of emotions from certain energy frequency level (4.0 enthusiasm level in our chart below) and up. - What we call the Happiness Domain. Neuroscientist Richard J. Davidson, Ph.D., described it well when he said: happiness “is a kind of a placeholder for a constellation of positive emotional states."

List of Emotions Understanding Stress: Symptoms, Signs, Causes, and Effects What is stress? The Body’s Stress Response When you perceive a threat, your nervous system responds by releasing a flood of stress hormones, including adrenaline and cortisol. These hormones rouse the body for emergency action. Your heart pounds faster, muscles tighten, blood pressure rises, breath quickens, and your senses become sharper. Stress is a normal physical response to events that make you feel threatened or upset your balance in some way. The stress response is the body’s way of protecting you. The stress response also helps you rise to meet challenges. But beyond a certain point, stress stops being helpful and starts causing major damage to your health, your mood, your productivity, your relationships, and your quality of life. How do you respond to stress? It's important to learn how to recognize when your stress levels are out of control. The signs and symptoms of stress overload can be almost anything. Stress doesn’t always look stressful Signs and symptoms of stress overload

untitled The Search for Basic Emotions Table of Contents Before reading this you might want to explore your own emotions. One way to help a person do this is to study this web page: Understand, Identify Release Your Emotions. It was written by Mary Kurus. When you return to this page you can explore how you might want to classify your emotions. In a very simple way the left brain is very logical and linear and is always trying to figure out how the right brain sees the big picture and has more insight into emotions. Later in this web page, I describe seven basic emotions that seem to cover all the many presented on this web page. Language Confusing Before we start, a word of warning. Emotions have all sorts of words used to describe them. If we are to investigate emotions we have to include the observer. Emotions and feelings stem from two great sources, namely the body (sickness, tired, etc) and other people (love, hate, anger, etc). The Plutchik Model of Emotions Various Lists of Emotions Hunter B. Modern Brain/Mind Maps 1. 1.

Emotion classification Emotion classification, the means by which one emotion is distinguished from another, is a contested issue in emotion research and affective science. The classification of emotions has been researched from two fundamental viewpoints: one, that emotions are discrete and fundamentally different constructs; or two, that emotions can be characterized on a dimensional basis in groupings. Emotions as discrete categories[edit] Basicality Debate[edit] Humans' subjective experience is that emotions are clearly recognizable in ourselves and others. On "basic emotion" accounts, activation of an emotion, such as anger, sadness, or fear, is "triggered" by the brain's appraisal of a stimulus or event with respect to the perceiver's goals or survival. On "constructionist" accounts, the emotion a person feels in response to a stimulus or event is "constructed" from more elemental biological and psychological ingredients. Semantically Distinct Emotions[edit] Dimensional models of emotion[edit]