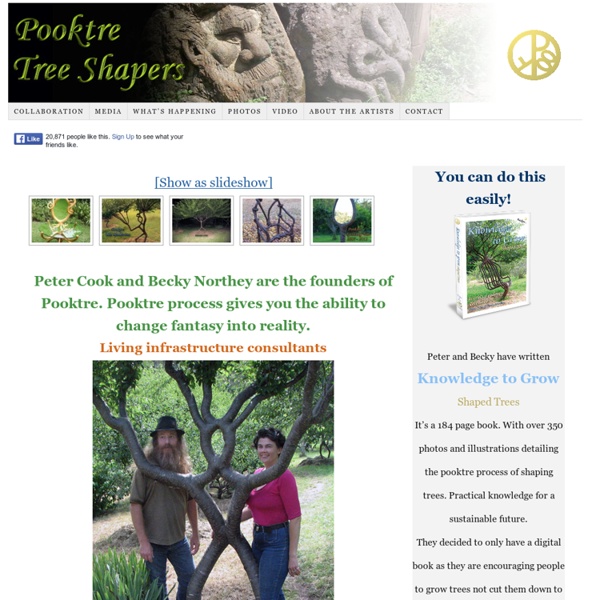 Sussex Life Gardening Sussex Life Gardening Wednesday, June 30, 2010 8:31 AM Nigel and Trixie Hall have achieved wonders in a small garden at their home in Worthing. Leigh Clapp was entranced by what she found An Oasis of Green Green City China British design consultancy Arup has announced that it has been tapped by the Chinese government to lead the construction of an "eco-city" expansion to Shanghai. Dongtan, the expanded development near Shanghai's airport, will eventually cover about 8,800 hectares -- roughly the size of Manhattan island. Shanghai claims that the Dongtan project will be "the world's first genuinely eco-friendly city," using recycled water, cogeneration and biomass for energy, and striving to be as carbon-neutral as possible. The first phase, a 630 hectare development including a mix of transport facilities, schools, housing and high-tech industrial spaces, will begin construction late next year, and is expected to be completed by 2010.

Tetrapharmakos The Tetrapharmakos (τετραφάρμακος) "four-part remedy" is a summary of the first four of the Κύριαι Δόξαι (Kuriai Doxai, the forty Epicurean Principal Doctrines given by Diogenes Laërtius in his Life of Epicurus) in Epicureanism, a recipe for leading the happiest possible life. They are recommendations to avoid anxiety or existential dread.[1] The four-part cure[edit] As expressed by Philodemos, and preserved in a Herculaneum Papyrus (1005, 4.9–14), the tetrapharmakos reads:[4] The 7 foods experts won't eat - Healthy Living on Shine How healthy (or not) certain foods are-for us, for the environment-is a hotly debated topic among experts and consumers alike, and there are no easy answers. But when Prevention talked to the people at the forefront of food safety and asked them one simple question-"What foods do you avoid?"-we got some pretty interesting answers.

Plants That Stop — Even Eat — Mosquitoes While I’m still gathering feedback on DEET -free repellents I thought you’d appreciate some information on plants that may help keep mosquitoes where they belong–far, far away from you. (Note: the leaves of the following must be crushed to release the aroma. Otherwise mosquitoes can’t smell them): Photo: NellsWiki LEED home sustainablilty rating We believe in better buildings; places that complement our environment and enhance our communities. Places that give people better, brighter, healthier spaces to live, work and play. Green building is a win-win, offering both environmental and economic opportunity. Greater building efficiency can meet 85 percent of future demand for energy in the United States and a commitment to green building has the potential to generate 2.5 million jobs.

50 Reasons Why Stanley Kubrick Is The Greatest Director Of All Time Some would say “difficult and remote”. Others would say “brilliant, bold, daring but an absolute control freak”. The late Stanley Kubrick was labelled many things in his time but no one can doubt the man had a rich talent for realising cinema as a grand, sensory spectacle. This month marks the 12th anniversary since his death and as a tribute to his talents I would like to propose 50 reasons why the filmmaker may have actually been the greatest director of all time. In no particular order; 1.

6174 (number) 6174 is known as Kaprekar's constant[1][2][3] after the Indian mathematician D. R. Kaprekar. This number is notable for the following property: How To Make TP Roll Seed Pots Guys! Spring is almost here! In Portland I dare say it’s even come early, bringing the daffodils springing from every sidewalk crack and kissing the tree tops in blush pink buds. It’s intoxicating! And it also means we’re coming up quick on planting season. Meet the Aquanauts: Moving Humankind Into the Ocean If you’ve ever wanted to escape the noise and crowds of modern city life, why not retreat to the ocean depths? It’s peaceful in the water, and your only neighbors are fish, sharks and various otherworldly marine animals. The subject has been broached in countless science fiction stories over the years, and underwater cities are often seen as the utopias of tomorrow.

The 420 Shack: How to dry, cure, and flavor your marijuana! Are you ready for the 420 shacks crash course in curing your marijuana? Get ready to take some notes, Today we're going over drying, air curing and flavor curing. Curing your marijuana buds is done to remove all of the chlorophyll, and left over salts and nutrients the cannabis plant built up over its growing period. Starting a Business: Advice from the Trenches If you’re like thousands of other designers, programmers and other creative professionals out there, at one point in time you’ve considered starting your own business. Unlike most, you’ve gone against common sense and decided to open shop for yourself. And not just freelance full-time, mind you, but file for the company name, get some stationery, and wade through the legal mumbo-jumbo.