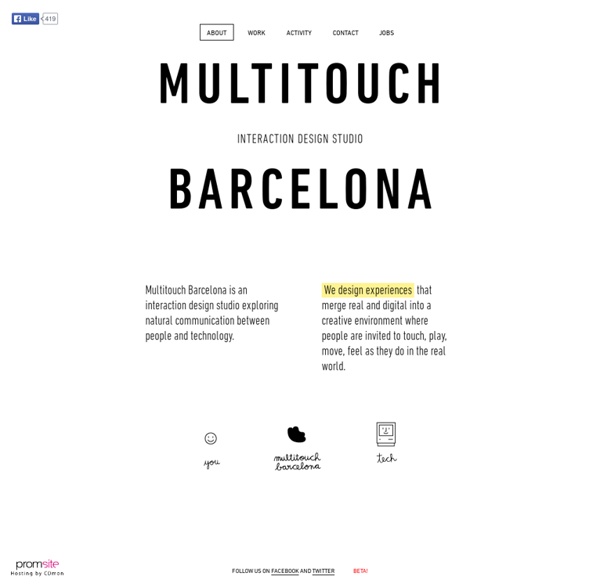 Émilie Brout & Maxime Marion Arborescence - festival d'arts numériques - Digital Arts festival Gemma Degara Creating interaction beyond the computer 3-D It Yourself, Thanks to New Library Site (Courtesy NYPL Labs)Samuel Dixon crossing Niagara. Four years ago, a San Francisco artist and writer named Joshua Heineman began making animated versions of digitized vintage stereographs from the New York Public Library’s collection and posting them on his blog. The project quickly went viral, attracting as many as 70,000 visitors a day to its mesmerizing 3-D animations of old-school cyclists zipping around on penny-farthings and heavy-skirted matrons reclining over a picnic. Now the library itself has done Mr. Heineman’s populist raid on the archives one better and created its own Stereogranimator, a graphic tool that allows users to try their hand at bringing the more than 40,000 digitized stereographs from its collection back to flickering life. “It’s a nice example of the cool things that can happen when you put library collections online in free, repurposable forms,” Ben Vershbow, the manager of NYPL Labs, the unit responsible for the project, said in a telephone interview. Mr. Mr.