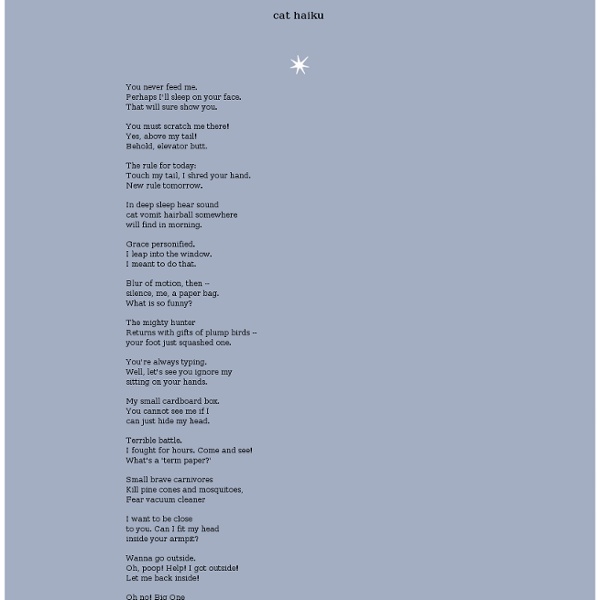 The Top 10 Best Science Fiction Books Before the comments fill up with “Why didn’t you include this” and various slights against our personal and professional integrity, this is just a list of ten great science fiction novels, not in order, and by no means the top ten ever produced. ‘Ten of the best’, not ‘the ten best’. That being said, please post up your own favourites, as we’re always looking for new things to read. 10. The Moon Is A Harsh MistressPublished: 1966 Author: Robert Heinlein Awards: Hugo (1967), Nebula (1966), Prometheus, (1983)Buy it on Amazon Heinlein’s elegantly constructed novel evokes some of the finest traditions in science fiction, with a near-future setting on the mongrel colony of Luna, which is preparing its revolution against the tyrannical rule of Earth. 9. | Kindle Edition 8. It’s nigh-on impossible to talk seriously about the post-apocalyptic subgenre of science fiction without mentioning Walter M Miller Jr’s A Canticle For Leibowitz. 7. | Kindle Edition 6. | Kindle Edition 5. | Kindle Edition 4.

World Digital Library Home 2.cs.cmu This book contains 209 tales collected by the brothers Grimm. The exact print source is unknown. The etext appears to be based on the translation by Margaret Hunt called Grimm's Household Tales, but it is not identical to her edition. (Some of the translations are slightly different, the arrangement also differs, and the Grimm's scholarly notes are not included.) The etext received by the Universal Library did not include story titles. Note that these tales are presented more or less as the Grimms collected and edited them (and as Hunt saw fit to translate them). NEW: There is now a more accurate version of the Hunt translation posted by William Barker.

Name That Character! by Anne Marble A character's name is a basic part of that character, but it can sometimes be hard to come by just the right name. These tips might make that passage a little easier. Warning! Names Stick to Your Brain! If you can't think of a name right away, you might decide to try out a temporary name on a character. Ten Tips on Choosing Names Let the Names Reflect the Characters Give characters names that tell you something about them. Make Sure the Name Doesn't Belong to Someone Famous Sometimes, when you hit the right name, it will feel just right, as if it had been on the tip of your tongue, as if you had known your character's name all along and just had to remember it. This doesn't mean that you have to come up with a name that no one has. Avoid Names That End in S This tip sounds trivial, but it can save you a lot of trouble later. Use Names That Fit the Period If you're writing a historical or Regency romance, do some research on names common to the era. Avoid the Trends Surname Tips

History of the &#039;at&#039; symbol @ commercial at Home Bidding Information FYI email History of @ What do you call the @ symbol used in e-mail addresses? From: Cool Quiz.com That little "a" with a circle curling around it that is found in email addresses is most commonly referred to as the "at" symbol. Surprisingly though, there is no official, universal name for this sign. There are dozens of strange terms to describe the @ symbol. For instance, some quirky names for the @ symbol include: apenstaartje - Dutch for "monkey's tail" snabel - Danish for "elephant's trunk" kissanhnta - Finnish for "cat's tail" klammeraffe - German for "hanging monkey" papaki - Greek for "little duck" kukac - Hungarian for "worm" dalphaengi - Korean for "snail" grisehale - Norwegian for "pig's tail" sobachka - Russian for "little dog" More on the symbology Before it became the standard symbol for electronic mail, the @ symbol was used to represent the cost or weight of something. With the introduction of e-mail came the popularity of the @ symbol.

Welcome to Llewellyn Worldwide - New Age Publisher in Tarot, Wicca and Witchcraft, Magick, Shamanism, Astrology and Lo Scarabeo products Kurt Vonnegut explains drama I was at a Kurt Vonnegut talk in New York a few years ago. Talking about writing, life, and everything. He explained why people have such a need for drama in their life. He said, “People have been hearing fantastic stories since time began. The problem is, they think life is supposed to be like the stories. Let's look at a few examples.” He drew an empty grid on the board, like this: Time moves from left to right. He said, “Let's look at a very common story arc. It starts with her awful life with evil stepsisters, scrubbing the fireplace. “People LOVE that story! He wiped the board clean and said, “Now let's look at another popular story arc: the disaster.” It's an ordinary day in an ordinary town. But the problem is, life is really like this... Our lives drifts along with normal things happening. “But because we grew up surrounded by big dramatic story arcs in books and movies, we think our lives are supposed to be filled with huge ups and downs! That's why people invent fights.

Internet Public Library: Top 10 Drunk American Writers - Top 10 - Drunk Writers - Raymond Chandler Quote - Frederick Exley - Harry Crews - Jack Kerouac - Jack London - F. Scott Fitzgerald - Edgar Allan Poe - William Faulkner - Dorothy Parker - Charles Bukowski Top 10 Drunk American Writers “Alcohol is like love. The first kiss is magic, the second is intimate, the third is routine. After that you take the girl's clothes off.” "After a month's sobriety my faculties became unbearably acute and I found myself unhealthily clairvoyant, having insights into places I'd as soon not journey to. "Alcohol whipped me. "As I grew older I became a drunk. "I was carrying a beautiful alcoholic conflagration around with me. "First you take a drink, then the drink takes a drink, then the drink takes you." "I have absolutely no pleasure in the stimulants in which I sometimes so madly indulge. #03 - Tie: WILLIAM FAULKNER [1897-1962] & DOROTHY PARKER [1897-1967] "“There is no such thing as bad whiskey. "I'd rather have a bottle in front of me, than a frontal lobotomy." #02 - Tie: ERNEST HEMINGWAY [1899-1961] & HUNTER S. "Drinking is an emotional thing. © 2014 Shelf-Life Productions LLC

I’ve stood around too long’ Central Kings students wear pink to send bullies a messageBy IAN FAIRCLOUGH Central Kings Rural High School students David Shepherd and Travis Price CAMBRIDGE — Two students at Central Kings Rural High School fought back against bullying recently, unleashing a sea of pink after a new student was harassed and threatened when he showed up wearing a pink shirt. The Grade 9 student arrived for the first day of school last Wednesday and was set upon by a group of six to 10 older students who mocked him, called him a homosexual for wearing pink and threatened to beat him up. The next day, Grade 12 students David Shepherd and Travis Price decided something had to be done about bullying. "It’s my last year. They used the Internet to encourage people to wear pink and bought 75 pink tank tops for male students to wear. "I made sure there was a shirt for him," David said. They also brought a pink basketball to school as well as pink material for headbands and arm bands.

OMG ... another Kindle killer Just when you thought there couldn't be one more Kindle killer, Barnes & Noble comes out with a brand new digital book reader called "the nook." The device is very similar to the Kindle in size and price ($259) but it includes a full-color touchscreen! It also has a nifty browser function that lets you pan through full-color book cover icons to select your book, similar to the touchscreen panning feature of the iPhone. The device is 3G, so according to the Barnes & Noble website you can download over a million titles in seconds rather than minutes, and B & N is letting users flip through any book for free prior to purchasing it. Barnes & Noble has announced that the supplies of the Nook available for delivery before Christmas have been depleted and as of last Friday, anyone who orders will get a certificate to put under the tree that says the Nook will be delivered in January.