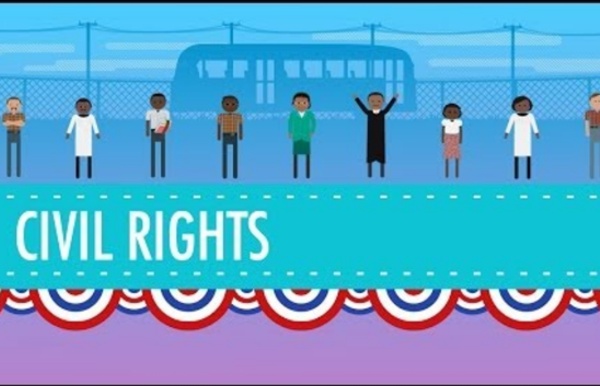 ‘To Kill a Mockingbird’ Removed From School in Mississippi Eighth graders in Biloxi, Miss., will no longer be required to read “To Kill a Mockingbird,” Harper Lee’s Pulitzer Prize-winning novel about racial inequality and the civil rights movement that has been taught in countless classrooms and influenced generations of readers. Kenny Holloway, the vice president of the Biloxi School Board, told The Sun Herald there had been complaints about the book. “There is some language in the book that makes people uncomfortable, and we can teach the same lesson with other books,” he said. “It’s still in our library. It was not immediately clear if the book had already been removed from the curriculum. The superintendent, Arthur McMillan, did not elaborate on when the book was pulled, instead providing a statement to The Sun Herald that said the resources used to teach students “may change periodically.” “We always strive to do what is best for our students and staff to continue to perform at the highest level,” he said.

The End of the Movement 'Still a city of slaves' – Selma, in the words of those who live there | US news Ten figures clambered over piles of rubble from the old cotton warehouse, picking up bricks. It was a cold day for Selma, Alabama, close to freezing, and as the sun disappeared they gathered to warm their hands over makeshift fires. For 10 hours they removed bricks from piles mixed with wood and metal, chipping each recovered brick free of mortar, and then stacked them. The bricks were handmade in the 1870s, and a foreman was paying them between $10 and $20 in cash for a pile of 500. It was hard work. A pile took about half the day to gather, and most quit from fatigue after one go. A brick buyer from a construction firm came to look at the pile. Jennifer had spent the day picking bricks, and wasn’t complaining, “I am a single mother with five kids. A man on a break, his hands bleeding beneath a cloth wrap, smoked a cigarette. Driving towards Selma, you are constantly reminded by historical markers that although once a city of slavery, the city now symbolizes civil rights.

Black History & Civil Rights Movement Timeline Malcolm X Malcolm X, black nationalist and founder of the Organization of Afro-American Unity, is assassinated (Feb. 21). State troopers violently attack peaceful demonstrators led by Rev. Martin Luther King, Jr., as they try to cross the Pettus Bridge in Selma, Ala. Fifty marchers are hospitalized on "Bloody Sunday," after police use tear gas, whips, and clubs against them. The march is considered the catalyst for pushing through the voting rights act five months later (March 7). Congress passes the Voting Rights Act of 1965, making it easier for Southern blacks to register to vote.

History of Lynchings in the South Documents Nearly 4,000 Names The lynching report is part of a longer project Mr. Stevenson began several years ago. One phase involved the erection of historical markers about the extensive slave markets in Montgomery. The city and state governments were not welcoming of the markers, despite the abundance of Civil War and civil rights movement memorials in Montgomery, but Mr. Stevenson is planning to do the same thing elsewhere. Around the country, there are only a few markers noting the sites of lynchings. Image Efforts to count the number of lynchings in the country go back at least to 1882, when The Chicago Tribune began publishing each January a list of all executions and lynchings in the previous year. The report released Tuesday says that the new inventory has 700 names that are not on any of these previous lists, many of which Mr. Professor Beck, who teaches at the University of Georgia, has not reviewed the new list.

WGBH American Experience . Freedom Riders . People . Stokely Carmichael Freedom RiderBronx, NY At the time of the Freedom Rides, Stokely Carmichael was a 19-year-old student at Howard University, the son of West Indian immigrants to New York City. Carmichael made the journey to Jackson, MS from New Orleans, LA on June 4, 1961 by train, along with eight other riders, including Joan Trumpauer. The group was ushered by Jackson police to a waiting paddy wagon; all Riders refused bail. The acerbic Carmichael would go on to become one of the leading voices of the Black Power Movement. In his posthumously published autobiography, Carmichael spoke about the significance of the Freedom Rides: "CORE would be sending an integrated team-black and white together-from the nation's capital to New Orleans on public transportation.

Teaching Activities for: ‘A Lynching Memorial Is Opening. The Country Has Never Seen Anything Like It.’ Before reading the article: Examine the Times graphic below, or a larger version here. What does the map show, and from what time period? 2. Who is Bryan Stevenson and what does his organization do, and why? 3. 4. 5. 6. 7. Finally, tell us more about what you think: The article ends with a question from Mr. A grassy hillock rises in the middle of the memorial. Would you like to see the memorial in person? If it were possible to get to the memorial easily, do you think visiting it would be a good choice for a school field trip? In related Times coverage, see “A Lynching’s Long Shadow,” and from the Learning Network, read “Celebrating Black History With The New York Times,” “Text to Text | ‘To Kill a Mockingbird’ and ‘History of Lynchings in the South Documents Nearly 4,000 Names’” and “ 6 Q’s About the News | History of Lynchings in the South Documents Nearly 4,000 Names.”

I Have A Dream Speech Martin Luther King Jr. is celebrated today, Jan. 17, 2011, just two days after he would have turned 82 years old. It’s a great day to revisit the “I Have A Dream” speech he delivered in 1963 in Washington, D.C. Scroll down to read the text in full below. Want to see MLK Jr. himself deliver the “I Have A Dream” speech? I am happy to join with you today in what will go down in history as the greatest demonstration for freedom in the history of our nation.Five score years ago, a great American, in whose symbolic shadow we stand today, signed the Emancipation Proclamation.

Rosa Parks - KIDS DISCOVER Rosa Parks had endured prejudice, bigotry, and injustice all her life. She knew this was unfair and unjust. What made it worse was that there were laws that supported the unjust treatment of black people. The police and government did not treat everyone equally. They did not protect everyone equally. Rosa Parks launched the first major protest of the Civil Rights Movement. When Rosa Parks told the bus driver that she would not give her seat to a white passenger in 1955, she lit the spark that became the Civil Rights Movements. When Rosa’s grandparents were born, there was still slavery in 15 states in the southern U.S. After slavery was ended, it looked like things would get better. Some forms of bigotry were scary and violent. The Ku Klux Klan was a hate group that terrorized black people. Under Jim Crow, many unjust laws were passed that limited the rights of black people. What did segregation mean for Rosa Parks when she was growing up? Rosa Parks on the bus. Martin Luther King Jr.

Remarks by the President on Trayvon Martin James S. Brady Press Briefing Room THE PRESIDENT: I wanted to come out here, first of all, to tell you that Jay is prepared for all your questions and is very much looking forward to the session. The second thing is I want to let you know that over the next couple of weeks, there’s going to obviously be a whole range of issues -- immigration, economics, et cetera -- we'll try to arrange a fuller press conference to address your questions. The reason I actually wanted to come out today is not to take questions, but to speak to an issue that obviously has gotten a lot of attention over the course of the last week -- the issue of the Trayvon Martin ruling. I gave a preliminary statement right after the ruling on Sunday. First of all, I want to make sure that, once again, I send my thoughts and prayers, as well as Michelle’s, to the family of Trayvon Martin, and to remark on the incredible grace and dignity with which they’ve dealt with the entire situation. Thank you, guys.

1963 The March on Washington