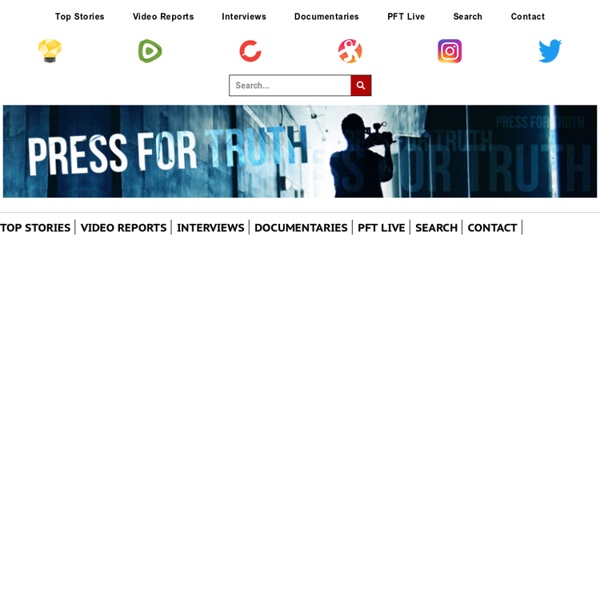 Adam Kokesh Adam Charles Kokesh (born February 1, 1982) is an American libertarian talk show host and activist. A decorated veteran of the War in Iraq, he came to disparage war and advocate nonviolent resistance to power. Variously identifying as anarchist, agorist, voluntaryist, Kokesh has called for a "new American revolution" for the "orderly dissolution of the federal government Eric Zuesse – Obama v. Putin: Their Debate on Crimea (I) - Strategic Culture Foundation - on-line journal > Obama v. Putin: Their Debate on Crimea (I) The Source of the ‘New Cold War’: The Basic Disagreement Between Obama and Putin The basic disagreement between U.S. President Barack Obama and Russian President Vladimir Putin, and the source of the economic sanctions against Russia, and ’the new cold war,’ concerns the question of whether the process by which Crimea separated from Ukraine and joined Russia was, as Obama says, «aggression» by Russia, an illegal «seizure» of Crimea by Russia; or, on the other hand, as Putin says, a thoroughly legal and democratic act by the people of Crimea, to exercise their right of self-determination, via a referendum. Many of the points that will be referred-to, along the way here, are going to be opposite to the views that are widespread in the West; and, so, wherever that is the case, clicking onto the linked source will enable you easily to check what’s being said, if it conflicts with what you ‘know’ or have previously been told. This is like George W. Where, then, does the legal case stand?

World Economic Forum Survey Projects Blockchain 'Tipping Point' by 2023 The World Economic Forum (WEF) has identified blockchain technology as one of its six mega-trends in a new report broadly aimed at outlining the expected transition to a more digital and connected world. Compiled by the WEF's Global Agenda Council on the Future of Software and Society, the report included the results of a survey of more than 800 information and communications executives and experts. Perhaps most notable among the poll's findings is that those surveyed believe the "tipping point" for government use of the blockchain will occur by 2023. For purposes of the survey, blockchain technology was broadly defined as "an emerging technology [that] replaces the need for third-party institutions to provide trust for financial, contract and voting activities".

State Sponsors of Terrorism: US Planned and Carried out 9/11 Attacks, but Blames Other Countries for Them Out MEMRI - Middle East Media Research Institute On the eve of President Obama’s April 2016 visit to Saudi Arabia, the U.S. Congress began debating the Justice Against Sponsors of Terrorism Act (JASTA), that would, inter alia, allow the families of victims of the September 11 attacks to sue the Saudi government for damages. Also in April 2016, the New York Times published that a 2002 congressional inquiry into the 9/11 attacks had found that Saudi officials living in the United States at the time had a hand in the plot. The commission’s conclusions, said the paper, were specified in a report that has not been released publicly.[1] Following are excerpts from Al-Shammari’s article:[3]

Save WiFi/Individual Comments - LibrePlanet Right now, the FCC is considering a proposal to require manufacturers to lock down computing devices (routers, PCs, phones) to prevent modification if they have a "modular wireless radio"[1][2] or a device with an "electronic label"[3]. The rules would likely: Restrict installation of alternative operating systems on your PC, like GNU/Linux, OpenBSD, FreeBSD, etc. Prevent research into advanced wireless technologies, like mesh networking and bufferbloat fixes Ban installation of custom firmware on your Android phone Discourage the development of alternative free and open source WiFi firmware, like OpenWrt Infringe upon the ability of amateur radio operators to create high powered mesh networks to assist emergency personnel in a disaster. Prevent resellers from installing firmware on routers, such as for retail WiFi hotspots or VPNs, without agreeing to any condition a manufacturer so chooses.

Peter Joseph Peter Joseph[1] (born 1979) is an American independent filmmaker and social activist. He has written, directed, narrated, scored, and produced three documentary films called Zeitgeist: The Movie (2007), Zeitgeist: Addendum (2008), and Zeitgeist: Moving Forward (2011). He is the founder of the Zeitgeist Movement and on the steering committee of Project Peace on Earth.[3] Joseph also writes and produces the web series Culture in Decline.[4] In 2013 he directed the Black Sabbath music video "God Is Dead?" Media attention "God is Dead?"

Zeitgeist: The Movie Zeitgeist: The Movie is a 2007 documentary-style film by Peter Joseph. It presents a number of conspiracy theory-based ideas, such as the Christ myth theory, conspiracy theories about the 9/11 attacks in 2001, and argues that bankers manipulate the media and international monetary system.[citation needed] Online Alternative News Sites to be Blacked out During next Major Catastrophic Event? According to what I’m hearing from several sources in my network of contacts, the U.S. government is putting systems in place to black out online news sites like Natural News, Drudge Report, The Blaze and many others. A practice run that took place earlier this week in California has already achieved this result and confirmed the technical ability to make it happen at will. The recent outage of news sites experienced by internet users in California was reported by this article on BeforeItsNews.com and confirmed by The Washington Times, The Blaze and other sites. The Natural News reader service team also recorded numerous complaints from California users who were unable to reach our website even though our site was fully functional and serving pages worldwide.

Ironically, drones could plant enough trees to save our planet Engineers can do some pretty amazing stuff, and ex-NASA engineer, Lauren Fletcher, is no exception. He’s come up with an amazing way to fight deforestation, and here’s how it works… Ex-NASA Engineer, Lauren Fletcher, is part of a start-up company called BioCarbon Engineering that plans to solve the world's climate problems using drones to plant forests of seedlings. Amazing, right?

Jacque Fresco Fresco writes and lectures his views on sustainable cities, energy efficiency, natural-resource management, cybernetic technology, automation, and the role of science in society. Fresco directs The Venus Project.[3] Fresco advocates global implementation of a socioeconomic system which he refers to as a "resource-based economy."[4][5] Early life Born March 13, 1916,[6] Jacque Fresco grew up in a Sephardi Jewish[7] home in Bensonhurst in the Brooklyn borough of New York City.[8]Fresco grew up during the Great Depression period. TPP's Copyright Trap Few arguments around copyright are as self-evidently fact-free as the length of its term. Defying economic reasoning, the astonishingly long period of restrictions has only grown over the years, and frequently the newer, longer terms have been retroactively applied to earlier works. The argument against term extension, and retroactive term extension in particular, is so obvious that the Nobel Prize winning economist Milton Friedman reportedly agreed to sign a Supreme Court brief opposing the most recent extension only on the condition that it used the word “no-brainer.” And yet, copyright term extensions seem to work as a one-way ratchet, increasing every few decades in one country or region, and then getting “harmonized” around the world to match the new maximum.

David Icke David Vaughan Icke (/aɪk/; IKE, born 29 April 1952) is an English writer, public speaker and former professional footballer. He promotes conspiracy theories about global politics and has written extensively about them. He nevertheless continued to develop his ideas, and in four books published over seven years – The Robots' Rebellion (1994), And the Truth Shall Set You Free (1995), The Biggest Secret (1999), and Children of the Matrix (2001) – set out a worldview that combined New-Age spiritualism with a denunciation of totalitarian trends in the modern world.

This is so right on, It's really too bad that so many people still don't believe this IS happening..... by nightshade Feb 20